Stuff to Read While You’re Pretending to Work

NOTE FROM TG: I had written this blog this morning, but apparently the interwebz hates me at the moment, and it never posted. Sorry for the delay.

First things first, I want to send an apology out to my readers for the minor website malfunction yesterday afternoon. Some of you might have noticed that when you clicked onto the site, all that came up was a ginormous message that said:

Apparently, according to the company who hosts my site, I had exceeded my “shared capacity” on their server, and as a result, they suspended my account without any warning. Awesome. I wouldn’t have minded so much if they gave me a little heads up that this was going to happen, but instead they just shut everything down, and I had to spend the better part of the afternoon trying to figure out what the heck happened.

As well, I wasn’t too happy with the whole “Account Suspended” wording. What, “website is temporarily unavailable” was too vague? Jesus, why not just post in flashing neon letters:

Tony Gentilcore is a deadbeat who doesn’t pay his bills.

Either way you look at it, big bold letters that say nothing but “Account Suspended” leaves a lot to the imagination. In the end, however, I guess it’s a nice problem to have. When all is said and done, the only reason why the site crapped out was because it’s grown in popularity and has been getting a lot more traffic.

So, thanks everyone for crashing the site! What’s next? Slashing my tires? No wait, how about kicking my dog in the face?

In all seriousness, I appreciate everyone’s continued support. It’s humbling to know that so many people actually care about what I have to say.

On that note, we’re kicking it into high gear at CP with all the Minor League baseball guys making their way back to the facility. It’s been great catching up with the guys, but this just means the start of a VERY busy next four months. That said, here are a few things to tide you over until I can catch my breath……. 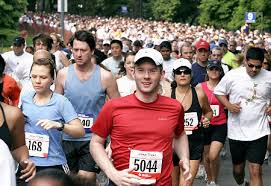 This is a great piece which explains why the whole “type-A, more is better” mentality isn’t necessarily a good thing with regards to the endurance community. My only beef is the fact that they conveniently fail to mention strength training when discussing “cross training,” but that’s just me being a biased strength coach. But come on – yoga and pilates? Really?

Eric forwarded this to myself and several other people this morning, and I thought I’d pass it along as well. For anything even thinking about opening up their own business, I’d HIGHLY suggest you read this. Dave keeps it real in a way that only Dave can.

I received a question recently via my Instagram DM’s and figured it prudent to take some time to write a more thorough response I could share with the masses here. 1. I hope it helps and makes sense. 2. Um, why aren’t you following me on IG? Here’s the question: “What is your response to… END_OF_DOCUMENT_TOKEN_TO_BE_REPLACED

Fitness professionals are notorious for myriad of things: Wearing sweatpants to work everyday. It’s definitely one of the perks of the job. Always forgetting about the protein shake shaker in their gym bag (or in their car) that invariably, three weeks later, ends up melting someone’s face off once it’s opened. Their affinity for smedium… END_OF_DOCUMENT_TOKEN_TO_BE_REPLACED