Consistency and Accountability Part I

UPDATE: Apparently this blog didn’t go up yesterday due to some HTML glitch. I didn’t realize that was the case until this morning when someone pointed it out to me. Thanks random guy named Darren! As for the rest of you who didn’t feel the need to give me a heads up, you’re going to bed with no dinner tonight. Don’t you give me that look! That’s it, give me your iPod!!111!!1

Note from TG: Today’s blog post comes from Henry Lau, who was one of our interns this past summer at CP. A while ago he asked if he could write a guest post for me, and I told him absolutely. Little did I know, however, that he was going to go all Bret Contreras on me and send me a six page opus…..single spaced, no less. It’s all good, though. Henry came through, and provided some great insight.

Consequently I had to divide it up into two parts; kinda like the new Harry Potter movie coming out, except not really. Enjoy.

Case Study: How someone lost over 50lbs in less than one year.

Here is a little background information about the client, named Bruce, who went from 223lbs to his current 170lbs. He put on a lot of weight during college because of his lifestyle choices. He consumed alcohol quite a few times a week and ate a lot of processed calorie dense foods. He always blamed his weight gain on his metabolism. In fact, he does have a metabolic disorder called hypothyroidism. It’s a disorder in which the thyroid gland does not make thyroxine anymore. This hormone helps regulate the body’s basal metabolic rate, macronutrient (fats, carbs, and proteins) metabolism, and other body processes. Keep that in mind while reading this study. 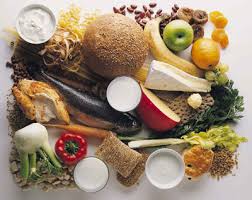 Now that Bruce has graduated from college and is out in the real world, his environment has changed. No longer does he have the convenience of a dining hall whenever he becomes hungry. He no longer can go out and party every night with his suitemates consuming large quantities of alcohol. He has a sedentary desk position that he leaves a couple times a day for work related trips. He realized the gym isn’t walking distance from his dorm and he doesn’t have all the amenities he had during college. 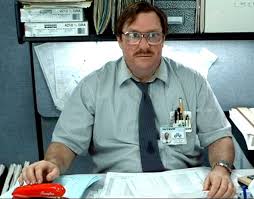 He took it all for granted; he now has to drive 20 minutes to get to the gym and cook his own food. That made him appreciate exercise and food choices much more since he had to put more time into where he was going to exercise and what he was going to eat. Psychologically, you would think that would have a negative reaction, however, for Bruce it was a positive reaction to his lifestyle choices.

Now let’s talk about why you are reading this: What habits, exercise programming, nutritional methods did he use to quickly lose that much fat and keep it off?

The factors that helped him the most were having determination, being accountable for his actions, and consistency with his program. There were times he had to do things he didn’t want to do, but his determination helped him get through many things. Examples of the problems Bruce encountered in his lifestyle changes were:

Maybe some of that might apply to you reading this right now, most of it sounds pretty simple though. Weight loss is not as complicated as many individuals take it. You need to eat less and move more.

What throws a monkey wrench into everything is trying to put a plan together that will systematically accomplish both. Bruce’s problems were that he has a busy schedule, he did not know how to cook good tasting foods, did not know what to eat, nor how to exercise, which is something that can be applied to a lot of people. Getting out of one’s comfort zone to start this type of lifestyle change is usually the most difficult part.

This is where I helped Bruce: I showed him a few recipes he could easily make and gave him a list of foods that are unprocessed and healthy with a high volume to calorie ratio to eat. I gave him a few tips on how to plan his day to be congruent with his weight loss goals and an exercise plan he was comfortable with enough so he could complete it successfully. These habits were slowly put together and engrained into his life.

It’s not uncommon that he started off slow but still lost on average, 1.5-2lbs a week in his initial phase . It wasn’t that one day he went from eating three meals a day to eating six, or went from going to the gym once a week to four times a week, and all of sudden turned into Wolfgang Puck in the kitchen overnight. 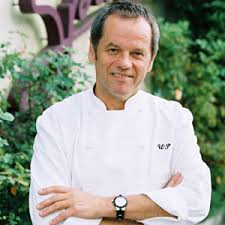 He worked slowly on everything, didn’t take the “more is better attitude,” and the results rolled in. In short, he was CONSISTENT and focused on realistic and attainable goals.

What Bruce has done is awesome, and he has received so many compliments over his transformation. The positive feedback he receives motivates him to continue to reach for his goal of 165lbs. Not only that, he also feels more confident about himself, he does not have random chest pains, he walks without any hip problems, and everything in his life is just easier for him.

Not surprisingly, with all the compliments he has received, he has also received his fair share of questions on how he did it from his friends, family, and co-workers.

And that, will have to wait until part two.

I’ve been a fan of “offset” loading for a number of years now. Without getting too deep in the weeds on what offset loading is and what the benefits are… …it’s when you either stagger your foot or hand position on certain exercises OR you load an exercise a certain way (how you hold a… END_OF_DOCUMENT_TOKEN_TO_BE_REPLACED

Last week I received an email from Jon Goodman. At first I thought he was going to extend an invite to me to come up to Toronto for a weekend of watching Jean Claude van Damme movies. But that wasn’t the case. Fingers crossed for next time. Nope, instead Jon was curious if I’d be… END_OF_DOCUMENT_TOKEN_TO_BE_REPLACED