How Not To Be a Sucky Trainer x Infinity

Below is an excerpt of an interview I’m currently doing with fellow strength coach, Dean Somerset. I’m not going to beat around the bush; it’s 4:45 in the morning as I type this, and rather than try to be my witty self and come up with something well, witty, I figured I’d share just a teeny tiny piece of the interview below. Sorta like a teaser, except without any cool explosions, kung-fu trickery, and boobies.

To give a little background, Dean asked what I felt were some of the common mistakes that trainers make and what they can do to get better. In a word, how they can be less douchey (my words, not his).

1. I’ve touched on this in the past, but it’s something that needs to be reiterated. Many new trainers and strength coaches coming into the industry today have an overwhelming sense of entitlement. They think that because they have a degree and read two articles on t-nation.com, that they should be training professional athletes on day #1, and that training regular Joe’s or housewives is beneath them.

Get over yourself. I think I was training people for five years before I worked with my first professional athlete. What’s more, I think there’s a lot to be said about “paying your dues” and working in a commercial gym setting for a year (or two).

Granted you’re constantly going to fight the urge to want to wash your eyeballs with broken glass from all the asinine things you’ll inevitably see:

Even still, the opportunity to train a wide variety of clientele with different needs and different goals is priceless. You’ll learn a lot about yourself, and soon understand that being a great trainer is just as much about the book smarts as it is about being “gunny” a people person.

2. I used to work at a fairly popular gym in downtown Boston and remember one day overhearing another trainer say, I kid you not, “I’ve learned all I’ll ever need to know in this industry.”

If there was ever a time I want to slap the face off of someone it was then. What a pompous, arrogant prick. You have guys out there like Mike Boyle who have been doing this longer than most of us have been alive still trying to get better – reading, attending seminars, and networking.

Likewise, many of the other top names in the industry – Alwyn Cosgrove, Gray Cook, Eric Cressey, Mike Robertson, Lee Taft, Dan John, Stuart McGill, etc – are all still making an effort to go to seminars, travel and talk shop with other coaches. All of them are STILL learning. You should too.

3. Not being able to distinguish between whether this is a hobby or a career. It’s readily apparent who’s who out there. People who view this as more of a hobby are the ones who think that just because they have a six pack, they know how to train people.

Moreover, these are the ones who walk around wearing sleeveless UnderArmour shirts, bragging about who they banged the night before while taking their client through an entire training session on the Smith Machine. What’s more, they do this exact same “shtick” with every….single….person.

Conversely, those who take it a little more seriously and view this as more of a career are the ones who give a shit. They take pride in their appearance, actually learn how to coach their clients, are punctual, write programs and not workouts, read tonygentilcore.com (HA!), and don’t use the Smith Machine……..ever. Except for maybe as a coat rack. 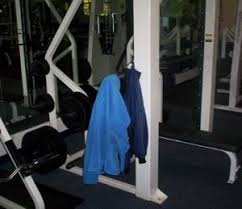 4. Learning functional anatomy. I’m going to be brutally honest here. What you learn in college pales in comparison to how you apply that knowledge in the “real world.” Sure, it’s cool knowing all the insertions, origins, and actions of every muscle; hell, it could serve a nice little ice-breaker at a bar (excuse me, but is that your Quadratus lumborum, or are you just happy to see me?), but it’s never really that cut and dry.

As an example, most would view the glute medius as soley a hip abductor. That’s what we learn in school anyways. But what many fail to recognize is that the glute medius has an anterior/posterior component which takes on different roles depending on the positioning of the hip (hip flexed = external rotator, hip extended = internal rotator). Furthermore, as a lot of recent research has indicated, the glute medius plays a huge role in anterior knee pain.

The point I’m trying to make is that functional anatomy isn’t just about insertions and origins, and it’s certainly not as black and white as some make it out to be. Rather, it’s a pretty broad topic that will undoubtedly make you a more efficient trainer in terms of understanding how the body works in the long run.

That being said, it goes without saying that it’s an intimidating topic for many (myself included). Throwing myself into the fire, I’ll be the first to admit that functional anatomy isn’t one of my strong points and something that I need to brush up on consistently. Sure, it helps that my business partner, Eric Cressey, is Rainman when it comes to that stuff, but I still try make an effort to immerse myself in it as much as I can.

To that end, here are some of my go to resources:

Kinetic Anatomy – more of a “beginners guide to anatomy” than anything else, but a resource that I find I use quite often.

Assess and Correct – without question of of the best resources out there in terms of assessment AND corrective strategies. HINT: taking your client through the Cybex circuit isn’t an assessment. It’s a complete waste of time. 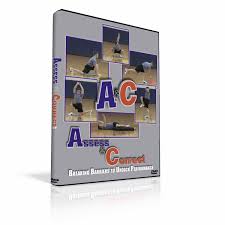 Form and Function – not quite as well known as other books out there, but one that really helped me to gain a better understanding of the body. It’s been updated, so I need to re-read it!

Gray Cook’s Secrets of the Shoulders – the entire set consists of four DVDs, but I really felt this one in particular had a fair amount of “ah ha” moments for me. Gray has a tendency to do that to a lot of people.

All in all, I could easily go all Bret Contreras on you and type up 117 more points I’d like to cover, but 1) I have to pee like a mofo, and 2) I think you get the basic idea. I love you.

People are often surprised when I state I’m an introvert. Confessions of an Introverted Strength Coach What most people fail to recognize is that “being an introvert” is part of a spectrum. No one is 100% introverted, nor are they 100% extroverted. Everyone’s a little of both. Another common misconception is that introversion is somehow… END_OF_DOCUMENT_TOKEN_TO_BE_REPLACED

I can sense the eye rolls already. “Really, Tony? A post on New Year’s resolutions? How profound and unimaginably unique!” Touche. I can appreciate that there’s no shortage of similar posts you’ve undoubtedly come across in recent days. You’re likely thiiiiiiis close to introducing your forehead to the keyboard in front of you.  What could… END_OF_DOCUMENT_TOKEN_TO_BE_REPLACED