Q and A: Nutrition Shiznit (Literally)

Q: You’re often talking about how women need to eat. I would really appreciate a post with actual suggestions of what to eat, meal suggestions for a couple of days maybe; particularly for someone who’s working out (HIIT and lifting heavy things, but not power-lifting) 3-4 times a week. I know what to eat in theory but it gets seriously boring and my imagination when it comes to food isn’t all that great.

A: I’m afraid my answer is going to be pretty standard here. Almost weekly I get my balls busted from some of the pro-baseball guys or even some of our high-school/college athletes because I tend to eat the same things on a daily basis.

Dude, don’t you get sick of eating fruit? 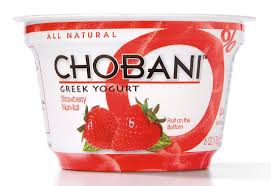 Blahbidy, blah, blah, blah. I usually just respond with something along the lines of, “don’t you ever get sick of not having a six pack.” I win!

I know there are a lot internet gurus out there who like to play into this notion that there’s a secret formula or some magical system that will lead to optimal results (whatever that may be). To a small degree, I guess there is. Some of the time, people just need some semblance of structure, or someone to tell them what to do. But if we’re really honest with ourselves, I think we can all agree that it isn’t that hard to figure out that eating Haagen Dazs before bed probably isn’t the ideal choice. We don’t need Stephen freakin Hawking to tell us what to eat, no matter how complicated we may think it is. 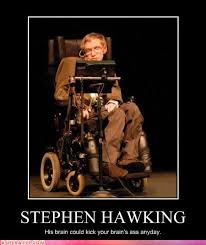 Note: And yes, I just made a Stephen Hawking reference in a nutrition post. Wow, that’s kind of impressive.

That said, I think it’s safe to assume that you’re not one of those people who’s making horrible food choices. Rather, you’re just stuck in the “I’m going to throw up in my mouth if I have to eat one more chicken breast” black hole of eating the same things day in and day out. As someone who’s been there, done that, I can sympathize. 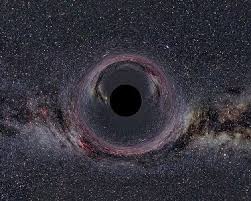 Nonetheless, if you look at the commonalities of what most “healthy” people eat, it’s typically going to revolve around a lot of lean meats, fruits/veggies, lots of complex carbohydrates, healthy fats, and minimal white sugar/flour, high gluten foods. Put another way, they EAT REAL FOOD. While I don’t like to live my life in absolutes, most (not all) of the time, if you were to avoid foods that come in a box, can, bag, or from a movie theater you’re setting yourself up for success.

Given that everyone is different, and everyone has different goals, likes, and dislikes it’s pretty much impossible to narrow things down to specific foods to eat- particularly over the interwebz. Generally speaking, however, here are some general rules to follow:

– Eat a lot of dead animal flesh (rough estimate, one gram per lb of body weight).

– While we often don’t like to admit it, mom is always right. Eat your fruits and vegetables for the love of god (preferably with every meal). To quote Jonny Bowden, “there’s no such thing as a bad fruit or veggie.” Check out The 150 Healthiest Foods on Earth for some ideas on how to get more variety into your daily repertoire. 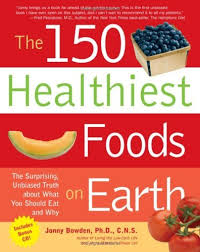 – As noted earlier, limit your processed foods (think anything that’s white). And since someone’s going to chime in and be an a-hole: No, I’m not referring to rice and potatoes – although an argument could be made for those looking to get uber shredded.

– DO NOT avoid fats. Stuff like “real” butter, coconut oil, nuts, etc are fantastic, and anyone who tells you saturated fat is bad for you needs to be drop kicked in the baby maker.

– Don’t even talk to me about supplements if you’re not at least eating breakfast.

– This could be a blog post in of itself, but I like to follow more of an “instinctive” approach to counting calories. On days where I train my legs, for instance, I tend to inhale food. On days where I just go through a GPP circuit or take it off entirely, I tend to lower my total kcal intake. I don’t know, it just seems like common sense. I’m able to maintain my current weight (~200 lbs), and can stay relatively lean at the same time.

– Carbs have their place. Taking it a step further, we could say you’d want to limit the bulk of your carb intake to breakfast and/or post-training times only (again, depending on your goals).

– Live a little. It’s okay to have pizza and eat dirty Mexican food from time to time. Just don’t make it a weekly event.

Really, I could go on forever, but that’s why resources like Precision Nutrition or Leigh Peele’s Body by Eats exist – they do the thinking for you, and they make my job easier as far as pointing people in the right direction. In short, you can think of them as the bibles of when, what, and how much to eat. Or, at least they serve a nice starting point.

To that end, I’m off to Maine for Eric’s wedding this weekend. Bring on the Italian cookies!!

People are often surprised when I state I’m an introvert. Confessions of an Introverted Strength Coach What most people fail to recognize is that “being an introvert” is part of a spectrum. No one is 100% introverted, nor are they 100% extroverted. Everyone’s a little of both. Another common misconception is that introversion is somehow… END_OF_DOCUMENT_TOKEN_TO_BE_REPLACED