As is the case every Friday night, I typically come home from work around 6 PM, give Lisa a high five, grab my laptop and a few books, toss them into my backpack, and walk down to the local Starbucks or Panera Bread to have a little “Tony Time.”  Tony Time, for all intents and purposes, is just a 3-4 hour window where I can just kinda veg out, march to the beat of my own drum, catch up some reading or writing, maybe catch a movie, or simply walk around with no rhyme or reason.

Some people re-energize after a long week by going out with friends or colleagues and getting plastered during Happy Hour.  I, on the other hand, prefer to keep it low key and just peruse the local bookstore.  Or, sometimes I’ll do something manly and chop down a tree or something for the hell of it; but mostly I’ll just go into nerd-mode and read for a few hours.

That being said, this past Friday just so happened to be the Friday where Lisa was having three of her friends over for some Mary Kay make-over that she had won by dumping her name and number into some random bowl at a local salon a few weeks prior.  Not that it has to said, but I’d rather pass a kidney stone…….twice, than experience three seconds of that.  So, with backpack in tow, I hightailed it out of there.

I arrived at Panera, ordered some food, signed on to the free Wi-Fi (sweet!), and set up shop for a few hours.  Namely, I just caught up on my “Stuff You Need to Read” folder that I inundate on a week-to-week basis with blog posts, newsletters, and articles that I otherwise just don’t have the time to read during the week.

I read a lot of stuff.  However, one article in particular really resonated with me and gave me one massive, unadulterated, “why the heck didn’t I ever think of that” moment that, frankly, I hadn’t had in a loooooong time. 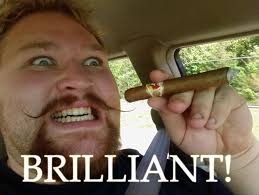 As some of you are well aware:  one of my main goals in life is to have a tickle fight with Alicia Keys deadlift 600 lbs.  Recently, though, I’ve been failing miserably.  Without going into all the boring details, I messed my back up not too long ago, and well, I’ve haven’t been pulling anything too significant since late Spring.  It was nothing too serious – I could still train hard – but it’s been fairly frustrating not being able to train like I normally would if I were 100% healthy.  Actually make that more 90% healthy – I can’t even remember the last time I was 100% healthy.  Is that even possible?

Anyways, as of late I’ve been feeling like a rock star with my training, and it’s only been within the past three or so weeks that I’ve really been able to ramp up my deadlifting shenanigans.  Of course, as always, it’s been a struggle for me to try to figure out how I can go about taking my 570 lb deadlift to the next level and try to hit 600.  Of course, if I wanted to get sloppy and put on 30-50 lbs, I could probably do it.  But I like staying lean, and everytime I start pushing the envelope and try to amp up my deadlifting volume, my body just takes a beating.

And that’s the key word to consider: volume.

I had an epiphany over the weekend after reading THIS article.  I do waaaaaaay too much when it comes to deadlifting.

Now, full disclosure:  My body responds very well to volume – especially when it comes to deadlifting.  In the past, it wasn’t uncommon for me to pull heavy(ish) twice per week, and following that protocol definitely helped take my pull from a paltry mid 300s to over 500 lb deadlift.  Thing is, I didn’t adapt.  I continued to follow the same format, thinking that that was what I needed to do to get to 600.  I’m starting to think I was an idiot.

You see, deadlifting is a pretty CNS intensive movement, no matter what.  Even more so once you start talking about pulling upwards of 2x-3x bodyweight.

So, to make a long story short, like I said, I had an epiphany after reading about Vince Urbank and how he went about taking is deadlift to the next level.  This is Vince making 881 lbs his bitch (FML):

Anyways, in the article linked to above he basically said that he had this system that took him from 500ish to high 600s, which entailed hitting a PR every week for three weeks.  It looks like this:

Week 1:  work up to a PR.
Week 2:  assuming he hit one the week prior, try to hit another PR.
Week 3:  same.
Week 4:  no deadlifting and just hammer accessory work (basically give the spine a breather and deload).
Week 5:  start cycle over again, make people crap their pants.

If, at any point, he MISSED a PR, he’d take a week off (from deadlifting).

Moreover, after hitting a PR, he’d drop the weight and maybe do 1-2 sets of high(er) rep sets.  Nothing too hard.  Get some quality reps in, call it a day, and move on.

So simple, yet so freakin smart.

As I noted above, after reading that, I came to the conclusion that I do waaaaaaay too much volume – as far as hitting a 600 lb deadlift is concerned anyways.

I need to stop with this 4×5 nonsense that I’ll often throw in after hitting a heavy single.  Instead, I’m just going to try this system and then perform a metric shit-ton of GHRs so that my hamstrings will eventually have to be given their own zip code.

I’ll keep everyone posted, but I’m really pumped to give this a go.  Seriously, I’m an idiot.

STUFF TO CHECK OUT FIRST 1. Virtual Coaching Competency Workshop – March Since I won’t be traveling anytime soon to present, I decided why not bring one of my workshops to YOU? I will be putting on my popular Coaching Competency Workshop this March over the span of three weekends. I figured chances would be high many attendees would… END_OF_DOCUMENT_TOKEN_TO_BE_REPLACED

What is strong? That’s a good question, and one I feel I don’t have a concise way of answering. I mean, some questions are a cinch to answer: Q: What would be your weapon of choice during the zombie apocalypse? A: Easy. Samurai sword. Q: If you could pick one career to have what would… END_OF_DOCUMENT_TOKEN_TO_BE_REPLACED