The Art of Indicator Sets

I know, I know.  I’ve been MIA this week from a blogging standpoint, and I apologize.  I could just lie and say I was out rescuing puppies and otherwise saving the world, but I’ve used that joke before.  In actuality, a few things have come to fruition this week that have prevented me from gracing you with my presence this week:

1.  SPAM (<==== and not the good kind1).  Lately, the site has been getting inundated with spam, and my web guy has assured me that he’s on it.  In fact, he’s informed me that he’ll be switching the back-end of my site to WordPress which is awesome.  My original site was through WordPress, and I really loved the simplicity and convenience of it.  So, with that said, you should start seeing some slight aesthetic differences with the site moving forward.

Most importantly, though, I’m hoping that the WordPress format will help with the spam comments.  Yeah, I’m talking to you whoever the jaghole is who keeps posting as Ugg Boots Uggy 2000.

2.  As I noted earlier this week, Lisa and I adopted a cat, which has certainly been a change of pace for me.  I grew up with dogs, and always envisioned myself as an adult with a dog, too.  But living in the city kind of throws a monkey wrench into things when you have to deal with landlords.  What’s more, both Lisa and I are gone for the majority of the day, and it wouldn’t be fair to leave a dog in the apartment all day alone.

Anyhoo:  Dagny has been slowly coming of out of her shell, and she’s starting to warm-up to the two of us. What the Heck Is An Indicator Set?

In light of EC hitting a 700 lb (trap bar) deadlift earlier this week, and with my little experiment kicking into high gear with my quest to a 600 lb pull, I wanted to share something that happened to me yesterday that should serve as a nice talking point.

I’m not going to lie, after watching EC pull 700 the other day, I was fired up to get after it as well, and had every intention of attempting to break my own personal best yesterday.  Two weeks ago, I dominated 550 lbs (conventional).  Last week, I crushed 560 lbs.

So, as I was driving to work yesterday, the plan was to show up at the facility, warm-up, crank a little Mobb Deep over the stereo, get angry enough to want to fight a tornado, and hit a new PR of 575 lbs (previous best of 570).

On paper it looked like a done deal.  But once I started training, things didn’t go quite as planned.

An indicator set basically lets me know whether or not I have “it” that day.  For instance, in the previous two weeks, 455 lbs literally flew up.  Based on how my bar speed was, and how effortless the set felt, I knew I could make a run for a high 500s pull.  Put another way, I gave myself the green light to go for it, and I did. 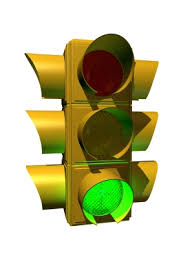 Conversely, yesterday, 455 felt like absolute garbage.  It felt slow off the ground.  And it felt even slower at lockout, which I normally never have any issues with.  The only indication I got was that if I even attempted to go any higher, I’d run the risk of shitting my spine.

So, I did the smart thing and called it.  I re-racked the plates, and went on and did my accessory work:  DB reverse lunges, a little pouting in the corner, and some pull-throughs. 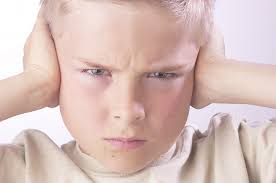 While it’s not a perfect system; nor anything remotely scientific, I do feel that having the ability to “feel” whether or not you’ve got the juice on any given day is something that can be learned, and something that many trainees should pay more attention to.

Muscle fatigue is one thing, but when your CNS is fried, that’s something else entirely.  In a way, it’s kind of like trying to hammer a square peg into a round hole.  It ain’t gonna happen.

When you think about it, what I’m describing is cybernetic training at it’s finest.

To that end, moving forward, I encourage all of you to start utilizing indicator sets as part of your warm-up.  Pick a weight during your warm-up that you can use to “gauge” where you’re at that particular day.  You’re not going to have your A-game every single time, and it’s perfectly okay to take a step away from the stupid, call a spade a spade, and just get some quality work in rather than run the risk of hurting yourself.

Trust me.  The whole mindset of lift heavy or go home – while admirable – isn’t always the best approach.

STUFF TO CHECK OUT FIRST 1. Virtual Coaching Competency Workshop – March Since I won’t be traveling anytime soon to present, I decided why not bring one of my workshops to YOU? I will be putting on my popular Coaching Competency Workshop this March over the span of three weekends. I figured chances would be high many attendees would… END_OF_DOCUMENT_TOKEN_TO_BE_REPLACED

What is strong? That’s a good question, and one I feel I don’t have a concise way of answering. I mean, some questions are a cinch to answer: Q: What would be your weapon of choice during the zombie apocalypse? A: Easy. Samurai sword. Q: If you could pick one career to have what would… END_OF_DOCUMENT_TOKEN_TO_BE_REPLACED