Outside of majoring in “Humanities” during my first few years in college, and taking the obligatory Introduction to Philosophy class to fulfill my course requirements, I don’t consider myself much of a philosophical person.

Point blank: I’m not one to sit around and contemplate the meaning of life, why we’re all here, or to argue about which came first: the chicken or the egg?

I tend to leave those sort of things to people who drive Priuses and/or take yoga classes (I keed, I keed).

Start a conversation with me on Star Wars mythology or the writings of Kurt Vonnegut (or boobs) and you’ve got my attention.

So, yeah, I don’t consider myself a philosophical person per se. I put my socks on like everyone else. But something struck a chord and jostled my thought process yesterday as I was sitting in my car listening to sports talk radio. And it was this one simple quote:

Think about it. Let it sink in for a moment.

The easy analogy here – and most fitting – are the things we do in the weight room.

I don’t know about you, but I don’t go to the gym day in and day out because it tickles.

I do it because I want to feel strong, look strong, and have pecs that could deflect bullets.

However, how many times have we noticed someone do the same routine, with the same exercises, in the same order, with the same amount of weight, routinely, who look exactly the same now as they did three years ago?

Hell, I’m sure everyone reading knows a friend, family member, colleague, arch nemesis (I’m talking to you Megatron!) who falls under this umbrella.

I’ve worked with countless numbers of people in my ten years as a personal trainer and strength coach.  98.5% of them “get it.”  Meaning, they know they have to put in the work in order to get the results.  They don’t just expect muscles to magically appear or to walk underneath a rainbow and lose five dress sizes.  They have to EARN it.

They’ll do what they’re told – throw some barbells around, push the Prowler, swing some kettlebells, perform endless numbers of push-ups and chin-ups, call me every swear word in the dictionary – and love to hate it.

This isn’t to say one must train to the point of passing out or shitting their liver in order to reap any benefits. That’s a bit much.

Conversely, it is a way to showcase to those people that feel that, just because they “showed up” and made an 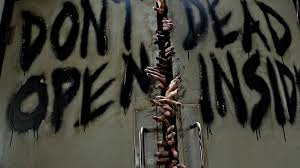 appearance at the gym doesn’t really mean anything.

Why drive to the gym only to walk on the treadmill?

For many, they’re lucky if they elevate their heart rate during their “workout” any higher than if they just stayed home and watched an episode of The Walking Dead.

Very generally speaking, those people who have physiques and fitness levels we most admire (and desire) are those who strive for, yearn, and ACCEPT discomfort.

I know I’ll catch some flak for saying this, but a glaring example would be people who tend to gravitate towards “cardio.”

Performing dedicated (steady state) cardiovascular work is important and it does serve as an component to a well-rounded fitness program. But I do feel it’s often drastically OVER-emphasized because, well, it’s easy.

And while I don’t want to make this into some anti-cardio diatribe, one of the main reasons why I feel there comes a point of diminishing returns is because you have do MORE of it (steady state cardio) in order to get the same training effect.

As one becomes more “efficient,” they have to do more work in order to burn the same amount of calories.

And just working out for the sake of burning calories is kinda lame.  As my friend Bryan Krahn noted in a recent post:

Here’s a thought. Say you hit the treadmill for three 1-hour runs per week. What does it do? Well, it burns a bunch of calories, improves your cardio vascular capabilities, yadda yadda. Fantastic. And that’s about it.

(A big part of my training code is to expose yourself to new things, identify any weaknesses, and then address them. I call it having no holes in your game. More on that later.)

What’s more:  if given the choice between a few rounds of 400m tempo runs or a nice-and-easy “workout” on the elliptical while watching Ellen…….what do you think most people will end up choosing?

The latter.  Because it’s less uncomfortable.

The same idea can be applied to lifting weights as well.  In order for a muscle to grow you need to apply enough of a stimulus to break down the actual muscular filaments – actin and myosin. Assuming ample recovery (and calories) are applied…….you progressively get bigger and stronger.

Again, many trainees miss the mark here.  There’s a definite lack of intent and purpose in the way a lot of people train.  Makes for great entertainment though!

Moreover, this discussion lends itself EASILY – and  maybe more importantly – to life as well.

Sometimes – okay, almost always – taking the road less travelled; whether its taking a risk and moving to another city to pursue a new career, taking even more of a risk and FINALLY asking that cute barista out, getting rid of the cancers in your life (the people who put you down or otherwise serve no other purpose other than to drag you down), trying a new type of food, or going for broke and watching a foreign film with subtitles (look at you, all cultural and stuff)……..all of it……

…..will lead to some form of growth. 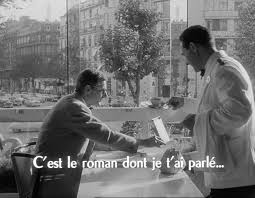 Throwing myself in the spotlight I can think of a handful of scenarios where taking a risk served a greater good in my life.

It sounds borderline creepy – but Eric Cressey and I met on the internet.

We knew each other through a couple of training forums (T-Nation being one), and met for the first time in the summer of 2004 when a group of people from another forum decided to meet up in NYC for a weekend of tomfoolery, libations, and of course, pizza.

Fast forward two years, I was still in central NY working as a personal trainer and Eric had just finished grad school at UCONN.

Eric called me up one day and mentioned that he had gotten a job at a gym in Connecticut and that the people who owned it were still looking for another trainer. Knowing that I wanted to get the hell out of dodge, he thought that maybe I should look into it?

I did. I was hired.  And in less than two weeks, despite some major reservations and second guessing myself, I was moving to Connecticut to start a new job with a dude I met over the internet and whom I had only met once. In NYC. Two years prior.

Understandably, I had to assure my mom that I wasn’t going to get murdered.

In the end, I think it all turned out pretty well.

And then there was that one time Lisa had me try to some kimchi.  Worst freakin idea ever!  It was like biting into a piece of battery acid. But hey:  I tried it.  You win some, you lose some.

Discomfort, trying new things, taking risks, doing things differently, or being comfortable with being UN-comfortable is probably one of the best things you can do for yourself.  Both in the gym and in life.

Try it. I think you’ll like the end result.

When Dean Somerset & I created the Complete Shoulder & Hip Blueprint and the (Even More) Complete Shoulder and Hip Blueprint (both currently on sale for the next 72 hours at 40% off their regular price…wink wink, nudge nudge) our goal was to provide a resource for people to better connect the dots between assessment… END_OF_DOCUMENT_TOKEN_TO_BE_REPLACED

All My Stuff Is On Sale This Week

Just so we’re clear, by “all of my stuff is on sale,” I don’t mean my stuff stuff. My furniture, appliances, car, vintage t-shirts, and movie quality Chewbacca masks are off limits. No, what I am actually referring to are my digital continuing education resources: Complete Shoulder & Hip Blueprint  (Even More) Complete Shoulder & Hip… END_OF_DOCUMENT_TOKEN_TO_BE_REPLACED