5 Traits of a Successful Coach

Ask ten different people their opinion on what traits or characteristics make for a great or successful (strength) coach and you’re bound to get ten different answers and iterations. 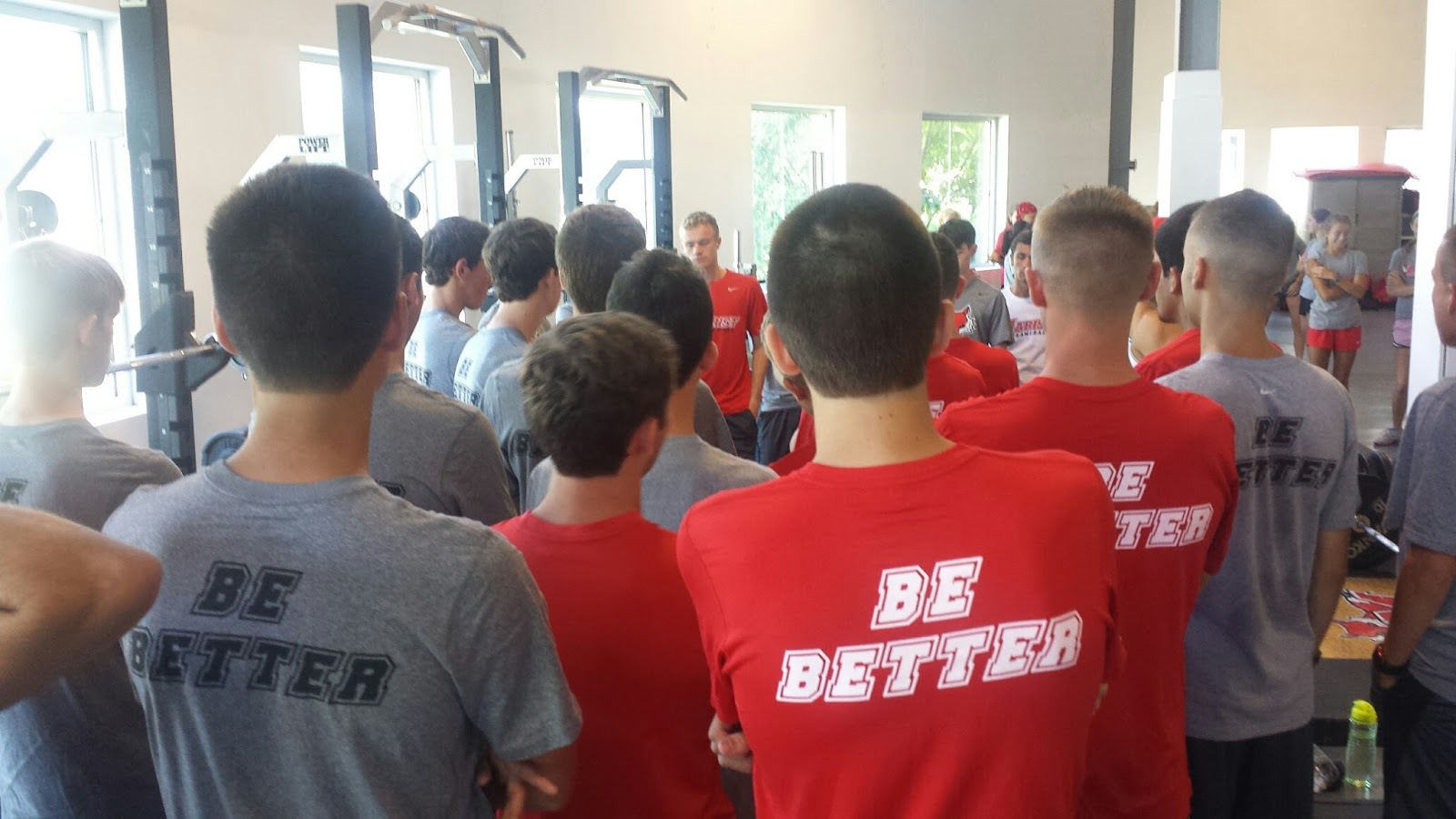 Some will use adjectives like strong, experienced, knowledgable, professional, motivating, or destroy the back of my pants scary.

Others will use less germane markers such as bald, has an epic beard, fights rap moguls, or sleeps with a copy of SuperTraining underneath his or her’s pillow at night.

All are important – some more so than others – and all can be used to describe many strength coaches – or any kind of coach for that matter. What’s more: it’s not an exhaustive list.

Today, though, I’d like to cover some less obvious characteristics I feel constitutes a great (strength) coach and/or personal trainer. Some are based off of my own personal experiences (Read: baldness), while others fall into the camp of “it’s true because it’s my blog.”  And, because I said so.

Seems like an obvious point to start with, right? But it amazes me how many “coaches” out there don’t train anybody. Like, ever. In real life.

Such is the paradox of the technological age we live in. The internet has made everyone into an “expert” or authority all because they 1) say it in their byline or as part of their “About Me” page.1 or 2) have “x” number of followers on social media.

Listen, having thousands of followers on Twitter or Instagram is impressive. Anytime you have that many people interested in what you have to say, you’re obviously doing something right.

But don’t call yourself a coach or “expert” if you’re not actually coaching people.

And this is where things get little murky. The weeds get a little higher.

This isn’t to disrespect or devalue those who make a living doing more online “coaching.” I understand that sites and apps like YouTube, Skype, FaceTime, and Periscope have made the barrier to interaction much less cumbersome.

I have many friends and colleagues who do really well for themselves coaching people in a distance based fashion. They’re able to help more people this way, and they get people results. I can’t bemoan that.

However, I also still spend 25 hours per week at the facility coaching athletes and clients. In person. That’s still very important to me. It keeps me fresh and on my toes. Moreover, if I’m going to sit here and write blog posts and articles about how to train people, I sure as shit better be practicing what I preach. There’s a degree of integrity that comes with the territory.

I’m willing to bet there are many smart people on the internet who would probably suffocate in an avalanche of fail if asked to coach and troubleshoot someone’s deadlift technique in person. Yet they’re an expert.

I think many people who come to Cressey Sports Performance to observe are surprised to recognize that none of the staff is too “Rah Rah” with their approach.

Sure, we’ll get animated, crank up the music, and pump people up when it’s needed and warranted. But for the most part we’re a pretty civil bunch of coaches.

I’ve spoken to this topic at length in past with my popular two-part article Confessions of an Introverted Strength Coach PART I and PART II.

To be clear: no one – coaches included – is 100% introverted or extroverted. We’re a mix-n-match of the two. What I find unfortunate is that it’s the more introverted side of the spectrum that tends to get the shaft.

Introversion is often seen as aloofness or worse, a weakness. When all it really means is that some people are “mentally drained” in more social environments and need a little more “me time” to re-charge.

As such, those who are more introverted are often forced to be something they’re not. Much to the detriment of their comfort level, happiness, and career success.

Extroversion – while having its own set of advantages AND disadvantages – is seen as a strength and preferred trait in our society.

We introverts have a TON to offer as coaches, and I’d encourage anyone who falls into this camp to embrace their introversion, understand that compromises are going to have to be made, and that preferring to hang out with your cat on a Friday night is total boss status.

Pigging back on the previous point, CSP coach Tony Bonvechio brought up a really neat concept I never heard before this past weekend during our annual Fall Seminar.

Well first he nailed home the point on how using more EXTERNAL cues when coaching is far superior to using INTERNAL cues – especially when working with beginner and intermediate level lifters.

The part which I felt was really cool, however, was the idea of “Pull” coaching vs. “Push” coaching.

Both scenarios enter the picture and have a time and place, but I’d argue we need more of the former compared to the latter. As a coach I want to EDUCATE my athletes and clients to be their own best asset. I don’t want them to have to rely on me for everything.

I think far too many coaches and personal trainers push at the expense of pull…and empower their athletes and clients to have the luxury to do things on their own.

4. Insatiable Desire to Get Better

Dan John sits in the front row whenever he attends a workshop or seminar. Mike Boyle still attends numerous events every year and is never afraid to backtrack or admit when he’s wrong. Robert dos Remedios is the same. Eric Cressey just bragged the other day he’s listened to 25 books on Audible this year.

With the exception of Eric, all have 25-30+ years of coaching experience, and all are still striving to get better.

You’ve got it all figured out huh? No need to continue to learn from others, right? It’s YOUR way or the highway. Got it.

5. Lets Stop With the “Grinding” and “Hustling”

We see them on Facebook all the time. The “Grinders.” The ones who are soooooo busy and soooooo swamped and have sooooooo much more of a work ethic than everyone else.

Then why are you on Facebook telling everyone about it all the time?

Listen, I can appreciate people with work ethic. And I’ll be the first one to champion hard work and the notion that nothing happens without some degree of sacrifice and inconvenience.

But please, spare us the inspirational quotes and grandstanding because you happened to get up before 6 AM two days in a row or, I don’t know, haven’t eaten a carb since Saturday.

Grinding is four tours of duty in Iraq and Afghanistan. Grinding is raising a child as a single parent. Grinding is going through intensive chemotherapy and still putting a smile on your face.

It has nothing to do with bragging about training eight clients in one day.

To “rise and grinders.” Love the work ethic, but there’s only a finite # of hours a week you’re an affective coach. Keep that in mind.

It’s not a coincidence most trainers/coaches putter out after two years. They hate life.

I understand if bills needs to be paid, but be cognizant that there are only a finite number of hours where you’re an affective coach and where you’ll inevitably burn out. There’s is a healthy balance.

And when you find it, you can spare us the grandiose notifications on your wall.

Being human means being enamored by a litany of things in the health/wellness/physical preparation realm. Some people are easily swooned by fancy watches and elaborate looking exercises Others by cryochambers and Paleo recipes that taste like sawdust. I am not here to play judgement police. For the most part, everything has a time and place… END_OF_DOCUMENT_TOKEN_TO_BE_REPLACED

Back tweaks are an inevitability. They happen to people who lifts weights regularly, and those who just look at weights. They happen when doing something as inane as bending over to tie your shoes, as well as when you’re doing some less inane, like, fighting crime at night. They happen on a Wednesday. There’s no… END_OF_DOCUMENT_TOKEN_TO_BE_REPLACED