The topic of low back pain (LBP) – how to assess it, diagnose it, and how to treat it – can be a controversial one. I italicized the word “can” because I don’t feel it’s all that controversial.

Note: I live in Boston so I know what’s controversial (Boston Tea Party, a slow as balls T system, Deflategate) and what’s not (Big Papi is a treasure). It’s controversial because there’s no one clear approach or answer to solve it and we looooooove to argue over what’s best and what works.

SPOILER ALERT: Everything and nothing causes LBP.

Have ten different doctors or physical therapists work with the same patient and it’s likely you’ll get ten different opinions as to what the root cause is and what appropriate tactics need to be implemented in order to resolve it.

One person says it’s due to delayed firing of the Transverse Abdominus (TA), while someone else states it’s due to tight hamstrings.1 In worse case scenarios LBP results from drinking too much coffee. I have zero science to back that up, but whatever. Neither do many of the other “culprits” people tend to gravitate towards.

So, why not coffee? Or Care Bears for that matter, those sadistic fucks.2 What works for one person, may exacerbate symptoms for someone else. And as my good friend, Dr. John Rusin notes:

“Fact of the matter is: there is NO one right way. it’s a big mistake to lump all LBP into the same category and even a bigger mistake to assume all of it presents the same or should be treated the same.”

There’s no way for me to write a thorough blog post on such a loaded topic; especially one that will make everyone happy. It’s impossible. I have a better shot of jumping into a live volcano and surviving.

Part of me feels like the proper response to the question “what causes low back pain and what’s the best way to address it?” is this:

But that would be woefully uncouth of me.3

It’s imperative to defer to your network of more qualified (and vetted) fitness/health professionals whom you trust to do that shit. However, it’s important to also consider we (as in personal trainers and strength coaches) are often the “first line of entry” into the medical model. We’re the first to recognize faulty movement patterns, weakness, imbalances, and bear the brunt of questioning from our clients and athletes when they come to us with low back pain.

There’s quite a bit we can do to help people.

What follows is a brief look into my mind and what has worked for me in the past with regards to LBP; a Cliff Notes “big rock” brain dump if you will.

Sorry if I offended anyone who likes Care Bears.

My #1 pet peeve (and many other fitness pros agree with me) is that “rest” is the worst piece of advice ever.

This isn’t to say there aren’t extenuating circumstances where taking a chill pill is absolutely the right choice; sometimes we do need to back off and allow the body a window of time to heal or reduce pain/swelling/symptoms. That said, I think it’s lame when a medical professional tells someone to “rest,” or worse, informs them that they’ll need to learn to “live with low back pain.”

It’s a defeatist attitude and will spell game over for many people. Before you know it they’re living on a foam roller, never tackling the real issues at hand.

Always “broken” & have injuries? Put down the foam roller and make your body more resilient by lifting weights. Strength is corrective.

Better yet: “Movement is corrective.”

We can use movement (and yes, strength) to help people get out of pain. Rest has its time and place, but I find stagnation to be more of a problem.

The body is meant to move and is wonderfully adaptive. And that’s the thing: adaptation and forcing the body to react to (appropriate levels of) change and stress is paramount to long-term success with LBP.

Sitting on a couch watching Divorce Court in the middle of the day isn’t going to help.

I was watching Optimizing Movement with Mike Reinold recently and he noted there are three key elements to movement and why someone may not do it well:

It’s important to understand that, in this case, everyone is a unique snowflake.

Structure: anatomically speaking there is huge variance amongst the population. Hip structure, for example, can have a large effect on someone’s ability to squat to a certain depth or get into certain positions. Likewise, who’s to say the hips are always the culprit? Even upper extremity considerations – like one’s ability to bring their arms overhead (lack of shoulder flexion) – can have dire consequences on back health.

The body likes to use the path of least resistance (also the most efficient) to accomplish any task. However in this case, “most efficient” doesn’t mean best. As Reinold notes:

“Efficient in this case refers to energy, not movement.”

Lack of shoulder flexion will often lead to compensation via more extension through the lumbar spine. It’s efficient movement, but it’s not better movement. 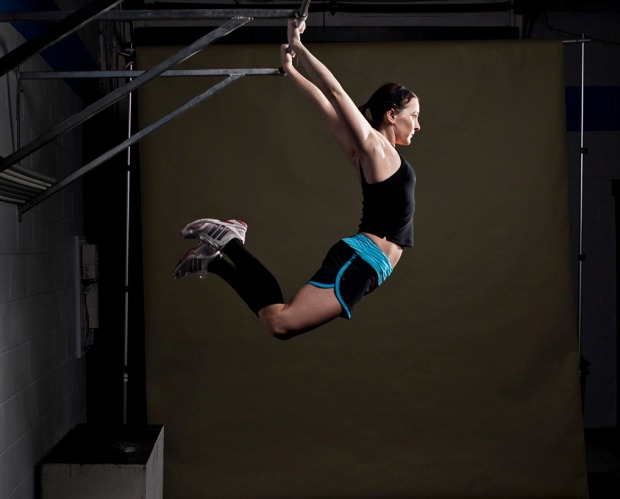 Hell, even something as simple as how you coach a plain ol’ vanilla Prone Bridge/Plank can come into fruition here. What’s the point if the end result is this?

Which brings us to another golden rule.

In light of a recent gem by Dean Somerset on what the term “spinal neutral” even means, I realize this comes with a bit of grain of salt.

I just want to find a pain-free ROM and to help people with low back pain to own that ROM. It’s the McGill Method 101.

Find what actions hurt or exacerbate symptoms, and stop doing it.

I know I just blew your mind right there.

1. Client says “x” hurts, and then places their body into some pretzel like contortionist position that would make a Cirque du Soliel performer give them a high-five.

2. But that could also mean addressing how they walk or how they sit in a chair. Someone with flexion-based back pain, will like to be in flexion, a lot.

Maybe taking them through a slump test will offer some pertinent info.

Have them start in a “good” position: Then, have them purposely “slump” into excessive flexion: Someone who is flexion intolerant – despite preferring to be in that position – will often say this causes pain.

So, the “fix” is to coach them up and try to keep them out of excessive spinal flexion. Cueing them how to sit in their chair and to get up (wider base of support, brace abs, chest up), building spinal endurance (and strength) via planks, and having them hang out in more extension may be the right path to take.

3. On the opposite side of the spectrum is extension, which is often a problem in more athletic populations and in those occupations requiring more standing (ahem: personal trainers/coaches).

Here you might put them into extension and see what happens. Much like people who are flexion intolerant “liking” flexion, those in excessive extension will like to live in extension.

This will likely hurt.

Finding their spinal neutral is key too.

Hammering spinal endurance/strength via planks (done well) still hits the nail on the head, as does nudging them towards exercises that emphasize posterior pelvic tilt (much of time cuing people NOT to excessively arch during their set up on squats and deadlifts), and even drills that promote spinal flexion…albeit unloaded.

Spinal flexion doesn’t always have to be avoided.

Either way, meticulous attention to detail on finding spinal neutral – or pain from ROM – is huge.

I know this will rub some people the wrong way, but I still use the deadlift for the bulk of people I work with you have LBP.

Nothing sounds so absurd to me than when I hear someone say how the deadlift is ruining everyone’s spines. 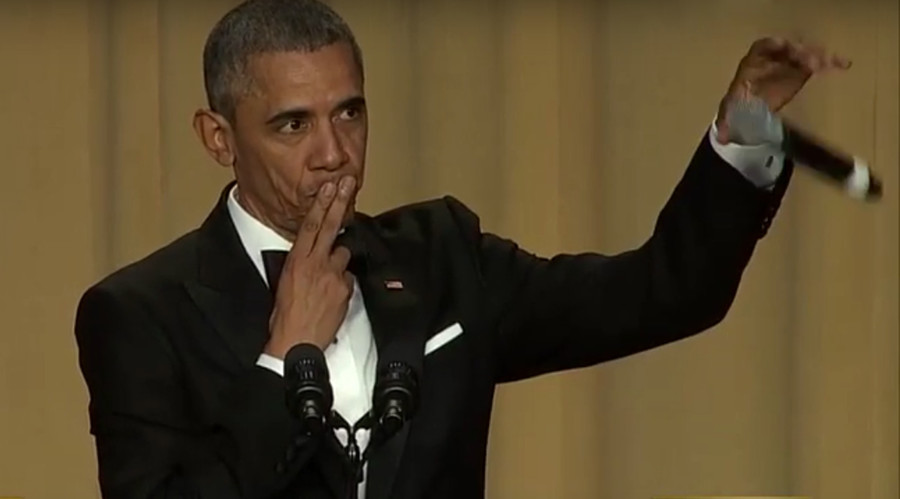 Resiliency is key in my book. And not many movements make the body more resilient than the deadlift or any properly progressed hip hinge modality catered to the individual:

Assuming I have coached someone up enough to understand spinal neutral and they’re able to maintain it, why not poke the bear and challenge them?

A deadlift doesn’t always mean using a straight bar and pulling heavy from the floor until someone shit’s their spleen.

I can use a kettlebell and band to groove the movement:

I can also use a trap bar, which is a more user-friendly way of deadlifting as it allows those with mobility restrictions to get into a better position compared to a straight bar.

Too, I have found great success with various other exercises:

So long as we’re staying out of precarious positions or those positions which feed into the issue(s) at hand, we’re good. Find a training effect with your clients/athletes. Do it. DO IT.

People have low back pain for a variety of reasons: they’re too tight, too loose, too weak, have poor kinesthetic awareness, or they’re left handed.

The umbrella theme to remember is that there is never ONE root cause or ONE definitive approach to address it across the board. However, that doesn’t mean there aren’t some “big rock” things to consider that will vastly improve your’s and their chances of success.

I hope this helped.

Why Gym Bros Should Periodize Their Nutrition

Today’s guest post comes courtesy of United Kingdom based strength & nutrition coach, Harry Archer.  He took my subtle hint from a few weeks ago when I made note of the dearth of nutrition content on my site and how I tend to not touch it with a ten-foot pole.  Not because I don’t know… END_OF_DOCUMENT_TOKEN_TO_BE_REPLACED

STUFF TO CHECK OUT FIRST 1. Virtual Coaching Competency Workshop – Begins 3/7/21 There’s only one more week left to register for my Virtual Coaching Competency Workshop. I figured chances would be high many attendees would be fighting off the urge to commit seppuku staring at their computer screen for seven straight hours so made the executive… END_OF_DOCUMENT_TOKEN_TO_BE_REPLACED