Before I melt some faces with my witty banter and (somewhat) intellectual prowess on the subject matter below, I wanted to let everyone know Mike Robertson’s new resource, Complete Single Leg Training, is now available at $50 off the regular price.

I mean, it’s Mike freakin Robertson we’re talking about here. If you’re a trainer or coach it behooves you to add this to your educational library. Single leg training isn’t sexy to talk, much less write about. In terms of excitement factor I’d rank it somewhere between a watching a NASCAR race and picking lint out of your belly button.

I can understand the cacophony of subsequent eye rolls and yawns that are being directed my way.

However, hear me out.

Now, more often than not whenever there’s an article written on single leg training it’s under the guise or in congruence with taking a massive dump on bilateral training (think: squats and/or deadlifts).

I think it’s a stupid argument to have on par with which is better: low-bar vs. high-bar squats? or mint chocolate chip vs. mint Oreo ice-cream?

With deference, almost always, the appropriate answer to the single leg vs. bilateral debate (and, really, any question in the history of ever) is “it depends.”

Suffice it to say, here’s my take on the debate: BOTH are important, BOTH play a significant role in a well-balanced program, and BOTH should be used simultaneously.

If we’re being honest, though, we generally don’t have to pull any arms behind backs in order to convince people to perform bilateral movements like squats and deadlifts.

Single leg work on the other hand?

Well, that can be a bit of a harder sell. 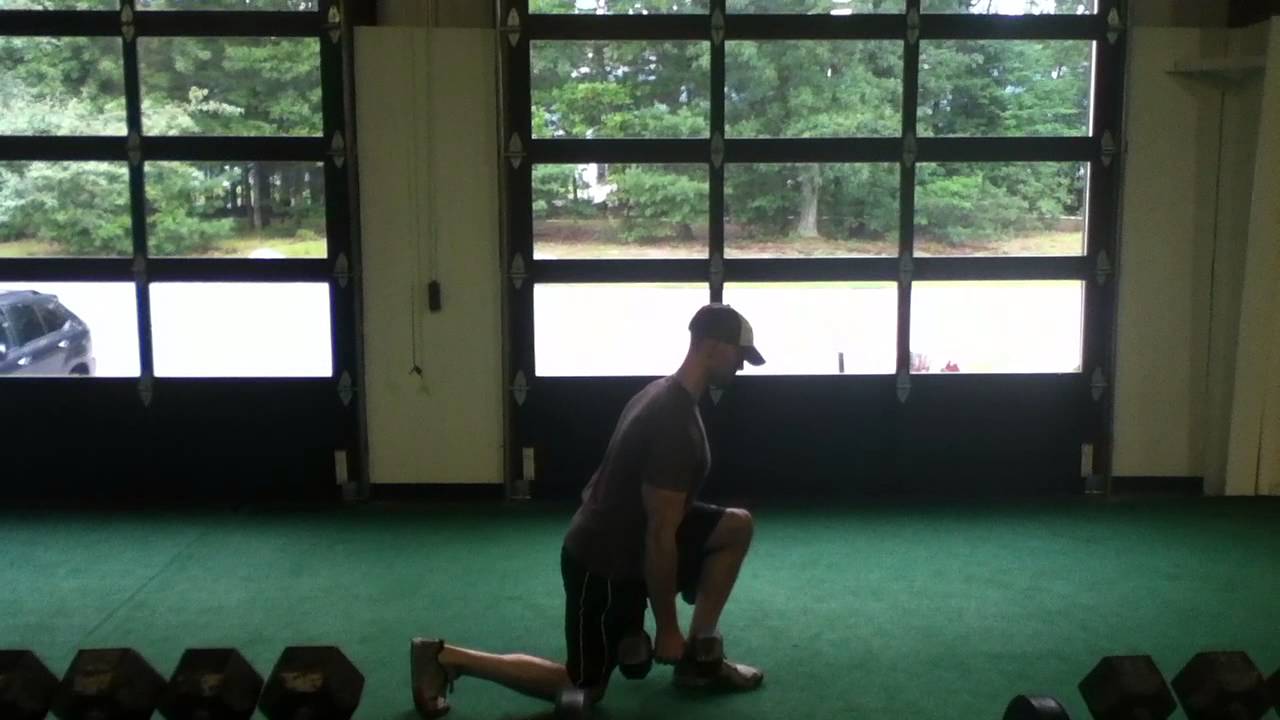 It’s unfortunate because even if someone’s goal is to be a brick shit house (or deadlift Kansas) single leg training has many benefits, mmmkay.

Below are (some) ways I like to include single leg training in my programs.

It’s just, you know, something that has to be done.

It’s hard for me to peruse the list I made above of all the benefits and not include some semblance of single leg training in a program (regardless of someone’s goal).

There aren’t many scenarios I can think of off-hand where it won’t help.

All the bases are covered.

That said, one pet-peeve of mine and something I notice all….the…..time as a coach is that people tend to go way too heavy.

I’ll watch some guys grab the 80+ lb DBs and perform walking lunges and think to myself “why?”

Their knees are caving in every which way and it’s evident most are unable to control the load. This kinda defeats the purpose of doing it in the first place.

Stop training your ego and lower the load.

I’d rather people use a load they can control and perform it for high(er) reps than to grab the heaviest weight possible and make perhaps do more harm than good.

It’s my own preference as a coach, but I much prefer people to adopt more of a forward lean when performing lunge variations.

When you assume a more upright posture during lunges it makes it easier to crank through the lower back which can also result in excessive rib flair; I.e., a more unstable position.

2) Potentiation (Or, Turning “Stuff” On)

I often have my clients perform a single leg movement before squatting or deadlifting.

I find it’s a nice way to turn “stuff” on and to prime the body for the extracurricular shenanigans going down shortly thereafter.

The idea is to go LIGHT and to OWN the movement.

If you really want to humble someone (and to make their glutes scream for blood mercy) try adding in some isometric holds.

I LOVE using these with my clients/athletes as it forces them to use sloooooow down, to stay more cognizant of body position, and it also aids in more time under tension.

The 1-Legged RDL Hold to Reverse Lunge (video above) – which I “stole” from Joel Seedman – is one of my favorite go to’s of late.

Pigging back on the RDL Iso Hold to Reverse Lunge, another way I like to include single leg training into my programs is to combine two movements into one.

This is a fantastic way to make the movements a bit more challenging and also serves as a way to make people feel like a bag of dicks.

You want sore, I’ll give you sore.

Least we forget single leg training can be too advanced of an option for some people. Whether it’s due to novelty or “just because” we can incorporate “fake” single leg options to help ramp people to the real thing.

I’m more concerned with setting people up for as much success as possible rather than making them feel frustrated.

In that light here are two excellent options I use all the time:

Here, with the split stance, we can hinge back into back leg placing a bit more emphasis (loading) into the front.

For those who have balance issues this is an excellent choice.

With the offset (or B) stance, we place more load on the front leg. Again, this is a great option for those with stability/balance issues and who aren’t quite ready for actual 1-legged squats (you sadistic bastard).

Do Your Single Leg Work, Yo

If’ I’m not able to convince you, I know Mike will.

Complete Single Leg Training is on sale now at $50 off the regular price (offer only lasts till this Friday, 9/22). Mike’s entire philosophy and system on single leg training is covered. Whether you want a better understanding of the role of single leg training plays in programs, how to streamline progressions and regressions, or you just want to have a plug-and-play list of exercises to use, this would be an excellent educational resource for any personal trainer or coach to consider.

Quite bluntly, Mike’s one of the best coaches I know and you WILL get better.

Get your copy before the price hikes back up.

How to Battle the Winter Eff Its

It’s the dead of winter here in Boston. It sucks. And while this winter has been pretty “tame” thus far compared to winters past, it doesn’t renege on the fact that the cold, grayness, and general sense of laziness and malaise the weather imbues upon the northeast every year this time of year takes its… END_OF_DOCUMENT_TOKEN_TO_BE_REPLACED