As most of you reading know, I tend go a little off-off topic when I do these miscellaneous posts. As much as I love writing about fitness – whether it be talking about the merits of lifting of heavy things, convincing people that their time would be better spent farting in a shoebox than doing steady state cardio, or touching on more geeky stuff like scapulo-humeral rhythm, corrective exercise, and/or programming strategies – I also like to let people know that I do have a life outside of the strength and conditioning world. Yes, it may come as a shock to some of you, but I do have other interests outside of making people freaky strong.

As such, while I feel I do a pretty good job of providing some decent content, I’ve always told myself that I would never take myself too seriously and that my writing style would be more “infotainment” than anything else – hence the general tone of the blog. It seems to work. High five!

That being said, it’s been a few weeks since I’ve done one of these posts, so lets get right to it.

1. Might as well start off with a little dose of WTF. Some of you may recall a few months ago when I blogged about a little experience I had with a cashier at Trader Joe’s and his comments towards how many eggs I eat on any given week. Long story short, I eat a lot of eggs. He was concerned about my cholesterol. With the help of Brian St. Pierre, I wrote the above blog post and essentially pwned his ass.

Well, one of our clients at CP shared THIS link with me last week, and I don’t know whether I should be scared or go tickle an egg.

2. I picked up a really interesting book the other day written by Ori and Rom Brafman titled, Sway: The Irresistible Pull of Irrational Behavior. 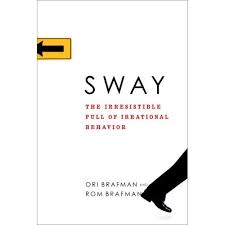 Truth be told, I started reading it Saturday night while chilling at a local Starbucks and I haven’t been able to put it down since. In it, the authors – drawing from cutting-edge research, social psychology, and behavioral economics (I eat that stuff up) – explain why it is we tend to make irrational decisions despite knowing better. The book discusses everything from the NBA Lottery (psssst Portland, you should have taken Jordan) and why it’s so difficult to end a doomed relationship, to why job interviews are actually one of the worst ways to screen a prospective employee and why I can’t seem to remember to put the toilet seat down.

Okay, maybe not that last one, but it’s a fantastic book nonetheless. I HIGHLY recommend checking it out.

3. My girlfriend was away this past weekend to attend a family event down in Florida (she was nice enough to call me from the beach as I was walking around downtown Boston in 50 degree weather, though), which left me to live it up as a bachelor for a few days. While most guys would take this opportunity to do manly things like cut down a tree, drive a tank, or watch football for an entire day, I decided I’d catch up on some reading (see above), walk around the city (see below) and go see a movie.

I’m a documentary fan, and I’ve been hearing great things about one that just came out called Inside Job. 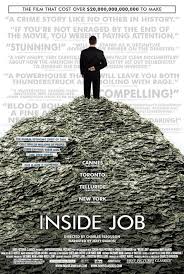 For those who aren’t familiar with it, the filmakers help to peel away all the layers with regards to the housing market and how all the a-holes who run it, helped to almost (?) collapse the econony back in 2008.

Really, nothing I can say can describe how infuriated I was after I left the theater. I think the best way I can describe it is that I felt an un-controllable urge to do this to the first Lehman Brothers executive that ever crosses my path.

4. HERE is an article for the conspiracy theorist in all of us. Thing is, though, I don’t think it’s much of a conspiracy at all. We’re fat. Really fat. And it’s no thanks to our policy makers who still continue to spew out bullshit like saturated fat is bad for us. Read the article and tell me what you think.

5. I know everyone’s been waiting with bated breath for this (note sarcasm), but after a few weeks of talking with people here at the facility, as well as several people who went out of their way to write some pretty detailed emails expressing their opinions (thank you, by the way), I’ve decided that I’m going to go a head and buy a new MacBook Pro this weekend. 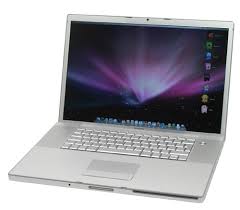 I made another cameo appearance at the Apple Store in downtown Boston yesterday, and spent a good 15-20 minutes talking with one of the nerds there, and he was able to answer all my questions and concerns. In all, I think it’s going to be a great investment, and again, I thank everyone who chimed in with their thoughts and opinions.

6. And because I can’t write something without at least giving some semblance of useful information, one of the best pieces of advice I can ever give someone is to keep a training log. Admittedly, this is something that I’ve been slacking on myself, and maybe this is just a way for me to hold myself more accountable as much as it is a friendly suggestion to you.

If you’re like me, you can’t remember what you had for dinner last night, let alone how much weight you had on the bar for your sixth set of deadlifts last week. Why is it, then, that despite all we know of how important progressive overload is, many of us neglect to do something as simple as write down what we do week in and week out?

Lately, I’ve noticed that my bench press has stalled. Now, I’ll be the first to admit that my benching prowess has never been great- shitty would actually be a better term to use here. However, be that as it may, I decided to take matters into my own hands and perform an impromptu experiment. For three weeks, I was going to write down my workouts and actually keep track of what I did.

Lo and behold this past Friday, while benching with EC, I smoked 300 lbs (it’s not a PR, relax). What’s more, afterwards, Eric and I decided to do a 225 bench test for the hell of it, and I banged out 17 reps which is the best I’ve ever done. Even cooler given that we’d done speed work, worked up to a 90% single, and THEN did the bench test.

The point is, because I made a concerted effort to keep track of my training sessions, I was able to push myself a bit futher each and every week. So, from now on, I’m going to the Basics 101 and keeping a training log here on out. If you’re not doing so as well, you should. Trust me, it works!

If you train people for a living, read this. Don’t Guarantee Results It’s seems counterintuitive, maybe even borderline asinine, not to guarantee your clients results, right? I mean, what the hell are they hiring you for? HINT: It’s not to trade baseball cards or tickle fights. I had a new client start with me recently… END_OF_DOCUMENT_TOKEN_TO_BE_REPLACED