How to Increase Your Strength and Performance Instantly (

“Okay, now extend your hips at the top.”

These were cues one of our new interns were giving an athlete the other day while trying to coach him through his very first deadlift session.

It wasn’t going well, and I could tell said intern was getting a little perplexed as to why things weren’t going to plan or falling into place.  No matter which cues he used the athlete resembled more of a melting candle than someone who was “getting” the exercise.

At one point I was half-expecting him to blurt out, “okay, I got it! Stand-up, hop on one leg, pat your head, and say the alphabet backwards!”

Obviously that didn’t happen (and if it did I probably would have laughed), but it’s something I think a lot of trainers and coaches (new and old) struggle with on a daily basis.  And that’s CUEING!!!

Or, to be more specific: using internal cues when external cues would be more beneficial and worthwhile.

This is something we’ve been more cognizant of at Cressey Performance and paying more attention to, and it’s been working like a charm with many of our athletes and general population clients.

And we’re not the only ones.  A few weeks ago I was forwarded an article by Armi Legge of Impruvism.com that he wrote titled How a Simple Mind Trick Can Make You Stronger in Seconds, which breaks down the science behind the efficacy of using external foci over internal.

I won’t spoil the entire article (you can click the link above), but in his own words Amri breaks it down like this : 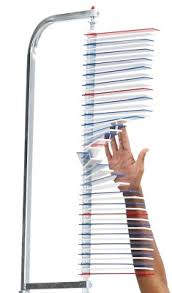 An internal focus of attention means you’re thinking about your body movements. Your legs when squatting, your arms when doing chin-ups, your chest when benching, etc.

An external focus means you’re focusing on something in your environment that’s relevant to your task. If you’re squatting, this would mean focusing on the bar or on pushing the bar towards the ceiling.

This is an incredibly subtle difference, but it can have a huge impact on your performance. In some cases, researchers will give one group instructions that only differ by one or two words.

In a study using a vertical jump test, here were the instructions:

Internal focus: “Focus on your fingers.”

External focus: “Focus on the rungs.”

The latter option is better. Research has consistently shown that an external focus improves motor learning, strength, coordination, and performance across a wide range of activities and ability levels.

And as such this is EXACTLY the road we’re travelling down more and more at the facility using more external cues when coaching something through their session.

Internal Cue:  Arch your back, get your chest up.

External Cue: Show me the logo on your shirt.

Internal Cue: Push your hips back

External Cue:  Try to hit the wall behind you with your hips.

Internal Cue: Push your knees out.

External Cue: Spread the floor with your feet.

External Cue:  Try to melt the bar with your hands.

Internal Cue: Push the bar up.

** Particularly when trying to get them to throw the ball with some anger!

Internal Cue: Use your hips to throw the ball.

External Cue:  Pretend someone just took a massive shit on your car and now you’re pissed.

Note:  If I’m working with a young athlete I might say something along the lines of “pretend Voldemort actually defeated Harry Potter,” or something to that affect.

And it’s really that simple.  While we’re often under the impression that we need to a bunch of smoke and mirrors in order to see marked improvements in the gym, sometimes it’s just a matter of using a simple Jedi mind trick.

Try it today, and let me know what you think!

**Photo credit above (coach) to elitefts.com.

One of the more flagrant “mic drops” I toss down whenever I speak to a group of fitness professionals (remember when we used to be able to do that in person?) is that forcing people to adopt a symmetrical stance while performing basic lifts such as deadlifts or squats is more likely hurting people rather… END_OF_DOCUMENT_TOKEN_TO_BE_REPLACED

My man Gavin McHale is back with another excellent guest post this month. If you missed his last article on lead generation you can check that out HERE. This month, as the title implies, is all about how personal trainers can (and should) lean into more of a “hybrid” training model that doesn’t rely on… END_OF_DOCUMENT_TOKEN_TO_BE_REPLACED