Two quick stories – both of which serve as the impetus behind this post.

1. I can’t tell you how long I resisted the whole Lululemon phenomenon.  Mind you:  I’ve always been a big fan of their work. All apologies to my gay guy friends, but I have a Y chromosome  – so sue me for appreciating the finer points of yoga pants on a female’s body.

In fact, if I had to make a list of three people who’s hand I’d like to shake it would look something like this (in no particular order).

– Chip Wilson – the founder of Lululemon.

Half of my girlfriend’s wardrobe is from Lululemon (have a I mentioned I’m a fan?), and while I love it when she wears her yoga pants to go grocery shopping, I’d be lying if I said the Darth Vader theme music didn’t reverberate inside my head every time her and I would be walking around in the city and happen to cross paths with a Lululemon store.

Because inevitably she’d want to walk in and then try to convince me to put on a pair of something. Dudes DO NOT wear Lululemon.  In my head, as far as masculine things to do, it ranged somewhere between peeing while sitting down and watching Sisterhood of the Traveling Pants.

Fast forward to about a year ago when I noticed many of our pro-baseball guys walking into the facility with their Lulu pants on.  When I brought it up to one of our guys – Oliver – and asked what’s up, he just responded with “they’re the most comfortable things, ever!”

When I dug a little deeper and started asking a few more questions, he just put his hands on my shoulders, looked me straight in the eyes, and said, “DO IT.  You won’t be disappointed.”

It took a while, but eventually I relented and tried on a pair of their Kung-Fu pants.   And OMG – ammmmmmaaaaazzzziiiiiinnggg.

In fact, Lisa bought a pair for me this past Christmas and I Tweeted the following picture to Oliver with the caption:  I did it! So now walking into a Lululemon store isn’t quite the chore it used to be.

But a funny thing happened a few weekends ago.

Lisa and I were doing our Sunday “routine,” you know, Whole Foods, Trader Joe’s, Home Depot, squeezed in a little West Elm, when we happened to see a Lulu store.  Lisa beelined it in and I followed suite.  I wasn’t quite as “beeline(ish),” but I wasn’t tossing my face into a cement wall as I would have in the past.

As she was perusing the sales rack, I was standing near the front of the store adjacent to the men’s section.  I wasn’t necessarily looking at anything, but rather just waiting in the area where all the other boyfriend’s waited.  We’re like a little club.

A salesperson approached me and we started chatting me up. She told me all the sales going on – I don’t remember, I kind of blacked out – and then asked what I like to wear to the gym.  I told her that I own one pair of the Kung-Fu pants, but that I’m a strength coach and that I don’t wear them to work because they’d get torn and beat up.

She then pointed to the right at all their men’s shorts, and said “a lot of our CrossFitters like to wear those.”

Wait………huh?  My inner dialogue was like….“Did she just refer to me as a CrossFitter?“

Don’t get me wrong:  I didn’t take offense to it or anything. I mean, she was making a compliment that I actually look like I workout.  But did she not just hear me say that I was a strength coach?

Which leads to story #2.

2.  My internet buddy and intermittent guest blog contributor on this site, Emily Giza Socolinsky, sent me a message the other day.

Long story short:  Emily used to be a Barre instructor and after switching to the dark side – Ie: strength training – and after seeing the results she not only received herself but with her own clients as well, she opened up her own gym.  And she fucking dominates!

Check it out HERE. 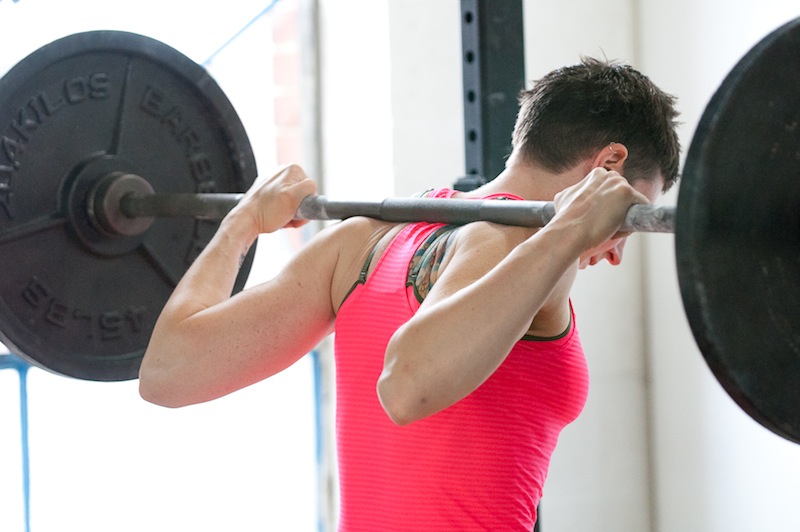 She’s long been an advocate of helping to promote people goals – whatever they may be – she doesn’t believe in only ONE way to train, but she’ll be the first to admit that everyone – in particular women – should strength train in some form or another.

And yes, in her own words that does mean “picking up some damn weight.”

Every so often she’ll get a comment on her blog from someone who, *coughs*, is not happy with what she has to say.  Case in point, Emily wrote a fantastic blog HERE a while ago on why she feels Barre classes aren’t the answer for most women.  Mind you:  this was written by a someone who was formerly a very accomplished Barre instructor herself.

Anyways, she ruffled a few feathers when she originally posted that blog post.  And to this day, she still continues to get snarky comments from women.  Like this one:

“Wow, you certainly seem to have a chip on your shoulder toward women who do care about not bulking up!

I’m 42 years old and have been a lifetime runner. For years, I went to the gym and did traditional heavy weight programs (I even leg pressed nearly 3 times my body weight).

I tried the cross fit thing. For me, these programs resulted in injury and chronic pain in my knees and shoulders.

I’m a tiny person and I didn’t really bulk up, but I didn’t look feminine either.

Barre 3 and Bar Method have provided wonderful results for me.

I run faster and I have more endurance because my knees don’t hurt at all anymore! I am still very strong and in fact I can now do 50 push ups with good form. And I’m not embarrassed to admit, I love how how I look. Any women who doesn’t admit they don’t mind having a lean body with feminine muscular toning is lying to themselves and everyone else.”

Emily wrote back a very professional and considerate response – something I would have had a hard time doing – and ended with this:

“Congratulations on how you feel. It is very important for women to love how they look. But my reasoning for the article was to let women know that there are better ways to achieve one’s goal that will actually make them stronger and feel better about themselves. I would be lying to them and to myself if I told them them that barre classes are the way to a stronger body. Thank you for your comment.”

Lets ignore the whole leg press 3x bodyweight comment, or the “50 push-ups with good form” comment. I feel like my eyes have never rolled so hard in my life when I read those.

Correct me if I’m wrong, but people were lifting weights and doing “strength training” long before CrossFit came into the picture.  No where in Emily’s original post did she mention CrossFit.  In fact, what she was referring to was everything CrossFit isn’t (more or less).

What she was advocating was a well-structured, coherent, planned, approach to strength training based off of one’s needs, goals, and health/injury history.

I don’t want to make this into some CrossFit bashing diatribe – that’s not the point.  And for those reading who feel that’s what I’m doing, take a deep breath, relax, do some handstand push-ups or something, and read THIS.

There’s actually a lot about CrossFit I like and advocate.

But I just find it comical that, in the eyes of the general public, everything involving lifting a weight is now somehow lumped into CrossFit. 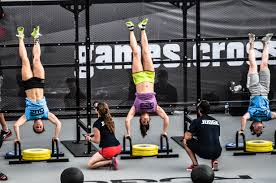 Much of that has to do with the marketing genius of CrossFit – there’s no doubting that.  For what it’s worth I applaud it.  A LOT more people are getting their asses off the couch and exercising now.

But what did people from the dawn of man to about ten years ago call weight training?  I’ll tell you what it wasn’t called:  fucking CrossFit.

Just a little rant for the day.  I feel better now.  Carry on.

NOTE TO READER: This is a re-post of a blog post I wrote back in 2017. It’s still the shit. You should read it. There aren’t many topics harder to write about than program design. I mean, I guess we can make a case for Biomolecular Feedback Systems or the intricacies of Mass Spectrometry, but… END_OF_DOCUMENT_TOKEN_TO_BE_REPLACED

I tend to avoid certain things at all costs: Making eye contact with my cat. Pineapple upside down cake (don’t ask). Uttering the phrase “looks like someone has a case of the Mondays.” Cocaine Partaking in social media drama, buffoonery, and general hijinks. For me there’s a cost/benefit to all of the above. Take my… END_OF_DOCUMENT_TOKEN_TO_BE_REPLACED