1.  Well, congratulations to the Green Bay Packers for a crushing win last night.  And an EPIC fail goes out to me for falling asleep in the fourth quarter – I think I fell into food coma by the middle of the first half.

It goes without saying, though, that this was by far my favorite commercial of the night:

2.  I made a cameo appearance at Mike Boyle’s 5th Annual Winter Seminar on Saturday, which featured Coach Boyle (obviously) and the one and only, Dan John. 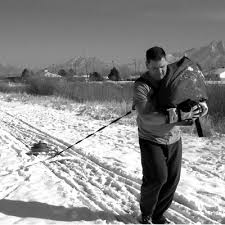 To say that Dan John as been a huge influence on my career would be an understatement., and I’ll be the first admit that I felt like a giddy school girl when I walked in and saw him standing there in person.

Of course, both his presentations were brilliant – I mean, how can you not listen to a guy with well over 30 years of coaching experience under his belt?

I plan on covering the seminar in more detail later on this week, but I had to share the funniest line of the day.

We all know those guys who walk around with very impressive physiques, but ask them to do something as simple as skip, and it’s readily apparent that they don’t move very well – not a hint of athleticism.  In fact, I’d pick them last if I were picking a kickball team.

Dan John shared a phrase that I felt hit the nail on the head:

I got a laugh out of that one.

3.  And speaking of Dan John, after reading his latest article on t-nation, I decided to dedicate a day to ONLY carrying heavy things.  Saturday morning, I got to the facility early to get a training session in before clients arrived, and I did the following:

B1.  Kettlebell Crossbody Carry (suitcase carry in one hand, bottoms-up carry in the other):  3×2 trips
B2.  Kettlebell Windmills 3×5/side

I felt really good after this session, and it’s going to be interesting to see if it will help boost my deadlift up a little bit.  To be continued………

4.  While at the seminar I was able to catch up with a lot of friends and colleagues whom I haven’t seen in a while, but it was also nice to have a lot of new faces introduce themselves to me and know that people actually read my stuff.  Surprisingly, one question that I was asked quite a bit was:  “how do you write/blog so much?”

Truthfully:  I’m just uncannily awesome, witty, and intelligent.  But all kidding a side (even though I’m not kidding), I just make it a priority.  As it stands now, I generally get up anywhere between 5-6 AM every morning to do work before I go to work.  Generally speaking, I arrive to the facility around 10 AM every day, so getting up earlier in the morning allows me a few hours to catch up on programming, emails, reading, and blogging.

Even talking with Jim “Smitty” Smith over the weekend, puts things into perspective:  he said that he stays up till 1-2 AM every night doing work.  And this is AFTER coaching all day.

So, again, it comes down to priorities.  Do you want to write or watch Amercan Idol?

5.  Cressey Performance athletes have been getting a lot press recently.

HERE is a nice piece on both Omri Geva and Micah Goldberg as they attempt to re-build and eventually represent Israel in the Winter Olympics in the 2-man and 4-man bobsled team.

And HERE is a great feature on CP athlete, Tim Collins, as he makes a bid to earn a spot on the Kansas City Royals roster this spring.  It’s a really great story, and Tim deserves all the success coming his way.

6.  For all of you Born to Run fans out there (and I’m one of them, too), I watched a really great presentation in between slices of pizza yesterday by author, Christopher McDougall titled “Are We Born to Run?”.  The guy is obviously a fantastic writer, but he’s also a very engaging speaker as well:

7.  And lastly, as many of you know, I like to read, but one of the things that I regret most when I look back at mistakes I made as a trainer, is not reading more books on personal development.  As it stands now, whenever I get emails from upcoming trainers asking me for advice, I tell them that for every book they read on blasting the biceps, they should also read a book on personal development/psychology/business.

To that end, I started another really fascinating book titled Predictably Irrational by Dan Ariely. 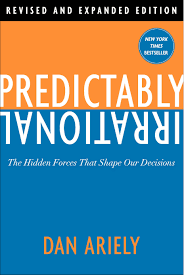 Why do we make certain decsions despite knowing better?  I’m only about half way through, but this is easily one of the most interesting books I’ve read in a while.  For those geeks out there that like behavorial economics, this book is legit.

Being human means being enamored by a litany of things in the health/wellness/physical preparation realm. Some people are easily swooned by fancy watches and elaborate looking exercises Others by cryochambers and Paleo recipes that taste like sawdust. I am not here to play judgement police. For the most part, everything has a time and place… END_OF_DOCUMENT_TOKEN_TO_BE_REPLACED

Back tweaks are an inevitability. They happen to people who lifts weights regularly, and those who just look at weights. They happen when doing something as inane as bending over to tie your shoes, as well as when you’re doing some less inane, like, fighting crime at night. They happen on a Wednesday. There’s no… END_OF_DOCUMENT_TOKEN_TO_BE_REPLACED