1.  To start, all I can say is holy to the shit.  I opened up my laptop this morning to see the words Osama Bin Laden is dead splattered all over my Yahoo homepage.  Wow.  I don’t even know what to say now other than thank you to all of the men and women who continue to risk their lives overseas on a daily basis.

Yet, can you even imagine what it’s like to be the Navy Seal who’s bullet killed Bin Laden?  I’m calling Pulitzer, Nobel, Grammy, Emmy, Best Actor, or any other prize you can think of – he wins them all!

And, while I know there are some people out there who are going to be a Debbie Downer about this, and try to remind people that Bin Laden was supported by the US Government back in the 80s and 90s (like some guy I saw do on Facebook this morning) – please, don’t be an a-hole.  Seriously.

To that end, I think this song is fitting given the situation (FYI:  turn your speakers down if you’re at work.)

2.  I’ve been making some cameo appearances in and around the interwebz recently – apparently, some people feel I have important things to say!

First up, we have my first article on LIVEstrong.com – The Best Exercises You’re Not Doing.  As I mentoned a few weeks ago, I’m going to be doing more writing for Livestrong, so this one should be the first of plenty more to come.  Nonetheless, check it out, and be sure to leave a comment if you found it useful!

Secondly, Steve Shaw and the crew over at www.muscleandstrength.com asked if they could re-print some of my old(er) posts from my blog, which I think is cool given that it will expose more people outside of my target audience to my stuff – which is never a bad thing.

While this may be a refresher for some of you reading, for those who haven’t, How Chin-Ups/Pull-Ups Can Help Your Bench Press might be right up your alley.

3.  I saw this last week over at elitefts.com and thought it was one of the more badass videos I have watched in a long time.

I don’t know about you, but watching that fires me up.  I think I’m going to go deadlift a car now.

4.  A few weeks ago, Mike Robertson sent us a copy of his Bulletproof Knees and Back Seminar that he did in Vancouver late last year.  The dvd set has been making its rounds amongst the CP staff, and I was finally able to get my hands on it this past weekend.  While I still have a ways to go in terms of actually finishing it, all I have to say is that Mike has yet again hit another home-run. 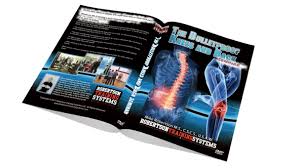 I’m always impressed at how awesome Mike is as a public speaker, and how effortlessly he’s able to take complex material and “dumb” it down for the lay population to understand.  And, given that 80% of the population at some point or another will suffer from low back pain (not to mention the knees are right up there, too!), this dvd set would be a welcome addition for any fitness professional – or casual fitness enthusiast for that matter.

Really, though, I don’t have to say much.  Mike’s reputation as a standup guy, and as someone who consistently puts out quality products, speaks for itself.  I’d argue that this one is his best yet!

5.  Speaking of other people I know who are extremely smart:  my good friend, Cassandra Forsythe, recently wrote a fantastic article on the artificial sweetner Stevia.  Given the recent hooplah (and rightfully so) over the efficacy of artificial sweetners, and whether or not the health concerns are warranted (they are), I thought this was a nice piece that helped weed through the science and the fiction.

6.  NERD ALERT:  it was brought to my attention that director Peter Jackson will be updating a video blog as he films parts I and II of The Hobbit, which are slated for 2012 and 2013 releases.  The first installment can be seen here.

People are often surprised when I state I’m an introvert. Confessions of an Introverted Strength Coach What most people fail to recognize is that “being an introvert” is part of a spectrum. No one is 100% introverted, nor are they 100% extroverted. Everyone’s a little of both. Another common misconception is that introversion is somehow… END_OF_DOCUMENT_TOKEN_TO_BE_REPLACED

I can sense the eye rolls already. “Really, Tony? A post on New Year’s resolutions? How profound and unimaginably unique!” Touche. I can appreciate that there’s no shortage of similar posts you’ve undoubtedly come across in recent days. You’re likely thiiiiiiis close to introducing your forehead to the keyboard in front of you.  What could… END_OF_DOCUMENT_TOKEN_TO_BE_REPLACED