I’m kind of short on time this morning – namely, because yesterday I spent half the morning on the phone with Comcast trying to figure out why both our internet and cable keep cutting out only to be directed to their automated voice system like four times.

Me:  Hi, our cable and internet isn’t working…….again.

Comcast:  I’m sorry to hear that, do you want us to refresh the signal?

Comcast:  Well, Shark Week does start this week on the Discovery Channel, I’ll get right on that.

We’ve been in this apartment for about six weeks now and I think in total, I’ve called Comcast at least twelve times complaining about service – literally calling every other day.  One day the cable is “skipping,” and the next, our internet is painfully slow and/or our network is down or limited to local access only (whatever the hell that means).  Regardless, I’m about ready to scissor kick someone in the pancreas.

So, while I was supposed to spend the majority of yesterday catching up on work and other shenanigans, instead, I spent half of it on the phone with freakin Comcast.

Nevertheless, I realize I didn’t blog yesterday, and I’m being a lamo today and just posting some cool things to check out, but assumimg I’m not throwin in jail when the Comcast guy gets here this morning, I’ll have some stuff up tomorrow.

I hate my life! 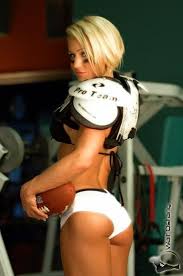 Without question, the glute ham raise is a fantastic movement to help build a strong and aesthetically pleasing posterior chain.  Thing is, though, it’s often butchered by many trainees and what they end up doing is anything but.  Here, Zach – of IFAST – gives the lowdown on how to perform it correctly.

A few weeks ago, JC wrote a phenomenal post on the marketing ploys (read:  straight up shadiness) of the mainstream fitness industry (magazines) to get women to “think” that all they have to do is lift those cute, little pink dumbbells in order to get fit.  Here, JC proves that training like a girl is anything but pink dumbbells.

The good doctor hits the nail on the head here.  Rather than shame our kids into losing weight, how about actually taking the time to make them nutritious foods?

If you train people for a living, read this. Don’t Guarantee Results It’s seems counterintuitive, maybe even borderline asinine, not to guarantee your clients results, right? I mean, what the hell are they hiring you for? HINT: It’s not to trade baseball cards or tickle fights. I had a new client start with me recently… END_OF_DOCUMENT_TOKEN_TO_BE_REPLACED

There was time in my blogging career where I’d be more apt to dedicate writing energy toward topics like “Top 5 Carrie Bradshaw Breakups” than anything related to business, let alone taxes. However, a major mishap I made back in 2007 when I transitioned to being self-employed made me change my tune quickly.  Let’s just… END_OF_DOCUMENT_TOKEN_TO_BE_REPLACED