4 Things You Can Do Today to Be More Awesome

Note from TG:  Today’s blog is the epitome of not having an agenda.  I just opened my laptop and wrote.  I hope it doesn’t suck.

1.  Whenever I write a program and I really (REALLY) want to make someone hate life, I usually throw in some clusters.  What are clusters you ask?

Essentially, clusters are an easy way to get more ‘work’ done with heavier loads.  Taking it step further, clusters can also be thought of as more of a rest-pause variation where you perform a heavy single – or heavy double – with shortened rest periods in between each rep.  In a way, it’s a form of interval training, except done with weights. And it’s infinitely more badass.

There are a million and one ways to perform clusters, but using a simple example lets say your best 5RM back squat is 225 lbs.  With clusters, you would use the same weight or maybe even up it a smidge (5-10 lbs) and then perform FIVE singles with 10-20s rest in between.

That’s ONE cluster.  Rest 3-5 minutes, and do that 3-4 more times.  By the end you’ll either want to puke or stab someone in the face. Either way, like I said, you’ll hate life. 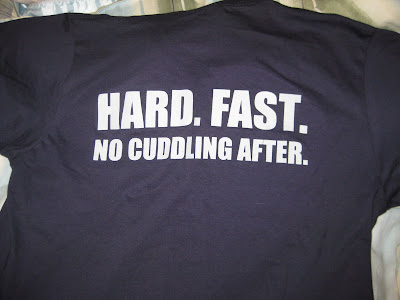 2.  Stretch.  Seriously.  Just stretch.  I know it’s about as exciting as watching an episode of Golden Girls, but suck it up and do it.

For the record: those cute little arm circles and hamstring stretches you do don’t count.  In fact, I’m willing to bet your hamstrings are fine, and the only reason you’re stretching them in the first place is because it’s the only part of your body that doesn’t need a crowbar to do so.

For most (actually everyone), stretching the hip flexors is the name of the game. As a society, we essentially live in flexion, with some people spending a good 15 hours of their day sitting at home, sitting during their commute to and from work, sitting at work, and for some, sitting even more while they “workout.”

And while it can be argued that all stretching really does is increase our tolerance to stretching (and doesn’t really do anything in terms of increasing the number of sarcomeres in the muscle), I don’t care, stretch those hip flexors anyway.

The video above is more of a mobilization, but it stands to reason you can use it to “stretch” your hip flexors throughout the day.

Oh, and since we’re on the topic, you see that foam roller over there in the corner that you bought last year? Use it.  Times infinity.

3. Cut yourself some slack and perform an unconventional workout. In other words, do something different.  Chances are, if you’re like me, you generally train the same way day in and day out, month by month, and year by year.  More or less.

At the end of the day if you’re a powerlifter, you powerlift, and your training revolves around the squat, bench press, and deadlift.  Similarly, if you’re an Olympic lifter, you Olympic lift; if you’re a bodybuilder, you body build; and if you’re a CrossFitter, well, you do whatever……….deadlifts, cleans, kipping pull-ups, push a car, juggle a few chainsaw.  It’s all good.  You’re doing something, it’s getting you to move, and who am I to judge?

That said, people get set in their ways and oftentimes pigeonhole themselves into training a certain way 100% of the time. They perform the same exercises (in the same order), for the same sets and reps, using the same rest periods or tempo over and over and over again.

I get it. Something works, you get results, you then get comfortable.  That’s commendable, but sometimes that can be dangerous.

We get complacent with our training, and before we know it, we’ve spent the last six months not making ANY progress because we’re always doing the same………thing………all………the……….time.

Speaking personally, for the past few months, I can say this describes me to a “T.”  Training has been more of a chore – like being told to take out the garbage – rather than something I look forward to doing on a daily basis.

With that in mind, in writing this past month’s staff program, I decided to change it up a bit and make training fun again.  Sure, the staples are still there.  We’re still squatting, deadlifting, and otherwise focusing on the compound movements, but I also threw in some exercises that I haven’t done in years.  Yesterday, for instance, this was our B1-B2 superset:

And take a look at the C1-C2 supeset:

I haven’t done dips or shrugs in probably three or four years. I also haven’t had a pump like that, or had as much fun training in a loooooooong time.  And you know what?  It was worth it.

Was it the type of workout I’d normally chastise and roll my eyes at?  Yep. But at the end of the day, sometimes you just need to say F-it and have some fun.

With that in mind, do yourself a favor and change it up a bit. If you’re the type of person who benches three times week, throw yourself a curve ball and squat today.  You know, for shits and gigs.  Conversely, if you’re like me, and seem to be stuck in your own ways, don’t be scared to 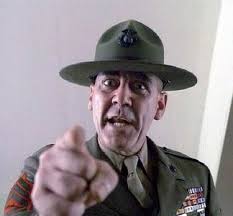 Seriously, why not? Stand up in your office/cubicle/living room/dorm room/or where ever you happen to be reading this, drop down to the floor, and bang out ten push-ups right now.

Do that again in an hour or two.  Set an alarm or email notice, and do that several times per day.  It’s an excellent way to increase your caloric expenditure throughout the day and increase your NEBIRIEPA (Non-Exercise But It Really Is Exercise Physical Activity).

You can use any body weight exercise you want for all I care.  Perform some squats, or even lunges.  Throw a TRX in your office and perform some inverted rows. Better yet, purchase an Iron Gym and bust out some chin-ups in your dining room hallway.  Shirt optional.

And for the ladies reading, if you can’t perform ten body weight push-ups.  First off:  stop saying you can’t do it.  All the negative self talk isn’t going to help.  Secondly:  Try to do 1-2 eccentric only push-ups (lowering yourself as slow as you can to the floor), several times per day.  By the end of the month, I can almost guarantee you’ll be crushing push-ups.

I could probably think of four more equally awesome things (make an omelet, drive a tank, go for a walk, cuddle with a kitten), but these should suffice for now. Now, go perform some clusters!

I received a question recently via my Instagram DM’s and figured it prudent to take some time to write a more thorough response I could share with the masses here. 1. I hope it helps and makes sense. 2. Um, why aren’t you following me on IG? Here’s the question: “What is your response to… END_OF_DOCUMENT_TOKEN_TO_BE_REPLACED

Fitness professionals are notorious for myriad of things: Wearing sweatpants to work everyday. It’s definitely one of the perks of the job. Always forgetting about the protein shake shaker in their gym bag (or in their car) that invariably, three weeks later, ends up melting someone’s face off once it’s opened. Their affinity for smedium… END_OF_DOCUMENT_TOKEN_TO_BE_REPLACED