Want To Really Earn Your Cake?

My sincerest thoughts go out to all of those who live in the NorthEast (particularly New England), and it’s my hope everyone made it through Snowmeggedon 2013 safely and without much incident.

I’m not going to sugarcoat anything: Boston got its butt handed to it, with roughly 30+ inches of snow. We woke up Saturday morning, looked outside, and both Lisa and I were like “whoa!”  After a few cups of tea, about a lb of bacon, a pep talk, and Lisa dressing me up like the little brother from A Christmas Story (I can’t move my arms!!!), I eventually made the trek out to do my fair share of the shoveling.

But being a central New Yorker at heart, and having grown up in the lake effect snow capital of the world, the storm paled in comparison to some of the doozies I experiences growing up.

However, just to give a bit more scope of how much snow we actually got, here’s a picture we snapped of someone’s car completely buried.

I spent a good hour digging out my car, and also did the good samaritan thing and shoveled out the two cars parked next to me as well.  It never hurts to earn some quality karma points in my book!

Anyways, the city was pretty much shut down for two days – no public transportation as well as a ban on driving (and parking) – while plans were made to remove all the snow.

By late yesterday morning (Sunday), all the main roads were cleared, or at least drivable, and most of the side streets were passable (albeit most were one-lane only), which is a testament to the city and all the folks who worked tirelessly to clean things up.

My only point of contention – and I realize I’m setting myself up as the ornery jerk here – is that I really wish the recreational runners of Boston would have some freakin common sense.

Now, I have absolutely nothing against runners, and I think any form exercise is better than nothing.

Having said that, while driving to work yesterday, on more than one occasion, I had to swerve to avoid someone running IN THE MIDDLE OF THE STEEET!!!!

As it was, the roads were narrow enough due to the mountains of snow everywhere. And it certainly didn’t make things easier to have to maneuver my car Jason Bourne style around human beings.

What really irked me was the borderline cavalier attitude many (not all) of them had. As if it was perfectly normal to be running in the middle of the street the day after one of the biggest winter storms in more than 20 years.

Okay, more power to them. And I respect anyone who will still go out of their way to not skip a workout.

But have a little feel!

Likewise, the sidewalks weren’t much better.  Most were very narrow and very icy, yet when walking to the store to get some needed items, both Lisa and I (as well as all the other pedestrians out) had to dodge all the various runners zipping past as if they were getting any benefit for being out there in the first place.  I mean, it seemed like most were attempting to NOT break an ankle rather than trying to maintain a specific tempo.

Would it have killed them to skip one day, or, if they really needed to get their heart rate up, to I don’t know, shovel a sidewalk???

Okay, I’ll step off my soapbox now. Just talking about it makes me want to jump through a window.

Switching gears, the snowstorm served as an impetus for something else, too. Something a little less irritating.  It gave me the opportunity to catch up on some much needed reading. 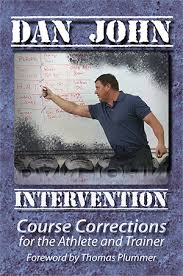 I was sent a copy of Dan John’s latest book, Intervention, a few weeks ago and unfortunately it was relegated to my “to read later when I have time” pile.

Since I wasn’t going anywhere for the foreseeable future, I decided to hunker down and read a few chapters.

Not surprisingly, I loved it!  I pretty much love anything Dan John writes, and this was no different. And why not:  he has over 30+ year of coaching experience.

While I still have a ways to go before I finish it, there was one passage I wanted to share that really resonated with me and helped feed into my incessant campaign on why I continue to encourage women to turn to strength training in lieu of those lame cardio-pump classes.

And yes, sometimes even running.

Recently, a woman told me her friends can’t make a mistake.

What? Well, what she told me was this: Since they were attacking fat loss with aerobic work and strict dieting, they didn’t have any wiggle room. The woman, who holds herself nearly year-round at a very impressive 19% bodyfat, told me she enjoys desserts, cocktails, BBQs and fine food. But, and this is a big but, she can also do 10 pullups. She is very strong in the weightroom. In other words, her glass is so big, she can afford to cheat a little here and there.

That made no sense to me. Then I watched her train and thought about some other women I work with. When she presses an impressive kettlebell overhead (half her bodyweight with one hand!), her entire system has to gather up resources, and then adapt and recover from the effort. When little Edna at my gym thinks the five-pound dumbbell is heavy, she isn’t going to tax her body very hard.

Ladies: read that again and let it sink in. I’ll explain a few things in a second.

I’m not kidding, read it again.

Now for most, you may be wondering what the whole ” her glass is so big, she can afford to cheat a little hear and there” means.

What kind of glass are we talking about here?  A standard 8 oz glass?  A wine glass?  An Optimus Prime collectors mug I got in a Happy Meal circa 1985? 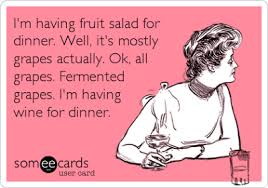 Well, any glass really. The idea, though, is to make the glass bigger!

This is an analogy I first heard from Eric Cressey in his Ultimate Off-Season Training Manual, and again later on from Master RKC instructor, Brett Jones.

Think of strength as a glass, and the water inside the glass as all the “qualities” we train for:  endurance, strength-endurance, power, agility, speed strength, strength speed, having the ability to somehow take F.O.R.E.V.E.R in the bathroom getting ready, you know, those types of things.

The smaller your glass, the less “qualities” you’re able to express, let alone at a high level.  That said…..

Strength is the basis for everything.

You can’t be “fast” without having some semblance of strength (or horsepower) in reserve.  You can’t improve your timed mile, or taking a bit further, your marathon time if you can’t generate more force into the ground to propel yourself forward.

The larger you make your glass, the more liquid your’re able to place inside said glass, and the likelihood your performance improves.  Whatever your endeavors may be.

If you’re weak, the glass is almost filled to the brim, and there’s little room for improvement.  And, I’d even argue for those more aesthetically minded:  you can’t even come close to getting as lean as you’d like if you’re weak in the first place.

If you’re someone who’s idea of “working out” is performing endless repetitions of arm circles, curls, and extensions with those cute, 5 lb pink dumbbells – and it’s hard – guess what?

You can’t have cake.

Conversely, if you’re someone who places a premium on getting stronger (maybe working towards being able to perform ten solid push-ups, or one dead hang bodyweight pull-up, or maybe 1.5x bodyweight deadlift, or something as simple as learning how to squat properly), and you actually place a stress upon your body and force it to, you know, do something…… and do it hard……

……the more “wiggle room” you have when it comes to your nutrition.

While not a concrete train of thought, I think most people reading can appreciate the general tone I’m getting at here.

For example here’s Lisa this past Saturday afternoon while we were snowed in.  While she could have just as easily watched The Notebook or forced me to watch a Julia Roberts marathon, she didn’t.  Instead she spent part of the afternoon randomly walking up to the chin-up bar and busting out some reps.  Here’s her third set of five:

Not to brag, but I don’t think there are many women out there who could just casually walk up to a chin-up bar and start busting out reps.

Wanna know what else she can do:

– Read the Fifty Shades of Grey trilogy in one week (true story).

– Leap tall buildings in a single bound (less true, but I wouldn’t be surprised if she could actually do it).

Wanna know what else she does:

She feels no remorse when we go out to eat on the weekends and orders a steak (with potatoes) and dessert afterwards.

To her credit:  she works her ass off, and has put in A LOT of hours in the gym to look how she looks.

As Coach John alluded to:  she doesn’t necessarily have to be as “on point” with her nutrition (even though she is) and can get away with a few cheats here and there because she’s STRONG!

This isn’t to suggest that every female reading needs to rush out to their nearest gym and commandeer the squat rack (although, that would be pretty cool).  All I’m suggesting is that it wouldn’t hurt to turn the page, turn off the Tracy Anderson DVD, and start lifting some appreciable weight.

For some this should read as a profound epiphany.

Being human means being enamored by a litany of things in the health/wellness/physical preparation realm. Some people are easily swooned by fancy watches and elaborate looking exercises Others by cryochambers and Paleo recipes that taste like sawdust. I am not here to play judgement police. For the most part, everything has a time and place… END_OF_DOCUMENT_TOKEN_TO_BE_REPLACED

Back tweaks are an inevitability. They happen to people who lifts weights regularly, and those who just look at weights. They happen when doing something as inane as bending over to tie your shoes, as well as when you’re doing some less inane, like, fighting crime at night. They happen on a Wednesday. There’s no… END_OF_DOCUMENT_TOKEN_TO_BE_REPLACED