I’ve always joked that if I weren’t a strength coach I’d try to figure out some way to get paid to watch movies.

Scratch that. First, I’d figure out a way to get paid to be a Victoria Secret photo shoot poolside cabana boy; second, professional baseball player; third, grizzly bear tamer (cause why not?); and then someone who gets paid to watch movies.  Not necessarily a movie critic per se – most critics are uppity, bourgeois, a-holes who wouldn’t know a good movie if it slapped them in the face, and place films like the The English Patient in their Top Ten list because it takes place in the desert, includes some subtitles, stars a few Brits, and is over three hours long – but rather just someone who watches movies. And can deadlift over 500 lbs.  For reps.

I’ve always loved movies. I can’t say for sure what my first “going to the movies” experience entailed, but I want to say it was either Bambi or E.T.

And of course, as most guys my age can attest, once the original Star Wars entered the picture it was all over. Once the opening dialogue scroll sequence ended and the camera panned to a Rebel spaceship being chased by a GINORMOUS Star Destroyer that seemingly never ended, I was hooked.

I can remember growing up and watching films like Back to the Future, The Breakfast Club (<— don’t judge, I had an older sister), Return of the Jedi, Rambo, An American Tail, Ferris Bueller’s Day Off, and Field of Dreams and just melting into the various stories and appreciating the journey each film glided me through.

Light saber battles were always a highlight, though.  And I can’t even begin to tell you how many times I watched the final Arnold vs. an entire army cartel battle scene in Commando.

And, not for nothing (and serving as a bit of movie trivia), who knew the actress who played Arnold’s daughter in that movie in only her second role – Alyssa Milano – would eventually become one of the sexiest women of our era and make it up onto the walls of many, many teenage boys?

As I moved through high-school and into my college years that’s when I really started to appreciate movies on a more cerebral level. Before, a good movie was anything that showed boobies and/or included curse words (I.e, Bachelor Party, Police Academy), whereas after awhile, sliding into the 90’s, I started to appreciate things like the performances of the actors/actresses themselves, plot development, character development, story telling, and cinematography.

I defy anyone to make a list of the best movies of the 90’s and not include Reservoir Dogs and/or especially Pulp Fiction. And eff it, I’ll also toss Jackie Brown into the mix because for some reason that’s like the red-headed stepchild of his filmography and people always seem to dismiss it, despite it being brilliant.

So yeah, I love watching movies.

I love watching movies so much that I even went to a screening of Brokeback Mountain by myself back in the day.

I love the popcorn movies like Independence Day or The Avengers for the eye candy and sheer fun and enjoyment they offer. And, like most people, I like watching things blow up.

However, and forgive the snobby context, I often find myself gravitating towards more visceral, independent, artsy-fartsy movies because they allow me to draw many parallels between what’s happening on screen and what’s happening in my own life.

I don’t know about you, but I’m not battling many space aliens in my day-to-day life.

Which brings me to the point of today’s post (I promise, I’m getting there).

I’ve seen just about all the “must see” movies this summer.  Guardians of the Galaxy was amazing. The Grand Budapest Hotel was beautiful to watch (and hilarious). Lucy was okay. Neighbors was really, really funny. Godzilla was, well, Godzilla. What’s not to love? It’s a giant monster wrecking s*** up!

Chef was probably the best movie I saw that no one else ever heard of (if you’re a foodie I HIGHLY recommend it). Obvious Child was a bit overrated (but I appreciated its uniqueness and that it tackled a serious topic in a non-serious way). The Dawn of the Planet of the Apes and X-Men: Days of Futures Past were nerdtastic. Snowpiercer was out there, but in a good way. Hated the ending.

My favorite movie of the summer, though, was one that was praised by the critics and moviegoers alike, and for good reason.  It’s AMAZING.

The movie follows a boy – Mason, played by Ellar Coltrane – through his life from the age of 5 to the age of 18.

It follows his “boyhood” as he deals with his parent’s divorce – played by Ethan Hawke and Patricia Arquette – and managing the juggling act and chaos that ensues.

Moreover, as the movie progresses we follow Mason as he has to deal with an absent father and a step-father who’s a dick, and we work our way through high-school, first loves, first kisses, first experimental drug use, and before we know it Mason is entering college.

In all we follow Mason (and the people in his life) through a span of twelve years. The kicker? It’s the same people playing the same roles throughout the entire movie. We literally see Mason grow up – from a boy to a young man – in a span of three hours.

The director, Richard Linklater (Dazed and Confused, School of Rock, etc), used the same actors and actresses (including his own real-life daughter, who plays Mason’s older sister) throughout the entire movie, filming bits and pieces over a twelve year span.

Each year, for twelve years, everyone would get together for a few weeks to film more of the movie. A scripted movie, not a documentary!

How amazing is that? It’s a phenomenal act of film making.

Think about the dedication, persistence, attention to detail, planning, patience, and CONSISTENCY it took from Linklater to complete this project?  I can’t even imagine.

Now think about your health and fitness goals.

We live in a time where people want results yesterday.  They want quick, fast, & dirty. They want the easy fix.

People are more apt to buy into “smoke and mirrors marketing,” follow some stupid cleansing diet that has them eating a grapefruit every other day and drinking unicorn tears, along with choking down “x” number of pills per day that results in a quick (albeit non-sustainable) 10 pound loss.

All of this…..over the less sexy way.

The less sexy way calls for making better food choices, getting more sleep, staying hydrated, and exercising.  More importantly, it calls for detailed planning, PATIENCE AND CONSISTENCY. Two attributes that, sadly, many people are lacking in an age where we have entire conversations in 140 characters.

The same mindset can be applied to strength or performance goals.  Far too many people program hop and switch programs or goals far too often before they’re ever able to see any results.

One week they want to work towards a 2x bodyweight deadlift. The next they want to follow a Smolov squat cycle. Two weeks later, when they hate life, they decide to ditch Smolov (he’s such a jerk!) and follow more of a bodybuilder approach.

No wait!……lets do a bulking cycle!

Only to freak out three weeks later when they can’t see an ab, and they decide to give intermittent fasting a try.

And then they join their neighborhood CrossFit affiliate. 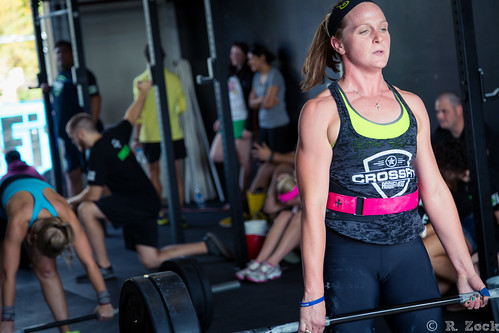 Almost always, without fail, the #1 culprit as to why many people never see results is because they lack patience and consistency! They don’t stick to the program. They don’t plan. Or worse, they never have a program to begin with.

They don’t allow enough time to see the fruits of their labor manifest or to kick in.

Slow down. Relax. Stay patient. Good things come to those who remain consistent.

And On That Note:

Sometimes you just need someone to do the thinking for you, and to help keep you consistent.  Try out my Premium Workout Group or Deadlift/Strength Program: Pick Things Up and Put Them Down.

Also: a slight kudos to John Romaniello for the inspiration for today’s post. He wrote an excellent movie themed post today too that hit a chord and inspired me to write this one.

I received a question recently via my Instagram DM’s and figured it prudent to take some time to write a more thorough response I could share with the masses here. 1. I hope it helps and makes sense. 2. Um, why aren’t you following me on IG? Here’s the question: “What is your response to… END_OF_DOCUMENT_TOKEN_TO_BE_REPLACED

Fitness professionals are notorious for myriad of things: Wearing sweatpants to work everyday. It’s definitely one of the perks of the job. Always forgetting about the protein shake shaker in their gym bag (or in their car) that invariably, three weeks later, ends up melting someone’s face off once it’s opened. Their affinity for smedium… END_OF_DOCUMENT_TOKEN_TO_BE_REPLACED