A few weeks ago I interviewed Pat Davidson during the re-release of his stellar training system, MASS. It’s one of the most effective (and brutal) training programs out there that makes people into beasts, and I have yet to come across anyone who hasn’t gotten amazing results if they happened to survive…;O) His interview included one of the best rants ever. It was also one of the most read interviews ever on this site. What can I say: people love rants. You can check it out HERE.

I wasn’t able to squeeze all of what Pat had to say into one piece, so I decided to omit a section to keep in my back pocket for a later date.1

TG: If people couldn’t tell already, you’re a straight shooter, so I’m gonna ask your thoughts on 1) CrossFit, 2) Overtraining (is it a thing?), 3) People who claim “cardio” is a waste of time, and 4) the movie Creed.

PD: Oh fuck me, you brought up the C word. CrossFit is everything and it is nothing. It’s smart and completely moronic. It’s a testing ground and it’s wasting our time because some things are already known. It’s impressive and it’s a disgrace. It’s a bunch of athletes on drugs who don’t like to address that issue. It’s the best community creating concept that the world of fitness has ever seen. It’s amorphous and evolving constantly. 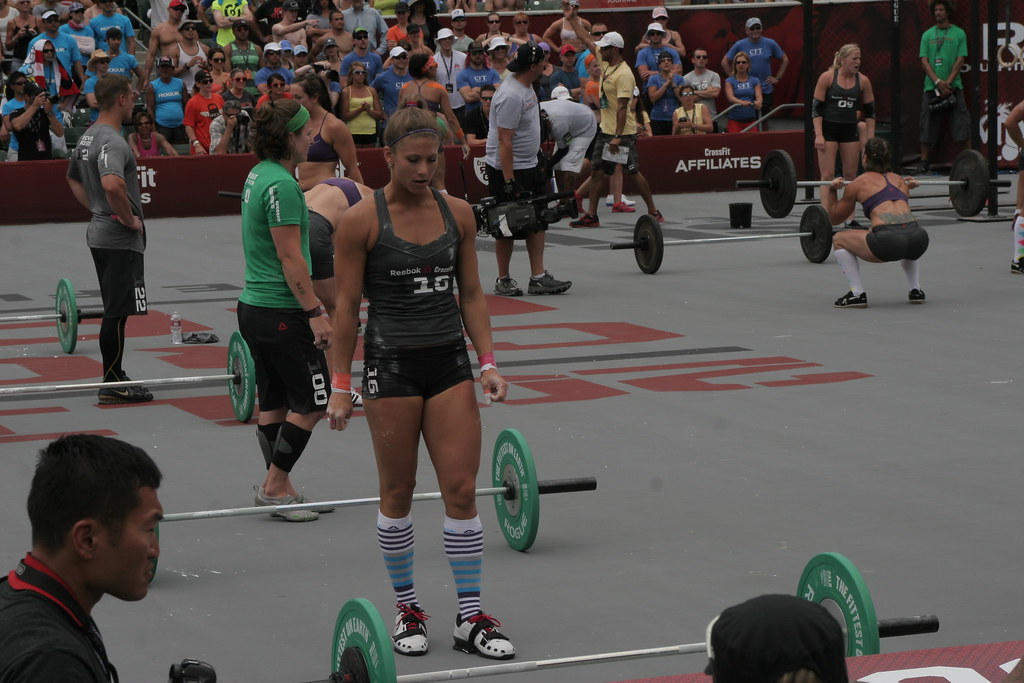 CrossFit is cool and actually does change people’s bodies because people work hard. CrossFit injures the shit out of people. CrossFit is the most brilliant business cult of all time. CrossFitters are comic and tragic figures who try to pretend that they’re somehow different from all others who exercise.

Elite CrossFitters are unbelievably impressive…fucking freaks…can’t even imagine being able to do what they can do. CrossFit is a great outlet for competitive athletes, military personnel, and other people accustomed to using their body extensively when they transition into regular American society.

CrossFit is a terrible idea for competitive athletes to use as their offseason training regime. Some CrossFit workouts are incredibly challenging, satisfying, and artistically put together…I love the Murph Workout.

CrossFit gyms are loaded up with people who definitely lie about how many reps they did, use shitty technique, go through minimal range of motion when they can get away with it, just so they can post a time that looks incredible. CrossFit has managed to convince the women who do it that it’s okay to lift heavy…for that they should get the Nobel Prize of something or other.

CrossFit has also created a culture where the women show up to workout in high socks, booty shorts, and sports bras…thank you CrossFit, high fucking five for that one.

Fuck you for bringing up CrossFit. It’s impossible to answer that question.

TG: Quite possibly the second most epic rant on this site of all-time. 2 for 2 Pat. Well done!

Overtraining is a thing for sure. You can have the best biomechanics, lifestyle, nutrition, and genetics, etc and you can still train yourself into the ground. Most people will bury themselves more with lifestyle, sleep, stress, and shitty food compared to excess mechanical work though.

The best way to become overtrained is to drastically alter your current physical activity levels. The guy who I still base more of my training on than anyone else is Charlie Francis through his writing.

That was a huge thing he emphasized, was not switching anything up too drastically at any point in time. Novelty and drastic volume changes are incredibly disruptive to the organism. You need smooth transitions between blocks that are almost completely imperceptible to the athlete. This is where I think people jack themselves up.

You need to be on a smart long-term program, and that program needs to be consistent, and use things like progressive overload and other shit that makes sense and has been around forever. The closest thing we can say overtraining probably is, is a chronically elevated glucocorticoid level in the athlete, which is indicative of excess stress.

Read Sapolsky for all the reasons why this might happen, but unpredictability is enormous for that. People need rhythms in their life. People are capable of handling enormous volumes of exercise, but they need to build up to it gradually, it needs to have become habitual in the life, and it needs to be fairly regular and predictable.

People who don’t like cardio are usually fat lifters or psychotic aesthetic athletes. In both cases they’re stupid, and aggravating, and un-athletic. In both cases they also like wearing t-shirts with sarcastic anti-cardio memes printed on them that 0.5% of the general public understands.

You can get stupid lean and look amazing and do no cardio…plenty of people have done that…it’s all diet and loading.

Cardio will keep you healthy and be a huge key in injury prevention for the long term. Cardio will also keep you feeling good. Aerobic fitness is so good for you brain, and your mood. Some people seem to get off on being miserable. I think I’ve been that way before, but there’s no prizes for walking around being a martyr all the time. People always miss the point of things and this is a topic that is classic for that.

Note: Pat is a HUGE Rocky fan, and if you pick up MASS you’ll totally get it.

For some reason, I have the voices from the, “Men on Film” In Living Color skit in my head right now…Creed…hated it.

I wouldn’t go so far as to say I hated Creed, but it did nothing for me. It was a sort of recycled Rocky one remix plot line. The love interest added nothing to the movie and took away from some of the early momentum that the beginning of the movie was generating.

If Rocky actually did have cancer, his whole body would have spontaneously exploded from the enormousness of the tumors that would have been growing from the 40 years of extreme anabolics abuse and pasta consumption. I was rooting for Creed to lose simply because he was using the altitude mask in his training…come on, train low, live high…old news…and you look like a moron.2

Overall in the Rocky movie power index, it goes like this…

TG: Okay, lets nerd it up a bit. I know you’re a big PRI advocate (as am I). Can you explain to the readers reading what PRI is all about? I like to simplify and say “it’s about getting people into better positions,” but I know you know MUCH more than I. What’s the deal?

PD: PRI is all about measuring the range of motion of the joints, asking people what muscles they feel working in specific movement tests, and then using logical detective work to figure out what the rate limiting factor is for the person being unable to do certain movements, experiencing chronic pain, or repeating injuries to a part of their body.

Within this design, objective tests are used as frequently as possible, and results often times fit into stereotypical predictable patterns. There is an appreciation for the fundamental and inherent asymmetries present within the human organism at the neurological, respiratory, cardiovascular, vestibular, and many other organ system level of the body. Without these asymmetries we are unable to function as creatures on this planet; however, with these asymmetries, particularly within the frameworks of the lifestyles and behaviors of modern society, we often times rely on existing in certain positions excessively as we fail to shift, move, and move with sufficient variability in our day to day lives.

When people become excessively patterned, overpoweringly creatures of habitual behavior that lacks differentiation, they’re going to need help in many parts of their life, including the biomechanical sphere.

In such cases, the practitioner begins unraveling that person’s life and beginning the process of making that person become aware of their incompetencies. Perhaps you start with the fact that the left hamstring is incompetent in sagittal components of typical stance phase mechanics within the gait cycle; however, this is typically just scratching the surface. As a professional who resides on the movement and fitness side of things, you try to stick to realms purely related to the unconscious incompetencies associated with biomechanics, but with a lot of people, you quickly see that it is the psychology, life decisions, and stressors that are the driver of their pattern, position, and problems.

You stay within your scope of practice as a professional, and you make the person aware of the fewest number of their unconscious incompetencies possible, because the human brain is only capable of processing so much as a certain point in time. You attempt to help that person develop awareness of their unconscious incompetencies, do drills that transition them to conscious competencies, test them to see if the drills are resulting in neuroplastic modification of their nervous system, and hope that you can transition the person to unconscious competency for the area that you have chosen to intervene on.

PRI is an integrated discipline that blends the mechanical findings of podiatry, dentistry, optometry, audiology, and physical therapy into a holistic approach. Within the frameworks of Ron Hruska’s brain child, appreciation is given to behavioral psychology, anthropology, philosophy, and sociology as well, because everything matters, and the truth is often layered, complex, mysterious, shrouded in shadows, and not for the faint of heart who only skims the surface of things.

I received a question recently via my Instagram DM’s and figured it prudent to take some time to write a more thorough response I could share with the masses here. 1. I hope it helps and makes sense. 2. Um, why aren’t you following me on IG? Here’s the question: “What is your response to… END_OF_DOCUMENT_TOKEN_TO_BE_REPLACED

Fitness professionals are notorious for myriad of things: Wearing sweatpants to work everyday. It’s definitely one of the perks of the job. Always forgetting about the protein shake shaker in their gym bag (or in their car) that invariably, three weeks later, ends up melting someone’s face off once it’s opened. Their affinity for smedium… END_OF_DOCUMENT_TOKEN_TO_BE_REPLACED