There’s a Movie Not Starring Jessica Alba or Megan Fox That You Should See. No Really, I’m Not Kidding.

Sorry, for some reason I can’t embed the trailer: CLICK HERE anyways

While Food, Inc is nothing short of a spectacular social commentary on our food system (Hint: it sucks, but more on that below)- I can honestly say that no film, at least in recent memory*, has made me so angry that I’d want to rip down every movie poster in the theater on the way out the exit:

The Notebook: wait a second, I’m in my own apartment. Dammit!!!!

While we’ve been made to believe (marketing and food packaging at it’s finest) that the food we buy at our local food markets is produced on farms with fenced in pastures, hay stacks, blue skies, and free roaming cattle/pigs/chickens/Kirstie Alley’s (sorry, couldn’t resist)- the truth of the matter is, the food we eat is anything but “farm” food. 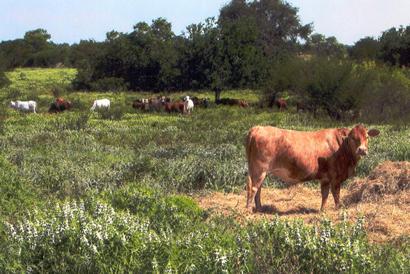 Rather, the vast majority of our food, if you can still call it that, comes from industrialized means -courtesy of CAFO’s (Concentrated Animal Feeding Operations), as well as vast (an estimated 30% of our land) corn/soy fields in the mid-West subsidized by the government. All overseen by a handful of companies (Tyson, Cargill, to name a few) with the sole M.O of producing, packing, and distributing more, albeit cheaper food for the American public.

It comes as no surprise that many consumers often balk at the notion of paying $3 for a dozen eggs or $1.79/lb for fresh, in-season organic fruit at the local farmer’s market. I mean, why pay such an exorbitant amount of money on wholesome, nutritious food when you can buy an entire frozen pizza and a six pack of Coke for the same price?

To make matters worse, as noted in the film, many families often must choose between having the means to pay for stuff like their diabetes medication (upwards of $100 for 50 pills) over purchasing said grass fed beef and organic broccoli. As ass backwards as it sounds, it’s sometimes more prudent, financially speaking at least, to literally eat ourselves to death. Sad, but true.

Moreover, given the fact that it takes roughly 75 gallons of petroleum to harvest, transport, and distribute one acre of corn-which coincidentally is what we feed our cattle (despite what mother nature states otherwise) to fatten them up more quickly; it’s really not that absurd to say, “you are what you eat, eats.” I can see it now- “can I have a quarter-pounder with cheese, hold the Exxon!”

Confound this with the added expense on health care costs (heart disease, diabetes, obesity)- it really does beg the question: is our food really that much cheaper?

Nevertheless, for anyone even remotely interested in what they put down their pie hole, I can’t recommend this film enough. Furthermore, if you don’t leave the theater questioning what you’re going to have for dinner tonight, and aren’t the tiniest bit miffed at the CEO’s and government officials responsible for trying to pull the wool over our eyes (and succeeding), then I honestly think Megan Fox will cry. And no one makes Megan Fox cry. Not on my watch. True Story

* Including, but not limited to movies that

2. Revolve around women discussing their “emotions**”

3. Include teenage vampires that don’t kill each other

4. Don’t consist of some form of ass-kickery. This can include buildings exploding, car crashes, bodily dismemberment (preferably via light saber), ninjas, and/or Crocodile Dundee

STUFF TO CHECK OUT FIRST 1. Virtual Coaching Competency Workshop – Begins 3/7/21 There’s only one more week left to register for my Virtual Coaching Competency Workshop. I figured chances would be high many attendees would be fighting off the urge to commit seppuku staring at their computer screen for seven straight hours so made the executive… END_OF_DOCUMENT_TOKEN_TO_BE_REPLACED

The One Question I Hate Answering

Hate is a strong word. I generally reserve that word for things like: Mushrooms Kipping pull-ups Attack of the Clones Talking about my feelings White supremacists However, a few weeks ago I received an email asking me a question I really do hate answering. No, it wasn’t asking me to send money to a Nigerian… END_OF_DOCUMENT_TOKEN_TO_BE_REPLACED