Exercises You Should Be Doing: Yoga Push-Up Complex

If you’re like me, you’re still recovering from the insulin coma you put yourself in this past weekend.  If the endless array of burgers, hot dogs, steak tips, potato salad, and baked beans weren’t enough, on Sunday, the ladies of CP (otherwise known as our significant others), had it in their heads to make this dessert called crack White Trash Toffee that, surprisingly, isn’t illegal in at least 37 States.

In short, the ingredients are pretty basic:  saltine crackers, enough butter to give an elephant a heart attack, brown sugar, chocolate chips, and crumbled Heath bars.  Again, like I said, crack. 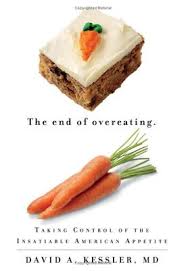 In any case, after the fact I was a bit amused by the slight case of foreshadowing – and given I was incapable of stepping away from the tray of yumminess, I’ll be very intrigued to sit down and dig a little deeper as to why that combination is so freakin addictive.

Outside of that, the weekend was pretty standard as far as Fourth of July’s are concerned:  lots of food (obviously) and power naps.  As well, few of us were able to sneak in a quick lift on Sunday morning (yes, I still train even when on vacation), and we were also able to go watch one of our athletes, Jeremy Hazelbaker, play a game for the Double A Portland Sea Dogs, which was pretty cool.

Nevetheless, it was an awesome weekend, and I hope everyone reading was able to enjoy it just as much as I did.

Moving on, I haven’t done an Exercise You Should Be Doing bit in a while, so I figured I’d throw it into the mix today.

Lately, as it happens, when it comes to warm-ups I’ve been toying more and more with movements that give people more bang for their training buck.  In other words, rather than give people a set list of 8-10 movements to follow (which they tend to skip anyways), I’ll give them a few that are a bit more complex – albeit provide a bit more benefit given the lower overall volume.

The way I see it, people are more likely to perform 3-4 exercises that cover more ground, than 8-10 that divide the same tasks into smaller pieces.

A great example would be today’s featured exercise:

What Does It Do:  as I noted above, this is an exercise that combines a few exercise into one extended exercise.  I mean, if I wanted to get technical, I’d call this exercise Yoga Push-Up with Stationary Spiderman with Contralateral Reach, but that’s a mouthful, and it sounds dumb – so I opted for Yoga Push-Up Complex.

Here, we have a lot of things going on that tend to be problematic areas for many trainees:  thoracic extension, thoracic mobility, serratus anterior activation, hip flexor mobilization, glute activation, and core stability, to name a few. What’s more, this is also a fantastic exercise that “stretches” us in the spiral line.  You’ll notice that when my left leg is extended, for example, I’m also reaching up with my right arm, which targets the muscles, tendons, ligaments, and fascia incorporated in the spiral line.

Note:  for those interested or wondering what the hell I’m referring to, see Thomas Myers’ fantastic book, Anatomy Trains.

Coaching Cues:  Nothing really pops out other than to say that this is a fairly advanced movement, so I’d be more inclined to use this exercise as part of a warm-up with someone who has a little more experience under their belt.  For newbies, it’s going to be a significant challenge and they’d be better off breaking this one down into it’s separate parts.  That being said, it’s an awesome movement and I typically like to perform 5-6 reps PER SIDE as part of a traditional warm-up, or as a “filler” exercise to be performed in between sets of squats or deadlifts.

Try it out today and let me know what you think!

Fair warning: This will not be an all-encompassing post on how to train the shoulders or how to program around nagging shoulder injuries. Frankly, I don’t think anyone wants to read a Dostoyevsky length diatribe on shoulder impingement or how improving scapular upward rotation leaves me sexually aroused. Yep, I’m weird. Instead I want to give… END_OF_DOCUMENT_TOKEN_TO_BE_REPLACED