How to Learn Functional Anatomy

Q: I need to improve my knowledge of functional anatomy (who doesn’t?). I know Cressey took a very comprehensive gross anatomy course down at UCONN as a grad student, but I was wondering how you approached improving this area in your based of knowledge?

Was there a specific text that you used? Did you go to town on memorizing points of origin, insertion, and anatomical structures in a musculoskeletal anatomy index? There’s a ton of information out there for me to access, but I’m trying to get a handle on what the best approach to take is to avoid spinning my wheels.

Thanks in advance for any help you might be able to offer.

A: This is actually a really good question, and something I feel is a monkey wrench for a lot of new and upcoming trainers out there.

Functional anatomy is STILL something I’m trying to get a good handle on, and by far is one of my weaker areas. Well, that, and the bench press. God, I suck at that.

Anyways, while I DO feel I can hold my own with regards to anatomy – boys have boy down there parts, and girls have girl down there parts – I’d be lying if I said I was in any way an expert on it. I mean, all I have to do is sit in on EC discussing shoulder kinematics for ten minutes and I’ll instantly feel like an anatomy asshat.

Often I feel like there’s nothing going on in my head except crickets chirping when I try to have a conversation with him.

Usually I “get” what he’s saying, but sometimes I just end up looking like this:

Seriously. Dude is Robocop when it comes to  anatomy. I’m still playing with Crayola while he’s using the iPad.

Which, when you really think about it, that’s actually one way to get better:  surround yourself with people who are smarter than you!

I’ve long been an advocate of telling people to actively seek out mentors or local coaches/therapists that they can observe.  Most are more than willing to allow someone to come in and “shadow” them for a day or two (maybe even on a weekly basis), assuming you’re not some sociopathic social filter moron who’s going to inundate them with non-stop questions and inquiries at inappropriate times while they work.

Trust me:  there’s a time and place to “talk shop.” Doing so while they’re trying to coach four athletes at once or treat a patient is not that time.

You have two eyes, two ears, and one mouth.  Use them in that order.

For me, though, it’s a matter of repeated exposures to the material.  It isn’t necessarily about what book or what article you read, or who you observe, but just consistently giving yourself exposure to the material. Variety is the spice of life, right?

If given the choice, however, I’d pick various blogs and articles over text books. I definitely tend to gravitate towards those resources which are able to “dumb down” anatomy into simpler forms and contexts that I can easily digest. 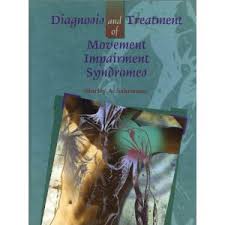 Sure, we have our gold standard texts like Shirley Sahrmann’s Diagnosis of and Treatment of Movement Impairment Syndromes, Kendall’s Muscles: Testing and Function, Thomas Myers’ Anatomy Trains, and Gray Cook’s Movement which every trainer and coach should read and have in their collection.

I’ve read those books – but can only take them a few pages at a time before my brain turns into soggy cereal. There’s just soooo much information packed into those pages that it sometimes feels overwhelming more than helpful.

Instead, I prefer things such as Mike Robertson’s Functional Anatomy for Bad Asses parts ONE and TWO.

Granted Mike wrote those two articles close to six years ago – and I’m sure he’d go back and change a few things given the amount he’s learned since then – but I defy anyone to find a more well written, informative, and precise “overview” of functional anatomy than those two pieces.

Another EXCELLENT resource would be both Robertson’s and Eric Cressey’s Building the Efficient Athlete DVD series, which not only includes all the geeky anatomy stuff but also applies it to how to develop sound programming.

I’d keep going, but don’t want to spend an entire hour searching and linking back to various things.  Just do yourself a favor and bookmark the following websites:

Those dudes will definitely keep you occupied as far as learning functional anatomy is concerned.

Note:  if anyone reading wants to share their “go to” resources, please feel free to share them in the comments section below.

Likewise, for further ideas on what other resources I like check out my Recommended Resources page.

Also, to add to everything – and this is something that I feel a lot of trainers neglect – I can’t stress the importance of just becoming a better COACH!

It’s funny:  whenever a new batch of interns start at the facility and we ask them what they’d like for us to cover during our weekly staff inservices, they always want to talk about anatomy and assessment.

That’s great and all, and we definitely DO cover both, but in truth, many struggle just to

While I do feel it’s important to know origins and insertions of muscles, and can appreciate the desire to come off as the next Rain Man when it comes to spewing out anatomy knowledge bombs, I think it’s equally as important to possess the ability to coach well.

More to the point, actually honing in on your coaching skills is a sure fire way to better learn anatomy.

Become a REALLY good coach, and I can promise you you’ll become very successful in this industry.

Of course, I’m not saying this is the case with you – I have to assume you can teach a push-up – but it’s just some food for thought.

Fair warning: This will not be an all-encompassing post on how to train the shoulders or how to program around nagging shoulder injuries. Frankly, I don’t think anyone wants to read a Dostoyevsky length diatribe on shoulder impingement or how improving scapular upward rotation leaves me sexually aroused. Yep, I’m weird. Instead I want to give… END_OF_DOCUMENT_TOKEN_TO_BE_REPLACED