1. Behavioral economist, Dan Ariely, has often referred to the phenomenon known as ‘the bystander effect’ at length in many of his articles, his blog, as well as both of his books – The Upside of Irrationality and Predictably Irrational – which I couldn’t recommend highly enough.

For those unfamiliar, it essentially refers to cases where individuals do not offer any means of help in an emergency situation to the victim when other people are present.

The most famous incident which sheds a little more light on the topic would be that of Kitty Genovese who, back in 1964, was walking back to her apartment in Queens, NYC at 3 AM when she was attacked by a perpetrator.  Despite screaming for over a half an hour for help, no one responded and came to her aid.  What’s worse:  her attacker, after the initial stabbing, fled the scene when he caught the attention of a neighbor, only to return ten minutes later to finish the assault.

As a result, the bystander effect is also commonly referred to as Genovese Syndrome.

I’ve never really experienced this sort of thing firsthand.  I mean, I witnessed a pretty severe case of road rage a few months ago where I saw one motorist get out his truck to punch another motorist (who cut him off) in the face, only speed off once I ran over to see if they guy who got hit was alright.  Other than that, I’ve never really seen the bystander effect in action.

Well holy shit, this changed this past weekend.

I was a bachelor all of last week – Lisa was away touring Napa and Sonoma Valley with her best friend – and I figured what better way to spend my Saturday night than to go see Prometheus, which I had been anticipating for months on end. Directed by Ridley Scott and presumed to be a sorta/kinda prequel to Alien, I was ready to get my space nerd on.

As is the case most of the time when I go to the movies alone, I sat in the very back row, you know, cause I’m a rebel like that.

Anyways, the movie rocked. It had spaceships, people getting their heads torn off, explosions, and robots. What’s not to love?

With about twenty minutes to go, I see a couple about two rows in front of me get up from their seats, and I just assume they’re leaving. Maybe it wasn’t their bag, or they had a late dinner reservation to get to?

Then, without warning, the gentleman just straight up face plants onto the floor. HARD.  At first I just thought he tripped, but after hearing the woman’s reaction, I figured something a little more serious must have happened.

No one moved. I could see a few people in the same row as them kind of look over to see what was happening, but for the most part, people were more concerned with the big screen than the fact that there was an unconscious human being lying on the floor.

I get up from my seat and approach the couple, and the man comes to. He’s bleeding from his eye and mouth (he landed on his glasses), but he was coherent and able to speak. I asked if he was alright, and his girlfriend, clearly distraught, allows me to stabilize his head (I wasn’t sure how hard he hit, or even if he hurt his neck, but I figured it was better to be safe than sorry). I asked the couple’s other friend to go inform the theater staff and to call the EMTs.

Meanwhile I just talked to the guy, asked him questions – his name, whether he was dizzy or thirsty, whether or not he had a history of passing out, or if he thought Charlize Theron was a smoke show in that space suit?

Okay, I didn’t ask that.

Now, in all fairness, and giving people the benefit of the doubt, it was dark (and loud) and I suspect that the majority of patrons had no clue what was going on.

But I found it strikingly surreal that the people in the same row were just going about their business and not offering to see if there was anything else that needed to be done.

Finally, after 15 minutes, the EMTs arrive, and the manager pauses the movie and turns off the lights. “We have a medical emergency people.”

Long story short, the paramedics carried him away and took him to the hospital. The guy did have a slight history of low blood pressure, and he had passed out before. The woman thanked me, repeatedly, and I said it was no problem at all. I was glad to help.

But seriously. Anyone ever experience something that before? Where literally NO ONE responds? It’s weird.

2.  Not that I needed another reason to take Spike – I’m addicted to the stuff – but I needed a little mental boost yesterday to get myself in “the zone” to bang out my presentations for the PTDC Hybrid Strength Seminar coming up this weekend in Toronto

I was like a presentation writing Jedi I tell you.

I was able to get the meat and potatoes down, and now it’s just a matter of organizing the material – adding in a few videos here, a few Jon Goodman jokes there.  You know, the important stuff.

I’ll just take this opportunity to let everyone know that there’s still a few spots left. If you’ve been on the fence about attending, I assure you, you WILL NOT want to miss this. 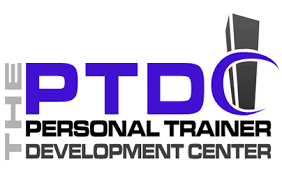 Saturday, where we discuss assessment and anything and everything as it relates to core training.

And then on Sunday, it’s the main event with presentations from myself, Nick, Jon Goodman, Mark Young, Dan Trink, and Geoff Girvitz……with an expert panel to follow.

It’s definitely shaping up to be one of the “go to” fitness events in Canada this year, and I can’t even begin to tell you how much of a networking opportunity it’s going to be for those who attend. Sure, you’re going to learn a crap ton, but these types of events are always worth the price of admission when you factor in the networks established with other professionals.

3.  I’m thinking about implementing more video blogs (vlogs) into the mix. Truth be told, they’re more efficient from a time saving standpoint, and my fingers take less of beating.

I was just wondering if there were any topics that people wanted to me cover whether they’re more exercise technique based stuff, programming design, shadow puppet shows, anything???

What I liked most about Ruth’s story was how she goes into detail about how her transformation not only improved her physical well-being, but her emotional and inner well-being as well – especially with regards to her marriage.

Being kind of banged up right now and not being able to train the way I’d like to, has definitely played mind games with me, and I’d be lying if I said I didn’t feel a little down as a result.

Suffice it to say, it was a breath of fresh air to hear someone speak so candidly on both the physical AND mental attributes that come with taking your health into your own hands.

Fair warning: This will not be an all-encompassing post on how to train the shoulders or how to program around nagging shoulder injuries. Frankly, I don’t think anyone wants to read a Dostoyevsky length diatribe on shoulder impingement or how improving scapular upward rotation leaves me sexually aroused. Yep, I’m weird. Instead I want to give… END_OF_DOCUMENT_TOKEN_TO_BE_REPLACED