1. This is very last minute on my end, and really only pertains to those reading who live in the Metrowest area of Boston, but starting this Wednesday (October 3rd), Cressey Performance will be hosting our own Excellence Bootcamps.

As is the case with most bootcamps, these classes are geared towards those individuals who, you know, work and stuff, have a busy schedule, and who need a quick pick-me-up to start their day.

Now, this isn’t going to be your run-of-the-mill bootcamp where the trainers do something lame like dress up like Sgt. Slaughter, yell at the top of their lungs, and then take everyone through some haphazard session where the exercises and movements performed have no rhyme or reason and serve no purpose other than to make you “tired” and hate life.

Anyone with a clipboard, whistle, and weekend certification can do that.

No, this bootcamp will be a little different in that the coaches running it are routinely featured in magazines like Men’s Health, Women’s Health, and many other reputable fitness publications and actually know how to cater programming towards the needs, goals, and limitations of each individual.

In short, you’ll actually get coached.

What’s more, you’ll be doing this in a state of the art facility with some of the best equipment at your finger tips.

For anyone interested or looking for more information, please contact Pete Dupuis at 978-212-2688, or email him at CresseyPerformance@gmail.com.

2. For those who missed it last week, ESPN Films released a new 30 for 30 short documentary on 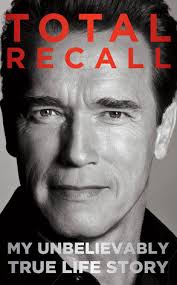 Arnold Schwarzenegger titled Arnold’s Blueprint (<—link takes you to ESPN), which details his life as a teenager and how his service in the military played a critical role in his fame.

Unfortunately it’s only like 13 minutes long, and I’m REALLY hoping they decide to do a full-length cut down the road because it would be awwwwwwwwesome.

Along the same lines, Arnold also released his new memoir, Total Recall, today and I’ve already got it cued up in my Audible.com account to listen to in my car.

Say what you will, but the man has had an unbelievably remarkable life; not only changing the world of bodybuilding and making it mainstream, but also going on to become the world’s most recognizable movie star (Commando, Predator, and Terminator 2 changed my life), and the freakin governor of California to boot.

If only I had one ounce of his self confidence back in high school. I totally would have kissed a girl or maybe stayed up past midnight or something.

3. Funny personal trainer story – and I’m actually contemplating making this into a series that I’m going to tentatively title, “Um, no, you’re an idiot!”

My girlfriend was working out last week doing some bench pressing, and on her last set (135 lbs for a triple, thank you very much) a random trainer at the gym approached her and asked whether or not she wanted a spot.

She cranked out her three reps, and after she racked the weight the trainer ask, “so, why do you have such a big arch in your back when you bench?”

“It’s how I was taught,” she responded. “And besides, why does it matter, don’t we have a natural arch in our lower back anyways?”

“Well yeah,” he replied, “but if you really want to target your chest more, you should try to flatten your back out.”

When she told me this story I couldn’t help but roll my eyes (and frankly, was surprised he didn’t suggest she put her feet in the air.  You know to really pulverize those pecs!).

For starters – and maybe someone else out there can elucidate a little more than myself – how in the hell does flattening your back out inherently target the pecs more when bench pressing?

I’ve heard the argument that when someone has a cranky lower back it’s advantageous to tone down the arch in order to make the movement more comfortable, but I’ve never heard of how flattening the back will target the chest muscles more. Especially since, you know, the pecs don’t even attach to the spine itself.

FOR THE RECORD:  It’s false to think that having an excessive arch in your lower back when benching is bad.  Assuming someone is healthy and doesn’t have a history of low back issues, having an arch in your back is perfectly fine.  Where people often make the mistake is thinking that having an arch is synonymous with the butt coming of the bench.  The former is fine.  The latter, however, causes more instability (and basically makes the movement a DECLINE bench), and is wrong.

Secondly, if she flattened her back out, she more than likely wouldn’t be able to use as much weight because she’d increase the distance the bar has to travel. If you’re in the business of going out of your way to make people weaker, then you’d be onto something!

Lastly, if anything, I’d argue that the bench press in general IS NOT a great exercise for pec/chest development.  Sure it allows you to utilize the most weight and is a superb upper body exercise – I’m not debating that point.  But if you really wanted to “isolate” the pecs you’d stick to dumbbell exercises like DB presses or DB flies which allow you to adduct the humerus more.

So whoever that trainer was who said flattening your back helps you isolate your chest more, “Um, no, you’re an idiot.”

4.  A reader recently sent me this cool video on “What’s the Single Best Thing We Can Do For Our Health?”which coincidentally inspired THIS post I wrote last week.

So, what IS the best thing you can do for your health?  Watch the short video below and find out:

5.  The guys over at WeightTraining.com reached out to me and asked if I’d be willing to promote a really cool “battle” they’re running along with the peeps over at Greatist.com  and the American Heart Association on who can do the most total # of push-ups in a week.

It’s for a great charity, and it will undoubtedly give those looking for a nice challenge or jolt in their training something to strive for.  Or, if you’re like me, make it a game and bust out some push-ups at the most random times just to mess with people.

Waiting in line at the grocery store?  Drop down and give me ten!

Hell, make it like a drinking game. Every time someone sneezes or whenever Tom Cruise says something bat shit crazy, perform ten push-ups.  You’ll win, easy.

6.  Just like most people reading, I LOVE Sunday brunch.  Each Sunday I make a ginormous omelet with a stack of bacon that could feed a small army (and provide enough grease that could fuel a rocket ship) and go to town.

Yesterday, though, was a bit of a change of pace because Lisa and I were expecting company – two of her friends from Florida – both of which were vegetarians.

Ahhhhhhhhh, what do do?  I certainly couldn’t expect them to indulge in my carnivorous ways.

Luckily I remembered I train a client – Cara Lyons – who runs a very successful blog dedicated to those of us who are a little more health conscious with the foods we eat.

After doing a quick search on her blog “protein pancakes,” I found this doozy.

Thankfully, our guests were fine with dairy (so the whey protein powder was perfect!).

Place the Fiber One cereal in a small bowl and cover with warm water. Let sit for a few minutes. Meanwhile, combine the remaining ingredients in a blender. Drain the cereal and add to the rest of the ingredients. Blend until smooth.

Pour the batter in 1/4-1/3 cup portions onto the skillet and cook until small bubbles have risen to the top and the bottoms are set and lightly browned. Flip and continue cooking on other side for about about 3 more minutes, until cooked through.

NOTE:  I replaced the Fiber One cereal with ground flax seeds and omitted the Truvia, and they tasted fantastic!  So much in fact, that I made ANOTHER round later on in the day for dinner. BOOM!

7.  And finally, fitness extraordinaire Rob King made a cameo appearance at Cressey Performance last Friday, and he was kind enough to write THIS blog post detailing his experience. Rob is one of the more passionate fitness professionals I have ever met, and he puts out a TON of great information on his website.  If you’ve never checked out his stuff you’re missing out, and now’s your chance to catch up!

And that’s it for today.  I’m off to BU to go get my squatting on.  Speaking of which, I’m going to be working on my next article for T-Nation on my 4x per week squatting experiment I’m currently doing.  It should be pretty baller/win me a Pulitzer.  Stay tuned……

Being human means being enamored by a litany of things in the health/wellness/physical preparation realm. Some people are easily swooned by fancy watches and elaborate looking exercises Others by cryochambers and Paleo recipes that taste like sawdust. I am not here to play judgement police. For the most part, everything has a time and place… END_OF_DOCUMENT_TOKEN_TO_BE_REPLACED

Back tweaks are an inevitability. They happen to people who lifts weights regularly, and those who just look at weights. They happen when doing something as inane as bending over to tie your shoes, as well as when you’re doing some less inane, like, fighting crime at night. They happen on a Wednesday. There’s no… END_OF_DOCUMENT_TOKEN_TO_BE_REPLACED