Today’s guest post comes from Liberty University undergrad student, Joe Amberlock. Joe’s a bright kid who’s writing has been featured on T-Nation.com as well as Elitefts.com.  It’s a slightly different flavor compared to the posts I normally write (or even include as a guest post), but for those who like to geek out on baseball, and more to the point, baseball mechanics, this one will be right up your alley.

Also, as a quick reminder, Bootcamp in a Box, an excellent collaboration between Mike Robertson, Jim Laird, and Molly Galbraith geared towards bootcamp owners is now available (and currently on sale throughout the rest of the week).

Loaded with 6-months of tailor-made programming, as well as a plethora of progressions (and regressions), this product is a must have for anyone looking to separate themselves from the bootcamp masses.

Improving performance in sport is always the goal of an athlete’s training. However, in many ways the training community has begun to veer away from this goal of late. Progress is being placed on how much an athlete can squat, clean, or press rather than on the increase effectiveness in the actual sport.

This is true in all sports, not excluding baseball. An example would be a baseball player that increases his max back squat from 400 to 500 pounds over the course of an off-season. This is viewed as progress, the player has improved. He returns to spring training pleased with his improvements, tells his coach and everyone is happy. However, the athlete plays no better on the field and can’t figure out why his gains are not transferring to his sport.

Power, speed, and strength of a movement are not the only contributors to an athlete’s success in a given movement (task) but also heavily weigh on the athlete’s skill to effectively use and execute the task with 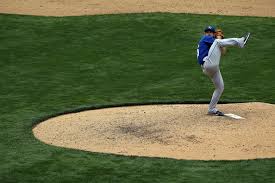 Every sport consists of the body completing a series of small tasks to form what to the naked eye would seem like a simple movement.

However, a sport cannot be generalized or simplified as just a body in motion, but rather every sport presents its own complex motor patterns to complete a task as it is presented during the competition of that sport.

Every game a player will encounter numerous tasks and they must accomplish this task through a motor pattern (Sequence of movements arranged to succeed).

That motor pattern can involve several different tasks throughout competition such as in baseball. An athlete will be expected to complete tasks such as fielding a ground ball, throwing to another player, or hitting. Each task is different in its own unique way, and each athlete is unique in how he accomplishes each task. Hence why cookie cutter programs aren’t the most effective way to train.

Say an athlete swings on a fastball, makes enough contact to hit over the right field fence, home-run. Spectators marvel at the athletes’ power and strength, the pitcher had no chance. The athlete was able to hit the homerun because he overcame the external opposition he was facing; the pitcher. He studied the pitchers tendencies and knew what was coming.

Although the battle at the plate is often chalked up to the pitcher vs. the hitter there are many other oppositions the hitter must overcome in order to complete his task successfully.

When an athlete steps into the batter’s box to hit the focus is generally placed on the external opposition. In this case it is the pitcher. The pitcher will present resistance in the form pitch selection, pitch speed, and location.

An athlete’s preparation is usually catered to focus on the external opposition he is certain to face. However, the athlete will also encounter forces he cannot directly see.

Opposition comes in the form of gravity, balance, inertia, and reactive force. All of these come into play and must be overcome. Each of these forces can be analyzed and broken down on the effect of the swing just as pitchers tendencies can be analyzed.

Therefore increasing the effectiveness of a task requires improvement of specific skill to control body movement and to generate force to overcome external resistance.  Not just getting more powerful and stronger in a squat or deadlift.

When an athlete is first taught the correct form, technique, mechanics on how to swing and hit a pitch generally it is not a pretty sight. Perhaps his technique shows progress as he takes each swing slowly and deliberately. You then ask him to perform that same technique but now swing as powerfully as possible, as I’m sure you can imagine the swing mechanics would almost entirely break down and the athlete looks as if he had never swung a bat in the first place; It looks as if there is no rhyme or reason to his technique.

Note from TG:  Sort of like CrossFit, but without all the blacking out, and puking on the floors and stuff.  Ohhhhhhhhhhh snap!

As the athlete becomes more mechanically proficient inefficiencies in his mechanics become harder to realize.

Flaws in the swing are not as apparent as they were at the beginner stages. Although this does not imply that the inefficiencies, although smaller, are any less important. Every portion of the swing’s motor pattern must be analyzed.

Each portion of the swing interacts with another forming a specific pattern of sequential actions known as a biodynamic structure. A small mechanical error can affect the entire biodynamic structure and throw off an entire at bat just like an incorrect guess at an oncoming pitch can.

There are key elements and movements that must be broken down in each athletes swing and accompanying these elements are secondary-elements that assist them. A good example of this is the athlete’s bat speed would be a key-element and movement and the elastic energy stored in the muscles before the swing would be an example of secondary-elements because they assist in the key-elements success.

To improve these key elements there must be a specific analysis of the biodynamic structure of the swing. The analysis should consist of the following:

Identifying the key-movements in the swing

There must be an examination of where during the swing there is a shift or displacement of the athletes’ center of body mass.

In relation to this center of body mass how does this shift or displacement impact the force propulsion throughout the swing; a small inefficient shift could result in failure. Also the key displacement of the body’s limbs from the center of gravity during the swing must also be taken into account and the phase in which the ball makes first contact with the ball.

Finally there must also be a mechanical observation of the synchronization of these two (the center of body mass and displaced limbs upon contact) An athlete at a glance may have a smooth proficient swing, this appearance is due to the syncing of all these small aspects.

Increasing the effectiveness key-movements in the swing is a multifaceted task.

However it is made easier if the principle of dynamic correspondence is implemented correctly. This principle assures that the athletes training will be applicable to the improvement of the swing. The muscle groups and their range of motion, along with direction of motion must be observed. It is also necessary to examine types of muscle contractions that are taking place throughout the movement.

All of these observations must be taken into account before planning out an athlete’s preparation. Key movements and elements must be analyzed and broken down to find inefficiencies. If these inefficiencies are not trained and improved than the athletes increases in power, speed, and strength will not be used or translated into the sport if mechanically there is something out of whack.

This takes time and patients however, with these observations progress can be correctly measured rather than with vague movements or drills that contribute little to actual on the field performance.

To summarize, a program designed to increase a player’s performance is not a one size fits all deal. Each athlete is different and therefore each approach to an athlete must be unique to them. What works for one athlete may only be detrimental to another. Be wary of cookie cutter programs and arbitrary methods and take the time to analyze and get to know what your athletes really need to improve.

Joe Amberlock(Orlandi) is an undergraduate student at Liberty University pursuing a degree in Kinesiology. Joe’s tutelage under master strength coaches Bill Gillespie and Dave Williams along with experience working with Division 1 collegiate athletics has allowed him to learn, apply, and share his methods to all levels of athletes. Find out more at AmberlockPerformance.com

Fair warning: This will not be an all-encompassing post on how to train the shoulders or how to program around nagging shoulder injuries. Frankly, I don’t think anyone wants to read a Dostoyevsky length diatribe on shoulder impingement or how improving scapular upward rotation leaves me sexually aroused. Yep, I’m weird. Instead I want to give… END_OF_DOCUMENT_TOKEN_TO_BE_REPLACED