Personal Training/Coaching/Writing: Why You’re Not That Special

Sorry for the slight gap in between posts from last week to today.  While I’d like to sit here and say something honorary like I decided to prep my food for the week, or I don’t know, I spent my Friday morning reading scripture to orphans, what I really ended up doing was making the mistake of watching my very first episode of The Walking Dead.

What started as “oh, I’ll just check out one episode, and then get some work done,” turned into a Walking Dead marathon where I had season one completed by Saturday afternoon, and I’m already 3/4 of the way through season two as I type this.

As you might expect, she’s just ecstatic that I’m obsessed with this show at the moment (slight sense of sarcasm there).

But enough of that. My goal today wasn’t to sit here and type away on why zombies are the awesome. Although, lets be honest: that would make for an entertaining post.

Instead I want to exercise a massive brain dump on a topic that comes up every so often (maybe once every week or so), and something I’ve let marinate for quite some time.

And everything in between.

Too, I also receive a fair number of emails from people asking me for career advice.  Specifically I’ll get emails that sound similar to this (Cliff Notes version):

How did you get to where you are today?  I’m a new trainer and I’d really like to get my name out there more. How do I get more clients?  How do I go about starting a blog or trying to write for places like T-Nation or Men’s Health?

While I’m always humbled to get such emails, and I always go out of my way to write back a detailed and

positive response, there’s still a teeny-tiny percentage of me that wants to do nothing but face plant my forehead into the keyboard and yell out any number of expletives.

What I want to say (but don’t, because I don’t want to come across as an a-hole) is something along the lines of this:

How about understanding that I’ve been working as a personal trainer/strength coach/business owner for about a decade! That I spent the first five years (FIVE years!!!!) working in corporate fitness (and a number of shitty commercial gyms) trying to get better at what I do, working with as wide of an array of clients as I possibly could.

The way I saw it the only way I was going to get better was to expose myself to as many different types of people as possible; whether it was a 15 year-old kid who was only there because his parents forced him to be and could barely perform one push-up, or a 88 year old grandmother who wanted nothing more than to be able to pick up her cat without throwing her back out.

Part of that entailed getting up at 3:45 in the morning every Monday and Thursday to drive 45 minutes to work so that I could be there to open the doors for people who did nothing but walk on a treadmill and stare at a television.  Awesome.

The other days were spent closing the gym at 8 PM, only to drive home 45 minutes so that I could write programs for an hour.

No one ever talks about stepping outside their comfort zone, either.  While I don’t regret working in corporate fitness and various commercial gyms for five years, I knew that in order to grow as a professional I needed to take the next step and learn to “spread my wings” so-to-speak.

This involved packing up all my things – on a whim – to move to Connecticut into an apartment with some dude named Cressey.

Talk about a leap of faith.  I had no idea what the heck I was getting myself into, but I knew I had to take the chance.

Then, throwing myself another curve ball (on a whim), a year later, I quit a pretty sweet job to move  yet again. This time to Boston.

I arrived in Beantown with no job in sight and a dwindling back account.  But things worked out in the end because I was willing to start at the bottom of the totem pole (again), work crappy hours for a less than stellar wage, and not bitch about it.

I was adamant in making myself better through coaching my tail off and helping people reach their goals.

I still did my part: continued to read, attend seminars, and started to explore the idea of writing a blog (and eventually articles) while other colleagues were stuck in neutral and would do nothing but brag about how wasted they got the night prior.

Then, in 2007, we opened up Cressey Performance, which wasn’t exactly a walk in the park. We literally started from scratch building a successful business from the ground up. 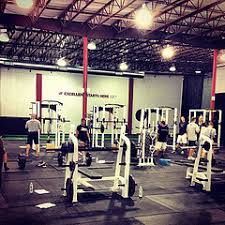 Five years later, I’m only just now feeling as if I’m hitting my stride and starting to “get it.” But I also understand that I still have a loooooong ways to go, and that I’m no where near where I want to be.

The key point to take home here is that it wasn’t a matter of just showing up and expecting things to fall into place.  I didn’t pet a unicorn and things just happened.  I worked my ass off to get to where I am today! And you know what?  I know I have A LOT more work to do before I feel like I’ve accomplished anything.

As far as the whole writing thing is concerned, lets put things into context. If you want use writing as a way to get your name out there – whether it be starting a blog or possibly writing for other fitness sites – great!  I think that’s a wonderful goal to stive for.

The best piece of advice I can give anyone in this regard is to just write!  Quit talking about it, and do it.

As a frame of reference, I was talking about this with Ben Bruno over the weekend, and he made a pretty solid point. He had 26 articles published on T-Nation last year, at an average of 2500 words per article.

That’s 65,000 words, which, for those wondering, is a metric shit-ton of writing.

Throwing myself into the mix: I had six articles published on T-Nation, which is no where near as prolific as Ben. But giving a little credit where credit is due, I also did a lot more writing on my blog comparatively speaking, and published 204 blog posts last year.

On average I’d say my posts run anywhere from 800-1500 words per.  For the sake of brevity, lets keep it on the conservative side and say I average 900 words per post.

* Or the equivalent to one Bret Contreras blog entry.

And that doesn’t take into consideration the amount of writing I did for the likes of T-Nation.com, Livestrong.com, Greatist.com, Men’s Health, and everything else I’m completely drawing a blank on at the moment.

Now, I’m not suggesting I’m anywhere near the same stratosphere as Malcolm Gladwell, Stephen King, or JK Rowling as a writer (who is?). But I’m not hesitant in vociferously stating I’m a much better writer than I was a year ago, let alone six years go when I first started.

I mean, come on –  I just used the word “vociferously” in a sentence. That has to count for something.

And, don’t be one of those people who goes out of their way to read all the “go to” texts on becoming a better writer like On Writing Well, Bird by Bird, or to be bit more specific in the realm of fitness writing, How to Get Published: Writing Domination in the Fitness Industry.

While all are fantastic resources, and ones that I recommend all the time, none of them will ever trump the act of actually sitting down in front of a computer screen and writing.

I think it was William Faulkner (or maybe Kurt Vonnegut) who, when standing in front of a room full of writing majors and asked what piece of advice he’d give on how to become a better writer, just simply said, “write.”

And while many people don’t like to hear it:  you often need to write for years (and for free) before anyone actually reads your stuff, let alone pays you for it.

Just to reiterate:  I’m always more than happy to help people out and to offer advice and words of encouragement, and I’d certainly be the first one to state that I don’t have all the answers.  I just wish more people would take a step back and understand that it takes a lot of hard work, sacrifice, and yes, sometimes years in order to become “successful.” At least a lot more than what I can offer in one simple email response.

As Malcolm Gladwell states in his phenomenal book, Outliers (which I feel everyone should read at some point in their life), it takes 10,000 hours of deliberate and purposeful practice in order to become good at anything.  It doesn’t just happen. 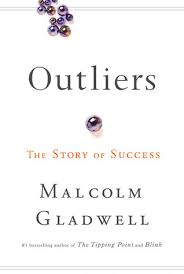 I’ve been a fan of “offset” loading for a number of years now. Without getting too deep in the weeds on what offset loading is and what the benefits are… …it’s when you either stagger your foot or hand position on certain exercises OR you load an exercise a certain way (how you hold a… END_OF_DOCUMENT_TOKEN_TO_BE_REPLACED

Last week I received an email from Jon Goodman. At first I thought he was going to extend an invite to me to come up to Toronto for a weekend of watching Jean Claude van Damme movies. But that wasn’t the case. Fingers crossed for next time. Nope, instead Jon was curious if I’d be… END_OF_DOCUMENT_TOKEN_TO_BE_REPLACED