Who’s pumped for a little Star Trek action this weekend!?!?!?!  I know THIS GUY is. It’s funny: I was never really much of a Star Trek fan back in the day, preferring to get my geek fix watching Star Wars over and over and over again.  Sure, Captain Kirk had a way with women, but come on, Luke Skywalker had a freakin lightsaber!

I’ll admit, though, I often caught glimpses of Star Trek: The Next Generation on tv and thought Capt. Jean Luc Picard was pretty bad ass. But alas, he was no Han Solo.

Suffice it to say once I heard (back in 2008) that the nerd of all nerds, JJ Abrams, was going to helm the next reboot of Star Trek I was intrigued.  To me Abrams can do no wrong, and like the baller that he is – he delivered.

His re-envisioning of Star Trek – updating the characters (albeit maintaining the quirks and inside jokes of the old series) along with all the mind-blowing special effects – really revitalized a dying franchise and won over a treasure trove of new fans.

I’m sure at some point this weekend Lisa and I will be making a cameo appearance at the cinemaplex.  The only question remains is whether or not she’ll allow me to wear my Spock ears to the showing?

Alright, lets get to the stuff you should read.

Oh, before I get into that I want to remind everyone that you only have until TOMORROW (Saturday, May 18th) to take advantage of the sale (48% off the regular price) that Eric Cressey has placed on his renowned program, Show and Go:  High Performance Training to Look, Feel, and Move Better.

If you’re in a training rut, in a programming flux, or are just kinda going through the motions, this program is about as close as you can get to training at Cressey Performance without actually training there.

Well that, and techno Thursdays…..;o)

Okay, for real this time – here’s some stuff you should read:

Here’s a very interesting piece written by former CP coach, Brian St. Pierre, on the current state of affairs of our food – as well as what’s in store for the future.

Insects as an awesome source of protein?

Surprisingly, this is NOT science-fiction, but things that are actually happening or going to happen.

The Truth About The 7-Minute Workout – Adam Bornstein

This was an EXCELLENT rebuttal/dose of reality written by Adam (with a supporting role by Brad Schoenfeld) on the shadiness behind the current “research” regarding the 7-Minute Workout craze that’s currently making its way through the mainstream media.

By now many of you have undoubtedly heard on the news or in the magazines that all you need to do is “workout” seven minutes a day in order to attain the body (and health) you’ve always wanted.

Adam and Brad peel back the stupid and let it be known that there’s a litany of flaws with this so-called “study,” and that all it takes is a little common sense to smell the BS.

“All I Do is Teach People to Pick Up Heavy Things” (Yeah Right:  You’re Doing So Much More Than That) – Dr. Justin Rabinowitz 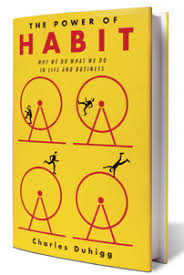 In this article the good Doc uses a nice parallel between the book The Power of Habit (which I’d HIGHLY recommend to everyone) and how what we do as fitness professionals has far more reaching benefits than just teaching them to exercise properly.

If you train people for a living, read this. Don’t Guarantee Results It’s seems counterintuitive, maybe even borderline asinine, not to guarantee your clients results, right? I mean, what the hell are they hiring you for? HINT: It’s not to trade baseball cards or tickle fights. I had a new client start with me recently… END_OF_DOCUMENT_TOKEN_TO_BE_REPLACED

There was time in my blogging career where I’d be more apt to dedicate writing energy toward topics like “Top 5 Carrie Bradshaw Breakups” than anything related to business, let alone taxes. However, a major mishap I made back in 2007 when I transitioned to being self-employed made me change my tune quickly.  Let’s just… END_OF_DOCUMENT_TOKEN_TO_BE_REPLACED