Note from TG:  Continuing on from yesterday’s post, today in part deux strength coach Joe Giandanato takes the reigns and talks about his own battles with laxity and how’s he’s been able to manage his symptoms and pain through dedicated strength training as well as some attention to detail with other things.

For those looking to geek out on anatomy and assessment talk (me, me, me!!), Joe breaks down ligamentous verbiage, talks about rate of force development, as well provides some sage words on medical treatment.  For the record:  it does NOT include watching old Jean Claude Van Damme movies like Blood Sport or Kickboxer or Double Impact.

OMG – those movies were so awesome.

And don’t roll your eyes at me – you know you watched them back in the day.  Don’t kid yourself!

Challenges of Dealing With Lax Athletes

Perhaps one of the greatest challenges I’ve faced as an athlete, lifter, and coach is dealing with ligamentous laxity. I’ve found through my years as a coach and personal trainer that athletes and lifters with ligamentous laxity need to be “slowed down” in the gym. They must master first bridging and planking variations to find a stable core and hips before progressing to barbell exercises.

I’ve found that tempo training works well, especially when the eccentric or isometric is accentuated. Prolonging both help provide the athlete or lifter greater proprioceptive benefits along with a smoother transition to more advanced exercises.

Nine times out of ten, I’ll usually scrap static stretching in the post-workout portion of the training session and in its place, I’d have the athlete perform lower threshold activation exercises for the muscles of the hips, shoulders, and upper back as well as those encircling the knee. (such as what?)

I’ve found these areas to be the most problematic and they’ll typically require the most programming attention. As you’ll soon read, working with athletes with ligamentous laxity can be highly rewarding. Many times, these are explosive individuals who are shrouded by inefficient movement patterns and in some instances dysfunction and pain. With sound programming and proper care, these individuals can blend the best of both worlds – elasticity and strength, unearthing the explosive athlete within.

My brief story involves a lifelong love-hate relationship with congenital laxity. My athletic career actually began in a gymnastics studio as a five year old who was enamored by all of the things the older neighborhood girls were capable of. Though my stint in gymnastics didn’t last very long, I remember being just as flexible as all of the girls in class. As I continued my athletic pursuits, which included soccer, basketball, and eventually football, I began to notice that my extreme flexibility had become a detriment of sorts.

Although there was an incredible amount of spring to my step and I was typically one of the faster athletes on the field or court, I was also one of the weakest and most susceptible to joint injury.

Once my mediocre athletic career concluded, which consisted of a brief stint of walking on my local college’s soccer team and flirtations with semi-pro and minor league football, I solely dedicated my extracurricular efforts to the iron.

Although I competed in an unsanctioned push-pull meet a number of years ago, I’ve struggled to keep my body intact long enough to make a concerted attempt in a full powerlifting meet.

The unraveling of my musculoskeletal health triggered an extensive amount of reflection and research. For the past decade I had been bogged down by a cranky sacroiliac joint. If anyone has suffered from SI joint issues, you’ll know that virtually any activity or posture has the capacity to piss that joint off.

SI joint issues aren’t conducive to the “big three” and they certainly don’t lend themselves to productive training sessions.

My maligned speculation of what was causing it was limited to muscles. Although no muscles connect the ilium to the sacrum, the joint itself is governed by the musculature of the lumbopelvic hip complex. A faulty firing pattern could lead to a lateral or anterior pelvic tilt influencing movement of the SI joint.

When the sacrum tips forward, it nutates, when it tips rearward it counternutates. When the SI joint loses its ability to nutate and counternutate effectively, biomechanical compensations occur, which are typically accompanied by pain. Initially, I made the mistake of zeroing in on the muscles responsible for my pain and decreased strength while I overlooked the ligaments.

Ligaments are strong, fibrous bands of connective tissue which connect bones to each other across all joints. Ligaments are composed of both solid and liquid components. The solid components include multiple types of collagen as well as elastin, actin, and proteoglycans, which are glycosylated proteins that play a number of roles in connective tissue health, relevantly the regulation of collagen fibrillogenesis and stimulate cell growth.

The liquid components are mostly comprised of water, which influences cellular and viscoelastic functioning. I should also point out that ligaments are not independent of our body’s neurovascular network as the epiligament, or outer ligament, has a rich supply of proprioceptors and blood.

Individuals with congenital laxity typically have ligaments that are loose, or for a lack of a better term, “stretchy”. These stretchy ligaments do more than allow laxity sufferers to perform parlor tricks such as stretching a muscle beyond a normally safe end range, they can pull joints out of centration which alters proprioceptive abilities as Miguel alluded to before.

Since stretchy ligaments do not allow an individual to maintain joint stability, much less establish it in first place, then joint health will erode over time. Individuals with congenital laxity are at a greater risk for developing osteoarthritis, degenerative disc conditions, and patellofemoral issues. They are also more susceptible to joint sprains likely due to compromised proprioception.

Benefits of Being Lax

However, having ligamentous laxity doesn’t relegate you to the good girl/bad girl machines tucked away in the corner of the gym. Lax individuals can ramp up rate of force development due to their enhanced elasticity. RFD isn’t just limited to a muscle’s force generating capacity.

RFD is also linked to the contributions of the parallel elastic component (PEC) and series elastic component (SEC). Anecdotally, I have found that trained individuals with laxity are more proficient in absorbing force during eccentric movements, which is likely why many lax pitchers can hurl ched as they gather elastic energy during the windup and cocking phases of the pitch. 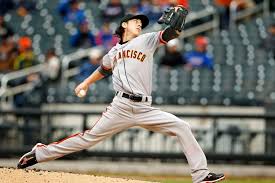 Registering a 9 out of 9, like Miguel did in his self-administered exam, will get you enshrined in the laxity hall of fame. As thorough as the test may seem, it is rather limited as it overlooks a number of potentially problematic joints.

Watch as my physician, Dr. Hartman assesses me on the table and demonstrates the examination to Miguel and three medical students who are getting napalmed with knowledge.

Receiving treatment from Dr. Hartman has been a godsend. When I first visited him a few months ago, nagging SI joint pain had flared up again rendering mundane ADLs such as bending over to tie my shoes, colossally painful. The closest thing I came to squatting and deadlifting was from a spectator’s perspective, observing my athletes perform these lifts while I was writhing in pain, hunched over a power rack.

While medical management of laxity isn’t necessary for everyone, I can personally attest that Dr. Hartman’s treatments have worked wonders for me. Though pedestrian by powerlifting standards, I can crank out sets of deep squats with 405 and conventional deadlifts with 500 pounds on command. Though there’s still a lot of room for improvement on my end, I have come a long way through Dr. Hartman’s care.

One of the treatment modalities that Dr. Hartman utilizes is prolotherapy. Prolotherapy or “prolo” for short involves injecting a hypertonic dextrose or saline solution into the joint. The injection incites an inflammatory response which promotes tissue repair, thereby improving ligamentous integrity and reducing or eliminating musculoskeletal pain.

Medical research indicates prolotherapy as an effective treatment option for those with laxity of the anterior cruciate ligament (4) and knee osteoarthritis (5). Another study suggests that prolotherapy is effective in treating lower back pain in conjunction with additional interventions (6).

If you’re interested in what a round of prolotherapy treatment entails for the SI joint, check out the video. If you’re squeamish, it’d be in your best interests to avoid the 1:09 mark in the following video.

Miguel Aragoncillo, B.S., CSCS, H.F.S, is a strength coach at Endeavor Sports Performance in Pitman, NJ. Miguel is also a Personal Trainer in the Philadelphia area. Miguel enjoys short sprints on the beach, lifting heavy things (sometimes even in competitions), and dancing on the weekends. You can check out his musings on his blog HERE, as well as follow him on Twitter @MiggsyBogues.

Joe Giandonato, MS, CSCS, FSBSCC is the Head Strength and Conditioning Coach and Fitness Director at Germantown Academy in Fort Washington, PA. Giandonato is also a Personal Trainer at the University of Pennsylvania, Department of Recreation. He also serves as the Senior Sports Science Editor on joshstrength.com, a website dedicated to strength athletes and those desiring improved body composition and performance.

In 2012, Giandonato was named a fellow of the esteemed Society of Balding Strength and Conditioning Coaches, hoping to one day join the ranks shared by Tony and Eric (Cressey). Confessions of a Strength Coach: Come At Me, Bro 2021 Edition

Full Disclosure: Friend and colleague, Mike Perry, serves as inspiration for today’s post. He posted something very similar on his various social media feeds last week and I was inspired to toss in my two cents on the matter after reading his list. Send any hate mail to: relax@thisisntanindictmentonyourcharacterifyouhappentodisagreewithme.com If for some reason the email… END_OF_DOCUMENT_TOKEN_TO_BE_REPLACED

STUFF TO CHECK OUT FIRST 1. Virtual Coaching Competency Workshop – March Since I won’t be traveling anytime soon to present, I decided why not bring one of my workshops to YOU? I will be putting on my popular Coaching Competency Workshop this March over the span of three weekends. I figured chances would be high many attendees would… END_OF_DOCUMENT_TOKEN_TO_BE_REPLACED