2 Minute Squat, and the Truth About Challenges

Today’s guest post is brought to you by Toronto based strength coach, Lee Boyce. I’ve always been a fan of Lee’s work and have often linked to his stuff on his own website as well as T-Nation.

I had the opportunity of hanging out with Lee last year when I visited Toronto and he’s every bit as personable, humble, and friendly as he comes across in his articles.  Plus, for what it’s worth, he does a killer post-lift robot.

Lee’s actually going to be making a cameo appearance during mine and Dean Somerset’s Edmonton Workshop in a few weeks, so the likelihood that they’ll be some kind of robot-off is 100%.

In any case, enjoy!

I’ve always had a competitive edge when I was in school. Especially as a middle and high-school student, I wanted to be number one at anything that was remotely related to athletics and strength. Being the fastest runner, highest jumper, and lifting the heaviest weights were among the top things on my priority list.

Unfortunately, since much of the duration of my school-age career was spent as the equivalent of a 98 pound weakling, I was less than successful.

Regardless, the mentality remained present, and pieces of it still pepper themselves into my life as a lifter and trainer. It’s hard to resist a good lifting challenge, and the latest poison was too hard to resist. After a summer chalk full of Olympic lifting, I got notably stronger, but performing any exercise for more than three reps turned into the most arduous conditioning task I’d ever experienced.

Not long ago Dan Trink used a 2 minute leg press as a challenge for reps performed in an article for TNATION. Definitely a burner of a finishing move to destroy the quads and give you a pump that lasts days.

I took that to the next level and tried my luck with a 2-minute-long squat challenge. The kicker is this – the loaded barbell must match (or surpass) your current bodyweight in pounds.

Also, you can’t rack the weight during the 2 minutes – the bar must remain on your back for the entire duration.

Prepare for your heart rate to go berserk.

And (this goes without saying), you have to be sure to use a full range of motion for every rep. I don’t care about high bar vs. low bar, or stance width, as long as it’s not sumo-wide. Just get to full depth, ATG.  Watch me get absolutely crushed by this challenge in the video below:

Breathing Squats vs. the 2 Minute Squat

We’ve all heard of breathing squats. Take your 10 rep max, and without putting the bar down, perform 20 reps. Take as many breaths between reps as needed.  The concept sounds good, and on several exercises it can turn into a real burner – especially, once again, in the case of the leg press.

When it comes to squatting however, from personal experience I’ve found that it’s just too difficult.  I’m not pulling out the pansy card, just hear me out.

To have a loaded barbell with your 10 rep max on your back (for me, that’s around 335lbs), it’s just flat out too heavy for me to lift it 20 times, regardless of how long I take between reps. Most trained individuals have a 10RM that’s heavier than their own bodyweight when it comes to squatting, which is why the 2 minute exercise is a better bet for conditioning and even hypertrophy purposes.

Plus there’s not a “target” number of reps to attain within the time, so you can focus on quality of each rep, and not have your form and technique break down as you progress through the set. That’s huge.

Here’s The Truth about Challenges

We can let our performance at fixed tests dictate the way we view our strength, progress in the gym, or manhood.

Note from TG:  cinnamon test, anyone?  Anyone?

These kinds of challenges are interesting, and the truth is, some of us will never be good at them, and I’m pretty sure I’m a guy who fits that category. As competitive in nature as I was and still am, it goes back to my article on

The Truth for Tall Lifters. Someone’s body type will create huge caveats as to how well they will fare in any given challenge, including the one above.

Check out the video again. In each of the 19 reps I performed with the barbell, the tempo of the squat didn’t really change much. It took me FOREVER to get from start to finish position in any given rep, thanks to my height and the length of my limbs.

Having said that, if I’m given 2 minutes to squat a bar for full range as many times as possible, a 5’9” guy of similar body weight with equal amounts of strength and conditioning will beat me every single time, no matter what.

The interesting part is that it’s not quite reflective of his levels of strength as compared to mine. The task itself is just friendlier to him than it is to a 6’4” guy. For every rep, the 6’4” guy would have done more work (force x distance) than the 5’9” guy – given the amount of reps performed was in the same ballpark.

Plus the tall guy would spend more time under tension in any regular set of his own basic training. Wouldn’t the “Fran” workout for CrossFit enthusiasts be more unforgiving to a 6’9” guy who has to cover a further distance during thrusters, or during pull ups, which cumulatively eats precious seconds off the clock?

The Fallacy Behind Weight – Strength Ratio

I’ll start this section by saying that I don’t have formal research that I’ve conducted, so I’m not about to recite a litany of references to back up my statements, but with that in mind, I definitely don’t believe that there is anything near a linear relationship between having a heavier body mass and the amount that “should” be lifted.

That’s why there are very few people who weigh 265 who can match the strength-to-weight ratio of most 135 pound Olympic gymnasts. Again, it comes down to a game of levers, anthropometrics, and general ergonomics of the movement in question.

On this topic, I was talking to a magazine editor who stands 6’3”, who was recently challenged to a 10,000 dollar pull-up contest against an athlete of the opposing coach’s choice. Simple logic would have that coach choose his lightest and most conditioned athlete, probably with a pair of short arms to boot, and the editor would have gone to the crypt, and lost 10 grand in the process.

According to ESPN.com, In the past 5 years in the NFL combine, the average difference in bodyweight between running backs and wide receivers has been only 10 pounds, however, in the 225 pound bench press test, the running backs performed 5 more reps on average than the receivers.

One could argue that part of this may be due to training modifications to condition for contact situations, but a closer look at the anthropometric differences gives the true answer.

On average, those running backs were 3 inches shorter, with one inch less wingspan. All of a sudden, the longer armed, lankier wideouts had more of a disadvantage than meets the eye in the bench press test – even if they can produce just as much force on the field as their counterparts.

Luckily, we’re not in the NFL, so there are no hard and fast privileges pending on our ability to “score well” in such tests.

Use the challenge above to do just what it did to me – kick some serious tail in conditioning, and present a cool gauge to test against yourself in future attempts.

I find it really cool to repeat similar conditioning tests at the end of each of your training phases to see where you stand as compared to the last phase. I’m sure you’ll get a very different result after a strength program with 3 rep maxes, compared to a dynamic conditioning program with multiple rep schemes.

Fitness training is very body-specific, and as such, it’s extremely unregulated. Don’t be a sucker for what’s on the bar, and the reps you’ve performed, and focus on the training effect. You’re going after your own results, so “challenges” are only valid if they’re made against yourself, and not someone else. 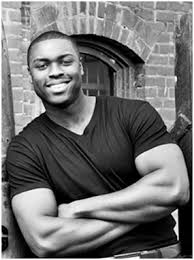 Lee Boyce is an internationally known fitness writer and strength coach and owner of Boyce Training Systems, based in Toronto Ontario. His work is published regularly in many major fitness magazines including Men’s Health, Men’s Fitness, TNATION, Muscle and Fitness, Bodybuilding.com and Inside Fitness.  In 2013, he was named to the Team Jamaica training and treatment staff for the Penn Relays international track meet. Currently Boyce works with clients and athletes for strength, conditioning, and sport performance. Visit his website  www.leeboycetraining.com for more content, and follow him on twitter @coachleeboyce and facebook www.facebook.com/lee.boyce.52.

Being human means being enamored by a litany of things in the health/wellness/physical preparation realm. Some people are easily swooned by fancy watches and elaborate looking exercises Others by cryochambers and Paleo recipes that taste like sawdust. I am not here to play judgement police. For the most part, everything has a time and place… END_OF_DOCUMENT_TOKEN_TO_BE_REPLACED

Back tweaks are an inevitability. They happen to people who lifts weights regularly, and those who just look at weights. They happen when doing something as inane as bending over to tie your shoes, as well as when you’re doing some less inane, like, fighting crime at night. They happen on a Wednesday. There’s no… END_OF_DOCUMENT_TOKEN_TO_BE_REPLACED