In any given week I receive a fair amount of emails ranging from readers who just want to say thanks for writing such a kick-ass blog (you’re welcome!) to momma Gentilcore reminding me that 1) I forgot [insert relative’s name here] birthday and that I better get on my high-horse and send a card stat and 2) it’s getting cold outside.  Bundle up!  Love you!

And, of course, I get a fair number of emails from people asking me anything from programming questions to why does their shoulder hurt? to why it is I am so uncannily interesting, witty, and awesome.  And everything else in between.

In every sense, the emails I receive span the entire fitness spectrum – and I try my best to answer every……single…….one.  Speaking of which, if you could just hold on one quick second as I answer this one I just got in my inbox :

It’s silly really, but a group of them reached out and asked if I’d  be their personal oil boy at their next photo shoot.

Anyways, oftentimes I’ll have someone reach out and ask if I’d be willing to take a gander at their technique on certain lifts and to see whether or not I’d offer any insight or cues to help them clean things up.

Sometimes it’s easy.  I’ll watch a video, things won’t look pretty, and I’ll forward along some simple cues that will help, and then point them in the direction of posts like THIS, THIS, and THIS.

Other times it’s a bit tricker because someone’s technique may need a little more TLC and attention to detail. A great example would be the video below, which was sent to me last week from someone who will remain nameless.

**When I asked his permission to use his video for a blog post  he asked if it would be okay if I’d omit his name altogether.  I think he was thinking I was going to throw him under the bus and include him on some rolling playlist of epic deadlift fails.

I reassured him that that wasn’t going to be the case, and all I wanted to do was to make this into blog post so that my advice could be read by others who may be making the same mistake(s).

We internet high-fived and well, here we are.

Speaking of which, here’s the video

My Thoughts/Words of Wisdom

1.  First and foremost: props for walking onto screen wearing that hat like a boss. I’d almost liken it to a Walter White’esq/Heisenberg fashion prop, but I know all you’re doing is deadlifting and not cooking a vat of meth.

2. One of the glaring “mistakes” I see right off the bat is setting up too far away from the  bar.  I like to tell people to make sure their shins are right up against the bar, or at the very least to be an inch or two away (to allow for a little dorsiflexion).

By setting up too too far you’re just going to make more work for yourself and increase the distance the bar has to travel – not to mention we could make a case that you’re going to place a bit more shear load on the spine.

So, for starters:  get closer to the bar upon the initial set-up.

3.  Another major point to consider is the initial movement upon descent towards the bar.  If you pause the video at the 9-second mark, you’ll notice that “Heisenberg” initially breaks with his knees translating forward, 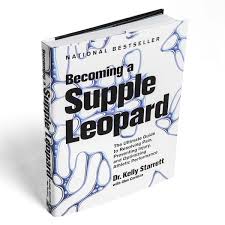 essentially squatting down towards the bar.

So, in a lot of ways, what’s going to happen is we’re trying to set up from a “TOP-DOWN” position, which is something Dr. Kelly Starrett discusses at length in his book Becoming a Supple Leopard.

The goal, then, would be to initiate by pushing the hips back and to continue hinging back, performing to what mounts as an unloaded RDL, accumulating massive tension in the hamstrings, and when there’s only a few inches left, THEN you’ll bend over to grab the bar.

Which brings us to the next point.

4.  Setting the hips too low

This coincides with the whole squatting vs. hip hinging discussion from above. I think the bulk of this issue will clean up itself once you learn to hip hinge into proper position, so I won’t belabor this point too much. But it stands to reason that a nice “check point” would be to take notice where you feel tension.  In the video above, I can guarantee to you feel the bulk of it in your quadriceps.  If so, you know you’re setting up with your hips too low.

5.  Another key point to consider is getting tension in the lats and upper back.

If I were standing there coaching Heisenberg, 1) I’d tell him to put on some loud, belligerent “my mother never loved me music” to fire the place up a bit more and 2)  I’d stand in front of him and have him set up a bit more vertical or upright. I’d want him to make sure that whatever lettering is on the front of his shirt is facing me the entire time.

You can think to yourself “chest up,” “chest tall,” “proud chest,” “arch like a mofo,” whatever works.

From there, I’d tell him to use the bar to “pull” his chest up and to engage his lats.  You’ll notice in the video that when he starts his first pull to break inertia his shoulders are still fairly rounded (24-second mark).

Speaking in geek speak for a second:  I want him to use the bar to “set” his lats and to get more posterior tilt of the scapulae.

This will work wonders in terms of garnering more tension and to provide more stability to the spine as a whole (as well as placing him in a more ideal position to pull).

6.  More tangentially, while I understand that it’s called the “deadlift,” and you’re lifting the barbell off the floor, there’s a bit more to it than that.

I think one major mistake that a lot of people make is that they feel as if the deadlift is nothing more than casually lifting the bar off the floor.

Instead, what needs to happen is that you need to get more tension in your hamstrings and glutes and generate force into the floor, “pressing” or “pushing” yourself away (through the heels), and then focus on driving your hips forward until you lock the weight out.

Again, freeze framing the video at the 26-second mark, you can see that Heisenberg’s shoulders and upper back aren’t “stiff” (shoulders are rounded) and that his knees aren’t locked out. Not to call him out or anything, but he’s just kinda haphazardly lifting the bar as if it were an egg he didn’t want to break or as if he were at some swanky tea-party and didn’t want to offend anyone.

More privy to the point is that he’s seemingly just trying to hoist the bar off the floor without generating any tension or force into the ground.

Finish the lift.  Get those hips through!  Lock it out!

7. And lastly, to reiterate the point above, he just needs to make sure that on his descent towards the ground he initiates the process by breaking with the hips going back, and not the knees forward.

It’s going to take a little practice, and some attention to detail, but I think all told he’s not too far off from where he needs to be.

1.  A drill that I love to use with newbies to help groove the hip hinge is one that Dean Somerset uses quite a bit as well – the KB Behind the Head Hip Hinge

Here the objective is to brace the abs hard and to hinge through the hips and NOT the lower back. Incorporating this as part of a warm-up or as a filler exercise several times throughout the week would be money.

2.  Don’t be scared to load the deadlift.  It’s actually going to feel a bit MORE awkward to try to hone in on technique with just the bar.  So, don’t feel as if you have to limit yourself to the bar to get better.  Sometimes it’s advantageous to load an exercise to get a better “feel” for it.

3.  Also, don’t be afraid to deadlift more the once per week.  I know it’s in vogue to tell newbies to just perform the major lifts once per week to lessen the risk of injury – and that’s fine  – but conversely it’s kind of hard to get better at anything only performing it once every seven days.

I’m actually not opposed to including some form of deadlift technique work every training session assuming someone isn’t going to be an asshat and perform heavy singles every chance he or she gets.

4.  Don’t go use a high(er) rep protocol.  I think anytime a newbie starts performing high-rep deadlifts, things are going to get dicey real quick from a technique standpoint. To that end, I’d much prefer to keep the reps in the 3-5 rep range (but keep the intensity low).

And that’s about it.  A lot to digest, I know – but hopefully this discussion helped to shed some light on how I generally go about cleaning up one’s deadlift technique.

If anyone else has some food for thought, I’d love to hear it.

Last week I received an email from Jon Goodman. At first I thought he was going to extend an invite to me to come up to Toronto for a weekend of watching Jean Claude van Damme movies. But that wasn’t the case. Fingers crossed for next time. Nope, instead Jon was curious if I’d be… END_OF_DOCUMENT_TOKEN_TO_BE_REPLACED

There are many things that can make your shoulder(s) hate life. Poor programming balance Less than stellar exercise technique Muscular imbalances Bony adaptations (acromion type Poor scapular kinematics Orcs And, for some, we could even make the case for faulty breathing mechanics and/or contralateral hip/ankle mobility restrictions. I try not to get that into the… END_OF_DOCUMENT_TOKEN_TO_BE_REPLACED