In keeping with the running theme of past segments like Tony Takes a Yoga Class (Part One and Part Two) and Tony Takes a Pilates Class, yesterday I added another adventure to my on-going exercise bucket list:

Unfortunately, it wasn’t Tony Performs a Cannonball Into the Playboy Mansion Pool.

Tony Takes a CrossFit Class will have to wait for another day (<— But this one is coming soon!).

And sorry, it wasn’t Tony Fights Rambo with a Flamethrower, either.

Instead, myself, Lisa, and our friend Diana headed over into Needham, MA (a few miles outside of Boston) to visit Iron Body Studios – co-owned by Artemis Scantalides and Eric Gahan – to take part in one of their introductory kettlebell classes which are offered every Sunday morning.

Some of you may recognize Artemis’ name because I’ve included a handful of her articles several times in my Stuff You Should Read While You’re Pretending to Work series, and to speak candidly, her and I have been internet pen pals for a while now.

When her and Eric opened their brand spankin new, and utterly gorgeous facility a few months ago they gave me an open invitation to come take a class whenever I wanted, but it was only within the last few weeks that my schedule was free to do so.

Of course kettlebells aren’t some foreign entity to me.  We have them at Cressey Performance, and not only use them in our own training, but  incorporate them into the programs we write for our athletes and clients.

In addition I’ve written a fair share of articles and posts on the topic:

There’s a Time and Place for Everything – Kettlebells Included (which points the finger at KB elitist who think KBs are the end all, be all of exercise).

Tony Gentilcore on Kettlebells – via TribeSports.com 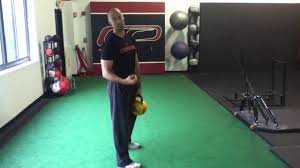 Admittedly, and thus serving as the main impetus for visiting Iron Body Studios in the first place, my knowledge base and expertise on kettlebell training – while I think is up to snuff – is limited to reading and watching videos from the likes of Dan John, Gray Cook, Brett Jones, Neghar Fonooni (now Romaniello), as well as Artemis and Eric, to name a few.

If anything I wanted to visit them to see if my technique (swing and get-up in particular) was on point, and more importantly to see whether or not the coaching cues I use with my own athletes mirrored theirs.

Too, it served as a nice way for Lisa and I to start the day (we rarely ever get the chance to train together), get the blood flowing, and just feel like a million bucks.

Artemis was a champ and took all three of us through an introductory “history” on the differences between the Russian hard style she advocates and teaches (she’s both a Level II RKC Instructor as well as Level II StrongFirst Instructor:  AKA: a badass) and the American style which, lets be honest, sucks (my words, not hers).

From there we went through an extensive warm-up, which felt amazing, and then Artemis coached us through how to pattern a proper hip hinge, which is the backbone for the entire hard style philosophy, and not surprisingly the swing itself.

After that Artemis broke down the swing and I definitely took some mental notes on how I could better cue my own athletes.  Of note I’ve always wondered what the deal was with all that aggressive “hissing” noise that many KB enthusiasts practice, and Artemis explained how it’s a simple way to teach tension and to get the diaphragm to better stabilize the spine – which, upon thinking about it, made TOTAL sense.

Then it was game time.  Artemis watched us in action and critiqued our swings. I felt a little nervous, and after the first set I looked up and was half expecting this:

But thankfully, I passed with flying colors.

From there we went through the basics of a Get-Up (to the hands), which is an art in of itself.  And then Artemis took us through the ringer and had us perform three circuits of get-ups, RKC planks, glute bridges, KB deadlifts, and then KB swings.

I haven’t done that much “cardio” in a while and it was readily apparent that I need to do more. I guess doing heavy triples of deadlifts ain’t cutting it……;o)

All in all, it was an AWESOME experience and I think Lisa and I spent a good hour after the fact discussing how much we’d enjoy doing that a few Sundays every month.  In my case I can see unlimited benefits in terms of helping me address some imbalances and weaknesses I have, and I can only assume that learning how to better use “tension” to my advantage will help my deadlift and squat numbers skyrocket.

Nevertheless, you can bet that Lisa and I (and hopefully Diana…….if you’re reading this Diana, you’re doing this!!!!) will be heading back to Iron Body Studios sooner rather than later.

To that end I asked both Artemis and Eric if they’d be willing to do a quick video on swing technique and they were more than happy to oblige.

WATCH THIS – trust me:

If you train people for a living, read this. Don’t Guarantee Results It’s seems counterintuitive, maybe even borderline asinine, not to guarantee your clients results, right? I mean, what the hell are they hiring you for? HINT: It’s not to trade baseball cards or tickle fights. I had a new client start with me recently… END_OF_DOCUMENT_TOKEN_TO_BE_REPLACED

There was time in my blogging career where I’d be more apt to dedicate writing energy toward topics like “Top 5 Carrie Bradshaw Breakups” than anything related to business, let alone taxes. However, a major mishap I made back in 2007 when I transitioned to being self-employed made me change my tune quickly.  Let’s just… END_OF_DOCUMENT_TOKEN_TO_BE_REPLACED