As I type these words I’m cruising at about 39,000 feet above the ground on my flight back to Boston from Kansas City after having attended The Fitness Summit over the weekend.

I feel somewhat sick to my stomach because 1) I’m not what you would call a “fan of flying” and 2) the two pounds of burnt ends I ate last night from local KC BBQ staple, Arthur Bryant’s, isn’t doing my digestive track any favors.  Nor are the three servings of ice cream I devoured.

Embarrassingly enough, after my second serving of ice cream I was approach for an impromptu photo-op during the social last night by one of the female attendees and I had to make sure that my face wasn’t covered in Cookies-n-Cream.

And that, in part, is what makes The Fitness Summit THE Fitness Summit.  It’s just like-minded people coming to together to do nothing more than hang out, geek out about fitness, perform a Predator hand-shake or two, and simply, unapologetically be themselves.

When I was first contacted by the Brombergs (brothers Nick and David, who organize and run the event) to come and speak at this year’s Summit I kind of felt like I was one of those characters from the movie The Social Network getting their first invite to Final Club shoved underneath their dorm room door.

When I got the email I felt equal parts trying to resist the urge to pee myself a little and running outside my apartment down Beacon Ave and high-fiving every stranger who crossed my path.

While neither of those two happened, I was pretty excited (and honored) to say the least.

You see, I’ve always been somewhat enamored with The Fitness Summit.  I was vaguely familiar with its “grass roots” beginnings in Arkansas when it was known as the JP Fitness Summit and was nothing more than an annual gathering of forum members and the Grand Master, Lou Schuler.

As the years passed it slowly grew, with more and more people making the trek to Arkansas, and, along with Lou, other well-known fitness trainers, coaches, and/or writers.

Fast forward to the last few years – it’s now known as The Fitness Summit, it takes place in Kansas City, and has grown into one of the “go to” fitness events of the year.

I broke my Fitness Summit cherry this year and was was invited to come speak – unbeknownst to myself, given I was slated to speak last, as the “main speaker” (no pressure) – and, well, it was an amazing experience and I can’t wait to go back.

Unlike a lot of fitness seminars, symposiums, conferences, and soirees, The Fitness Summit isn’t about making a profit.

The organizers are happy to break even, and while the presenters are compensated (and treated like gold), it isn’t about the money, or selling product, or egos,  or anything like that.

It’s about the people.

The Summit itself has a very friends-hanging-out-with friends vibe to it.  And, to be honest, the highlight of the entire weekend isn’t so much the abyss of knowledge bombs being dropped by the presenters – and there were many – but more so the networking, shenanigans, and “informalness” of it all.

1.  Again, I can’t stress how amazing the people are.  On top of the presenters, the attendees themselves resembled a fitness industry All-Star team.  What’s more it was so cool to finally put a face to some of the names I’ve grown familiar with over the years. So many people approached me to introduce themselves and to tell me how much they enjoyed my work.

2.  Getting an impromptu deadlift session in with Bret Contreras. HERE’s my 465×3, and HERE’s Bret’s.

Afterwards Bret turns to me and says, “Tony, I’m not kidding, you have the best deadlift technique I’ve ever seen.”

And then we both went into the garage to practice karate together.

3.  Dr. Spencer Nadolsky describing his first “non-sexual vaginal approach” was CLASSIC!  In short:  while in med-school he described his first Pap Smear, and how the woman whom he was testing looked him, in mid-approach, and said “you have beautiful eyes.”

4. Me getting trolled by Alan Aragon during the Expert Panel.  I look at it as a right of passage.  Thanks for taking it easy on me Alan……;o) 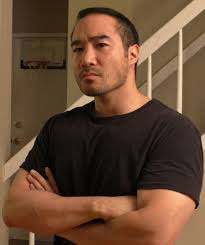 5.  Louie Guarino’s and Dean Somerset’s calf off.  Yes, that happened.

6.  And, one of the coolest things – for me anyways – is seeing so many women showing up!  The audience was roughly split 50/50 as far as male/female ratio and I think that kicks ass.

I received a question recently via my Instagram DM’s and figured it prudent to take some time to write a more thorough response I could share with the masses here. 1. I hope it helps and makes sense. 2. Um, why aren’t you following me on IG? Here’s the question: “What is your response to… END_OF_DOCUMENT_TOKEN_TO_BE_REPLACED

Fitness professionals are notorious for myriad of things: Wearing sweatpants to work everyday. It’s definitely one of the perks of the job. Always forgetting about the protein shake shaker in their gym bag (or in their car) that invariably, three weeks later, ends up melting someone’s face off once it’s opened. Their affinity for smedium… END_OF_DOCUMENT_TOKEN_TO_BE_REPLACED