The Key to Program Design. Diamonds?

I’m heading to my alma mater this weekend to take part in the 2nd Annual Strength & Conditioning/Personal Training Symposium at SUNY Cortland. I – along with my colleagues Nick Tumminello, Mark Fisher, John Gaglione, and Joy Victoria – will be speaking to undergrad and graduate students (in addition to the event being open to the general public) on a variety of topics ranging from the meaning of life and other existential things like how to survive cafeteria food and nightmare roommates to more pertinent things like deadlifts and assessment.

A wide spectrum to say the least!

Okay, we’re not going to discuss cafeteria food or anything related to the meaning of life. Unless, of course, Mark (Fisher) goes into detail on leotards, ninjas, and unicorns. If that’s the case I’m all ears. The man knows a thing or two about living an epic life.

Our objective is to arm the attendees with some “real life” anecdotes on what it takes to be successful in this industry. For instance Mark will discuss what it takes to build a popular (and very successful) gym – built around culture – in one of the most saturated markets on Earth; the concrete jungle, New York City.

Nick (Tumminello) will discuss some of his secrets to single leg training. John (Gaglione) is going to coach the s*** out of everyone. Joy (Victoria) is going to discuss female fitness and how, to a large degree, it’s marinated in negative commentary and connotations.

And what am I going to discuss?

Or to be more specific: offering up the basic tools, insight, and inner dialogue young trainers (and old) will need to arm themselves with in order to write effective training programs.

Because none of it matters.

At least not for most young trainers anyways. Far too often young, impressionable trainers get too caught up in the minutia of program design. Often to the point where they’re stymied or paralyzed and are unable to think “big picture.”

“It is better to have someone squat past parallel with a 5-1-2 tempo with feet 17 degrees externally rotated; or should I have them deadlift instead using the rest/pause method with 6, no, 7 seconds rest between each set?

Some of you reading may be laughing, but scenarios like what’s described above happens all….the…..time.

Trainers and coaches get too caught up in the methods rather than the means.

One of the BIG ROCK themes I’m going to hammer this weekend is the notion of exercise variability. How much variety to trainees actually need?

We’ve all heard the concept of “muscle confusion” before. To dumb it down to it’s lowest possible dumbness (because, you know, it’s dumb): it can be watered down to the idea that we need to constantly “confuse” the body in order to make progress in the gym.

We need to go out of our way to change up our exercises every so often so that we don’t stagnate and/or lose all our gainz and turn into some catabolic ghost.

Now, before someone gets all huffy and thinks I’m telling everyone that exercise variety is  a waste of time, hear me out.

I’m not saying you can’t switch things up every now and then – whether due to a change of goals or sheer boredom. I understand that sometimes we just need to do something different in the gym.

What I can’t stand is when we have trainers telling people that they have to switch up their exercises because the body will get used to them and then they’ll be unable to make any progress.

The human body is not stupid. And, correct me if I’m wrong……people back in the day did just fine with just a barbell. Plenty of people got massive and and in shape with very little variety. I suppose it’s just the nature of the beast when we live in a society where entire conversations take place in 140 characters or less.

Is someone really going to try to make the argument that if we perform back squats for eight straight weeks – and we’re staying cognizant of progressive overload – that the body will somehow stop making progress because there’s not enough variety?

Having said that, I do agree with Chad Wesley Smith in that the more advanced someone gets in their training career (I.e, strong) – and especially if they compete – their programming will reflect less variety, because the objective, then, is to hone in on their competitive lifts.

Powerlifters will focus on their competitive lifts: squat, bench press, and deadlift. Their accessory work will address a weakness or technique flaw in those specific lifts.

Weightlifters will focus on their competitive lifts: snatch, clean & jerk; with a healthy dose of front squats, deadlifts, and clean and presses.

CrossFitters, well, they’ll still need to focus on their competitive lifts too. I just don’t know what the hell that is. They’re a bit of an outlier.

In his article, The Pyramid of Strength, Chad notes that the tip of the pyramid is where advanced lifters will live. They won’t need much variety. This SHOULD NOT be interpreted as there is NO variety (there is!). It’s just not as diverse as many are led to believe for advanced lifters.

Yes, they rotate exercise or implement the conjugate method – but if you take a deep look at what their programs look like, for many advanced lifters – especially world class, elite level – they don’t stray too too far from their competitive lifts. Particularly the closer they get to an actual meet day or competition.

Conversely, at the bottom, where the base of the pyramid is wider, this is where most beginners will live.

Here variety is more or less open to interpretation. Using an easy analogy, I find one of the biggest mistakes young athletes make is to concentrate or specialize in ONE sport too soon. I encourage every young kid to play as many sports as possible throughout the year to ensure a more saturated motor learning environment. An environment where there’s no pattern overload and where they can explore new movements and stimuli.

I can see this mentality falling into the strength training side of things as well, but we have to be careful.

Here motor learning is still important and I want to ensure that the BASICS are stressed. Squat pattern, hip hinge, lunge, push-up, core stability, carry, crawl, etc. There’s variety, but it’s still manageable and not crazy. Beginners, for the most part, don’t necessarily need to be too concerned with high bar vs. low bar position on their squat, adding in chains and bands on their deadlifts, or performing board presses to help with their bench lockout.

The pyramid is a great starting point, but I do feel there’s an even better model to emulate, and what I feel is the key to better program design.

This is a concept I believe James “The Thinker” Smith first came up with, and something I heard Greg Robins discuss in the past.

Instead of a pyramid, think of program design as a diamond. 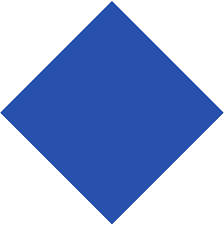 At the bottom are your beginners, and at the top are your advanced and high-level competitive clients/athletes. Neither need a ton of variety in their training.

Beginners need to learn and master the basics.

Advanced trainees/athletes need to be concerned their competitive lifts and/or because they’re so strong, don’t require a ton of variety (or stimulus) to maintain that strength.

In the middle, however, are the intermediates. Not coincidentally this is where most of us (even myself) reside.

It’s here where we can be a little more Willy Wonka(ish) and immerse ourselves in the crazy, zany world of variety.

In this stage we’re past being labelled a beginner – I can hip hinge like a boss, thank you very much – but we’re not where near the advanced level.

Here is where adding in some semblance of variety will come in handy and have more of a place. Here’s where maybe switching up from a low bar position to a high bar position on the squat – to help with staying more upright- can be beneficial. Or maybe adding in chains to work on bar speed?

Here’s where rotating through various deadlift iterations has a place. Maybe your hips come up too fast due to weak quads. If that’s the case, maybe performing some deficit deadlifts will help with that?

Maybe you’re weak off the chest on your bench press. If that’s the case, some dedicated speed/technique work using sub-maximal weight (55-70%) may be in order.

I don’t know: Maybe it’s Thursday and you just want to blast your biceps?

Whatever the case my be, it’s in the middle of the diamond – where intermediate lifters reside – where the concept of “exercise variety” has more applicability and more wiggle room.

Just something to think about.

Being human means being enamored by a litany of things in the health/wellness/physical preparation realm. Some people are easily swooned by fancy watches and elaborate looking exercises Others by cryochambers and Paleo recipes that taste like sawdust. I am not here to play judgement police. For the most part, everything has a time and place… END_OF_DOCUMENT_TOKEN_TO_BE_REPLACED

Back tweaks are an inevitability. They happen to people who lifts weights regularly, and those who just look at weights. They happen when doing something as inane as bending over to tie your shoes, as well as when you’re doing some less inane, like, fighting crime at night. They happen on a Wednesday. There’s no… END_OF_DOCUMENT_TOKEN_TO_BE_REPLACED