6 Ways To Instill Success In Your Client’s Training Programs

The answer is easy: Tell them to add more weight to the barbell.

Facetiousness aside1, I wanted to spend some time discussing a few strategies you can (hopefully) implement today that will make the training programs you write for your athletes and clients more successful.

“Successful” in this context means 1) your clients continue to show up (bills need to be paid, yo!), 2) your clients don’t hate you (and, sometimes, express their gratitude with Starbucks gift cards) and 3) as a corollary to your Jedi-like coaching skills, you turn all your clients into deadlifting Terminators.

We often bog ourselves down harping over details like optimal exercise selection, exercise order, set/rep schemes, rest intervals, or even how loud the EDM should be playing.

Of course, this is not to insinuate all of the above aren’t important, they are.2

However, as fellow fitness pro Jonathan Pietrunti noted on my Facebook wall recently:

“If we don’t focus on bolstering the client’s intrinsic motivation and fostering self-efficacy, they aren’t going to show up for long, regardless of how awesome are programming is on the movement/physiological side of the house.”

You can design something worthy of a Program Design Pulitzer, but if your client would rather wash his or her’s face with broken glass than perform another front squat or set of bench pressing with tempo contrast, you’re failing. 1. Understand People Are Different (and That They’re Not You)

Any well-thought out training program should fit the needs (and goals) of the client. That goes without saying.

A mistake I find many fitness professionals make is that they write programs catered to what they like or how they prefer to train.

I don’t feel this is wrong per se; it’s only natural to default to your strengths and/or personal beliefs and methodologies. Where it becomes a problem is when we gravitate towards a specific modality at the expense of, well, everything.

Greg Nuckols and Omar Isuf gave a brilliant example during the squat seminar of their Lifting Lyceum.

A particular section opened to Omar starting to discuss the squat set-up. Greg was nowhere to be found. The camera then pans down to the floor where we see Greg, who’s not a small human being by the way, demonstrating a full split.

Greg then pops up and explains how, when he was in high-school, his football coach wanted everyone to squat the same way. Same foot width, same stance, like a bunch of robots.

He then demonstrated the exact stance his coach told him to use and maybe hit 70 degrees of hip flexion. Lets just say that if what he showed on video was seen at an FMS workshop, people would become visibly sick to their stomachs.

He then widened his stance significantly, out-toed, and was able to hit a beautiful depth. Thus saving himself from the wrath of internet warriors everywhere.

The point being: If Greg had followed his coach’s poor squatting advice back in the day, assuming everyone is supposed to squat the same way, he may have never realized his full potential as a record holding powerlifter down the road.

Everyone is different, and it’s important to respect unique leverages and anthropometry as it relates to not only squatting, but really, any lift.

Programming based around your client’s goals is paramount. But it’s also important to tweak any lift to fit the needs (and abilities) 0f the trainee, not vice versa.

2. Ensure Success in Every Session

This seems a bit redundant, I know.

“You write a post on how to instill success in a training program and you’re telling me in order to do so I need to….ensure success? Wow, Tony, that’s revolutionary. What’s next: telling me that in order to improve my vertical jump I should jump higher?”

The best analogy I can offer is the whole concept behind “girl push-ups.” 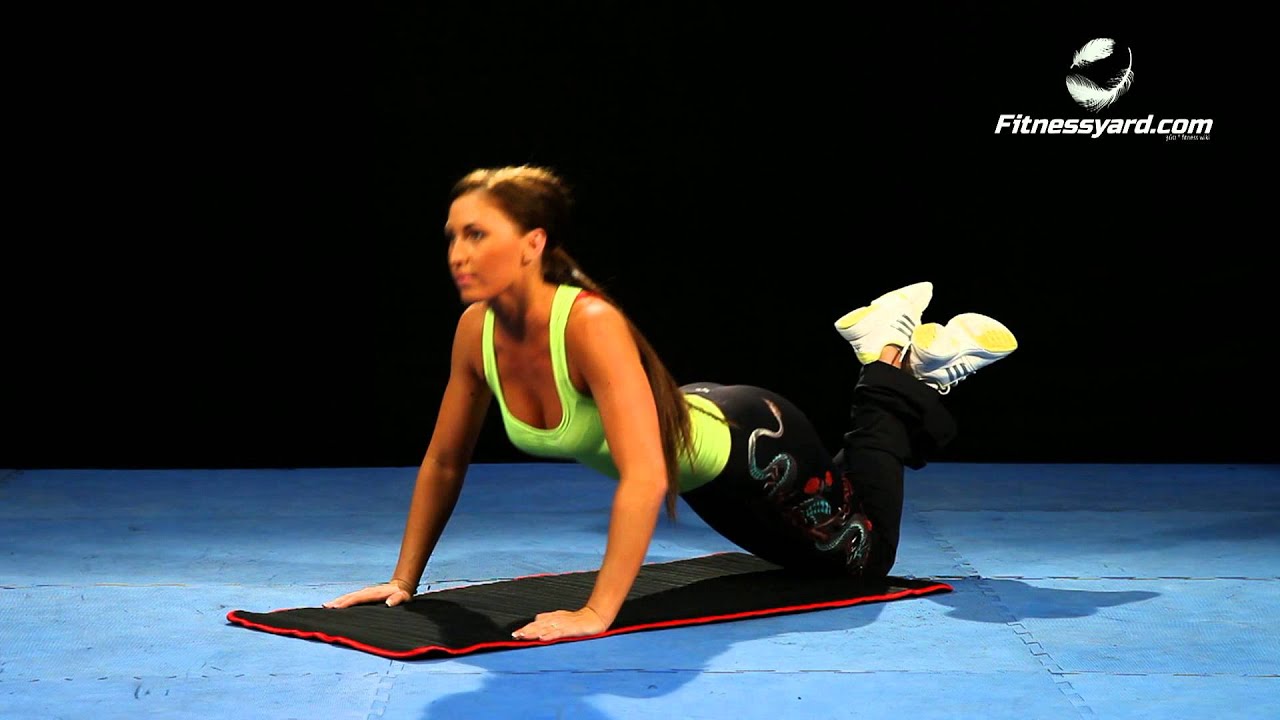 I hate the connotation and message this sends.

Oh, you can’t do an actual push-up? That’s okay, lets pander to societal norms on engenderment, plant the idea in your head at an early age that women must train differently from men (flexed arm hang test vs. chin-up test), and do “girl push-ups” rather than take the time to coach and progress you accordingly.

If I’m working with a female client and she can’t perform a push-up (from the floor) – usually due to a core weakness or lack of lumbo-pelvic-hip control – I find it more productive to OMIT the “you’re a girl so lets do this instead” mantra, and instead demonstrate to her that she can do the exercise.

In both scenarios I’m addressing the actual weak-link (a weak core) and not just tossing my hands in the air and relinquishing programming control to the fact she has a vagina.

I’m coaching. And not only that I’m going out of my way to ensure a sense of accomplishment/success in each session.

This, my friends, is the key.

Autonomy is the love-child of good coaching and giving a shit. Despite what some fitness pros may think, people aren’t paying you to count reps, they’re paying you to COACH.

On numerous occasions I’ve had new clients be taken aback when they realize I’m not counting their repetitions.

I’m too busy watching and coaching to count their reps.

Right out of the gate I’ll tell all new clients that my goal is to make it so that they DO NOT need my services in the not too distant future.

I want to make them their own best asset and advocate.

I want them to go on vacation or walk into a random gym and be able to “MacGyver” a workout in any scenario…whether we’re talking a fully-equipped training mecca or a rinky dink hotel gym that has nothing but a treadmill, dumbbells up to 35 lbs, and a roll of tape. 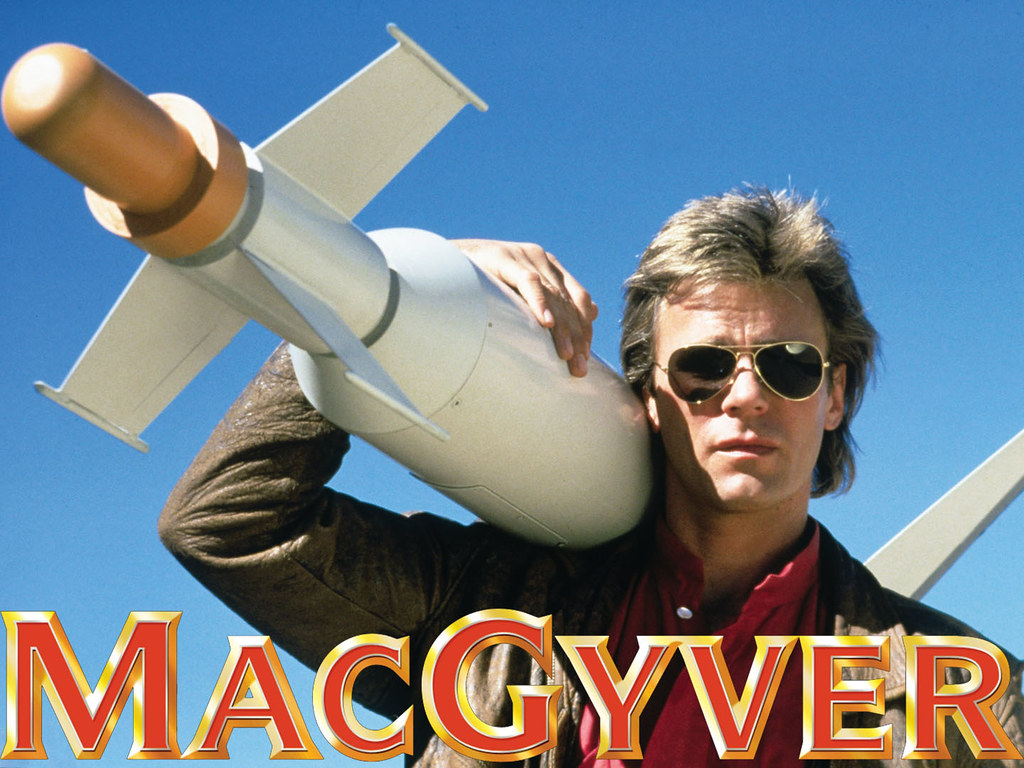 Dan John often speaks to program design being stripped down to nothing more than the squat, hip hinge, push, pull, single-leg variation, and carry.

Teach your clients that.

Force them to marinate in learning each category and what exercises belong where. In doing so they’ll eventually be able to jimmy-rig a workout without batting an eye.

And a funny thing will happen: they’ll end up staying with you anyways.

I wrote about the power of choice in THIS article.

As it relates to providing fitness and program design services this can be a double-edged sword because:

Taking away choice is behooves them.

On the flip side, it can behoove us, the fitness professional, to offer some choice.

This can mean giving them the choice to pick their main lift of the day – Squat? Deadlift? Maximal frisbee toss?

Or maybe giving them the choice to pick the mode of the exercise. Say, a KB deadlift or a trap bar deadlift?

Too, I’ve compromised with clients and “rewarded” them with a 5-10 minute window of doing whatever the eff they want – judgement free.

For many of my guys it’s all about the gun show – bis and tris baby!

For my ladies they’ll often congregate at the Hip Thruster:

New Hip Thruster = my ladies were doing cartwheels when they showed up to train today. Here’s Kristina with her initial test drive. #glutification #hipthruster

Whatever the case may be, offering your clients some semblance of choice is a splendid way to keep them motivated and engaged in their training.

5. Celebrate the Small Victories (Regardless of How Small They Seem)

I like to call this the Todd Bumgardner rule; although he has a much better way of stating it: Some are amazing. They’re engaged, actively coaching, and paying attention to their client, offering feedback and encouragement whenever it’s needed.

Others are, well, pretty shitty.

There’s zero effort in providing feedback. And if there is, it’s generally nothing more than a casual “nice job” or “way to go.”

You don’t need to do back flips or Parkour of the power racks when a client keeps their chest up during a squat.

But would a little enthusiasm hurt?

“Let them know you’re proud of them; allow the client to reflect on what he or she just did.”

6. Simplicity For the Win

Consider this final point the Mise en place of the entire article, or the prep work required for “success” to manifest in the first place.

I had a client admit that she was “frustrated” by the simplicity of the program I wrote for her. I took no offense, because it happens often.

Fast forward a few weeks, “Tony, I feel stronger and my lifts are going up!”

I’m not the first to state this, but people tend to fall into the trap of adding stuff into their programs for the novelty, almost always at the expense of failing to take something OUT.

You can’t just keep adding more and more to a program and expect to make progress. Get rid of the superfluous BS that serves no purpose, get really good at the basics, and watch what happens.

Single leg training isn’t sexy to talk, much less write about. In terms of excitement factor I’d rank it somewhere between a watching a NASCAR race and picking lint out of your belly button. I can understand the cacophony of subsequent eye rolls and yawns that are being directed my way. “An article on single… END_OF_DOCUMENT_TOKEN_TO_BE_REPLACED

When Dean Somerset & I created the Complete Shoulder & Hip Blueprint and the (Even More) Complete Shoulder and Hip Blueprint (both currently on sale for the next 72 hours at 40% off their regular price…wink wink, nudge nudge) our goal was to provide a resource for people to better connect the dots between assessment… END_OF_DOCUMENT_TOKEN_TO_BE_REPLACED