Today’s guest post comes courtesy of one of my favorite people in this world, Todd Bumgardner. Todd’s a straight-shooter (if you couldn’t tell from the title of this post) and a coach I respect a ton. He and Chris Merritt started The Strength Faction not too long and the premise is simple: it’s strength coaching for strength coaches.

As coaches we tend to put the health and well-being of our clients before our own. However, The Strength Faction helps to bring levity to the situation by fostering a unique environment where a support network is put in place coaches get coached by other coaches.

Basically, you’re amongst your people.

I’ve personally been involved with the Faction myself – I’ve been invited twice to speak and perform a Q&A with the group in an online forum – and it’s been wonderful to see its growth and how it’s helped a litany of coaches improve their assessment, program design, and coaching skills.

Todd and Chris just released their new resource The Strength Faction Super-Simple Guide to Writing Kick-Ass Training Programs so you could get a taste and closer look for the systems they’ve developed over the course of 10+ years in the industry which have allowed them to get to the point of writing hundreds of (individualized) programs monthly in an efficient manner without ever sacrificing quality.

I know every coach hits a boiling point where writing programs becomes a major chore and time-consuming endeavor. Wouldn’t it be great to learn a system to better streamline the process, make it less task-intensive, while at the same time allowing you to do what it is you do best?…coach.

Wouldn’t that be something? Something crazy began to happen at the end of the last decade—getting strong was dubbed cool. And, as we approach the end of 2016, the coolness has gained popularity. Clients are approaching their coaches with objective, measurable strength goals instead of the traditional, I wanna lose fat from right here (points to body part), ambiguity.

Sure, we still get the body comp goals—as we should—and there are still a plethora of odd requests, but it sure is rad that people want to sling iron and kick ass.

In the spirit of helping other folks help other folks to hoist and reap the benefits, here are some tips to help you write training programs that kick ass, and make people fucking strong, while also keeping them in one piece.

Holy simmering cat shit! We’re talking about strength and the first thing I’m telling you to do is keep 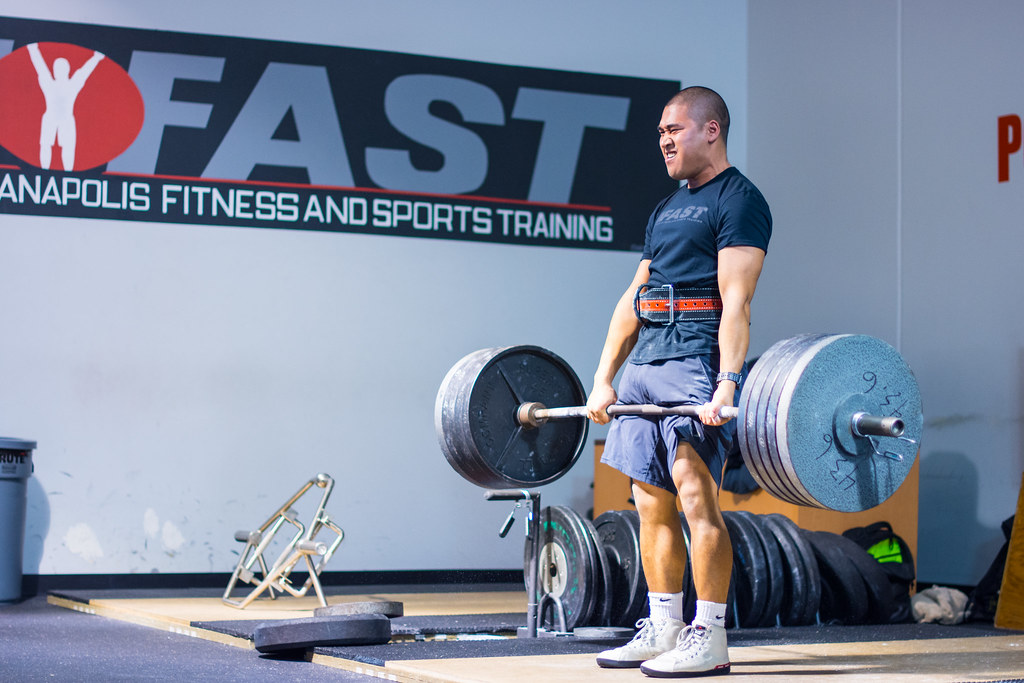 the strength volume down? Yeah, baby, I am.

It doesn’t take grandiose training volume to make people strong—in fact many times we over do it in the name of strength volume while mistakenly sacrificing other qualities. I know because I made that mistake for years—hitting my own training ceilings far too quickly while also creating same, low plateau points for my clients. Reality is most normal folks don’t need a great deal of strength volume to get stronger.

On a three-day, concurrent training program, two strength-focused lifts, with eight to twenty-four total reps for each, are usually plenty. (I say usually because there are sometimes extenuating circumstances.) Precede the strength work with core and mobility work, and follow it with some energy systems development and you’ve given a lady or gent plenty of stimulus for strength, health, and positive change. 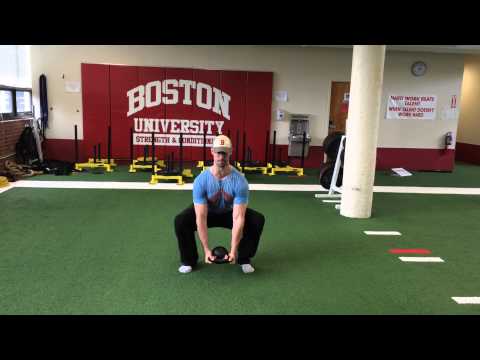 While they may not have the same sexy appeal as advanced techniques like German Volume Training, or High-Frequency Strength splits, concurrent splits are the way to go when programming for general pop clients. Sure, super-specific training blocks may get our folks faster results, but their narrow focus doesn’t do our folks any favors in the long run.

Concurrent programming is more reflective of real life and helps folks accommodate stressors because none are toweringly more intense than the others. Making it more sustainable than block periodization. We can accentuate some qualities slightly more than others during training phases—and I bid everyone to do so—but maintaining all qualities throughout the training year does best to make our folks strong while also keeping them healthy.

During one phase per year, get a little strength heavy. During another bump up the conditioning volume and sacrifice the other variables. Use one training phase to include more load-free movement. But all the while train all of the qualities.

A lot of folks don’t have a good concept of how hard they’re working—and they’re often not sure how hard they should be working. RPE solves that problem.

The common interjection is, what about percentage based training? Well, percentage-based training hinges on a one-day snapshot of a person’s nervous system that is extrapolated to the entirety of their monthly program. That dog just won’t hunt. RPE gives the client, and the coach, the ability to auto-regulate programs on the daily to match current training status, feeling like a bag of smashed assholes, etc.

Have that smashed asshole feeling? That’s great, back the RPE down today, champ.

RPE is also more educating—it gives folks the opportunity to ascribe a number to their subjective feeling. But what if they aren’t in tune with how hard they’re really working? We have to give them something a little challenging for them to sharpen their perception. When we push them to that point, we draw attention to it so that they can comprehend and internalize that feeling so that future training efforts have context.

@9: Heavy Effort. Could have done one more rep.

@8: Could have done two or three more reps.

@7: Bar speed is “snappy” if maximal force is applied.

Most of our work is done in the @7 to @9 range, with most of the strength sets done around @8 and assistance training @7.

Our first job as coaches is to use our best judgment to put a person in the best possible position to be successful. It’s our coaching motto at BSP NOVA, and it would a great oath if fitness coaches were sworn in as doctors and lawyers are. The best position possible is an ideal that encompasses programming variables, exercise selection, and coaching’s psychological positioning.

Let’s think in terms of exercise selection. Our job is to choose exercises that put people in the best position to display their strength. For many folks the strength is in there, they’ve simply never been put in the right position to demonstrate it. That’s why progression/regression systems are so important—and why the 4×4 matrix is such a useful tool in constructing them.

The body must feel safe and stable in order to generate force. If it feels neither, it employs a heavy governor that seriously limits nervous system output. So, if we ask someone to generate force from a position that they don’t “own” we’re doing them a disservice—there’s no way that they can optimally demonstrate their ability. People are often stronger than they realize—they just have to be put in the right positions to display their strength.

How about a hypothetical? Let’s use the deadlift/hip hinge as an example.

You program deadlifting for a client only to find out that they can’t dissociate their hips from their spine and round the ever-living bejesus out of their spine just to grab the bar. So, you decide to cut the range and elevate the bar. Rack pulls are the answer! But you try rack pulls only to find a similar, yet less offensive, problem. So you’re like, ‘goddamn, what do I do now?’

Well, you realize that gravity and load each pose a threat to the nervous system, so you decide to reduce the effect of both—you put your client on their knees and have them perform a handcuffed hip hinge (they hold a kettlebell behind their back and hinge their butt into it). Voila! They’re successful.

They’re able to hinge well—moving at the hips while maintaining a relatively still spine. You’ve found the move that allows them to demonstrate their strength. Will they keep this move forever? Hell no. But at this point in time it’s the best place for them to be—for them to learn how to strongly move. And with time, and your coaching, they’ll progress to a more challenging hinge that suits their frame.

This is drastic case, but it’s a useful illustration. Progression/regression systems give us a simple, efficient means to put people in the best positions to train safely and develop strength.

I take every chance I get to quote Dan John. He’s a good man.

I hope throughout my life I can give the world a quarter of the value that he has. He makes the profound simple and never comes from a place of superiority—he only wishes to share his experience. As our first guest on the Strength Faction QnA, he did just that.

He told us a story about a client that he was working with whose results were diminishing. When they had a conversation about the problems, the client said to Dan that it seemed as though he was getting bored when he wrote his programs. He was making too many changes. The client remembered that when he was making the best progress, Dan was keeping things simple, not doing anything fancy. He was making the minor changes that need to be made to challenge the body without the façade of circus tricks.

Dan quickly righted the ship and got his client back on the bath to mastery. After telling the story Dan impressed upon us the importance of coaching toward mastery—of not getting bored as the coach. In fact, he said, “Don’t YOU get bored.”

If we want to make our people strong, we need to make them good at lifting. Rather than a constant rotation of exercises parading through their programs, keep the productive staples and figure out how to load them in novel ways. As your clients grow in skill, they’ll grow in strength.

This advice is, of course, not all encompassing. It’s the best I could do with 1,500 words. But if you heed this advice, and use it to frame your programming mindset, you’ll be on the right track toward making your people super fucking strong.

Fair warning: This will not be an all-encompassing post on how to train the shoulders or how to program around nagging shoulder injuries. Frankly, I don’t think anyone wants to read a Dostoyevsky length diatribe on shoulder impingement or how improving scapular upward rotation leaves me sexually aroused. Yep, I’m weird. Instead I want to give… END_OF_DOCUMENT_TOKEN_TO_BE_REPLACED