Stuff That Works But People Think Doesn’t But It Does: Submaximal Training Edition

The movie The Bourne Identity, based off the novel of the same name written by Robert Ludlum, was released in the summer of 2002 and starred one Matt Damon.

Up until that point Damon wasn’t a no-name actor. He was most recognized for his roles in Good Will Hunting, Rounders, The Rainmaker, and Ocean’s 11, to name a few.

I, like many others upon hearing the news Matt Damon was going to be playing Jason Bourne – an iconic, bonafide, badass – had this reaction:

Matt Damon the same guy who was in The Talented Mr. Ripley and All the Pretty Horses? That Matt Damon?

“Pfffft, no way it’ll work,” I thought. “A piece of french toast comes across as more badass than Matt Damon.”

Clearly I, and everyone else, didn’t know what the hell we were talking about.

15 years and four installments later (five if you count The Bourne Legacy) it’s hard to think of anyone else playing Bourne.

Needless to say it worked.

People didn’t think it would, but it did.

So what does this have to do with anything? Well, I notice the same parallel in the strength & conditioning world.

People think something won’t or doesn’t work, but it does.

Loosely described, maximal (or max-effort) training is a load – usually a one, three, or five rep max – that can’t be completed for an additional rep.

For example if you squat 275 lbs for three reps, but attempted a fourth and know you’ll perform the world’s fastest face plant, that’s your 3-rep max. 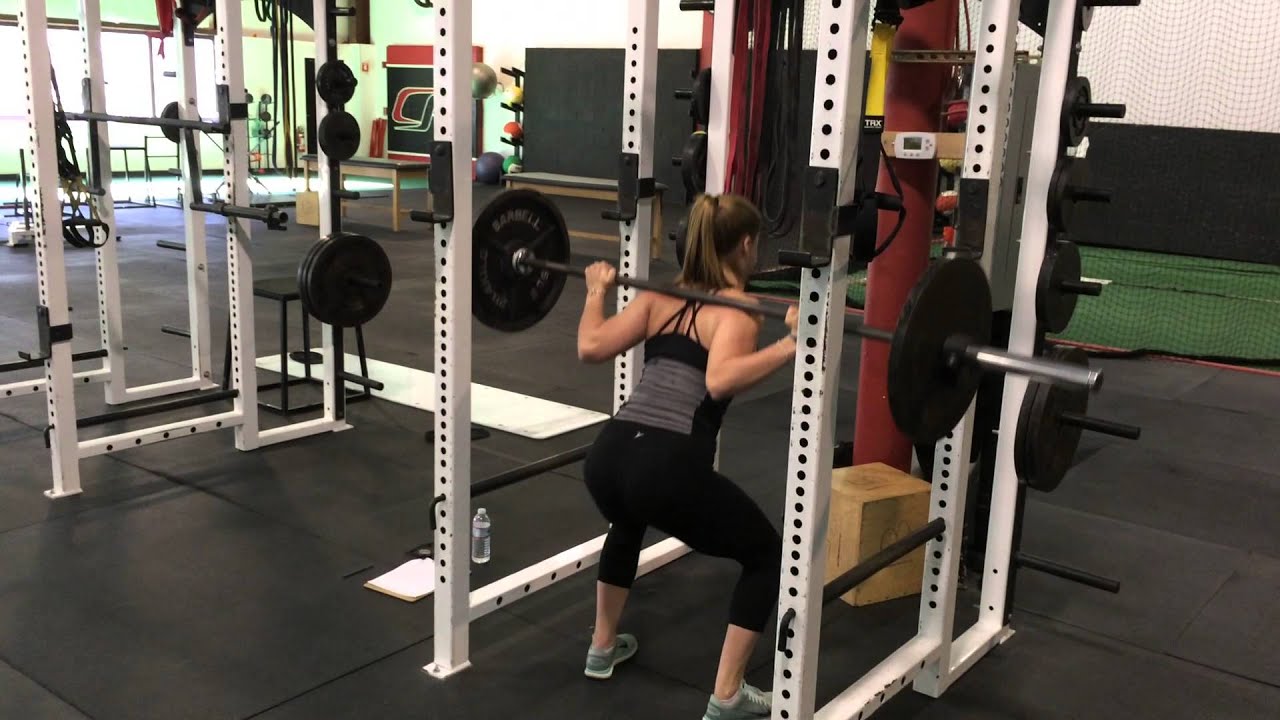 “Submaximal effort training is simply work done with heavy loads that don’t require maximal effort. The weights exist in the range between seventy-five and ninety percent of one rep maximum and each set finishes with a few reps left in the tank.”

There’s been a shift in recent years of people always training to failure and always utilizing maximal loads, because, you know, #peoplearefuckingstupid.

While I can appreciate one’s desire to want to train hard and at maximal effort, for many, most of time, it’s a less than optimal approach to take (long-term).

For starters, maximal training beats up the body. Now, before some snooty internet warrior chimes in with something like “but Tony, isn’t that the point of lifting weights? To challenge the body and force it to adapt?” let me explain.

Yes, I’d agree with that comment. Most people could benefit from training a little more savagely. Often, when someone says he or she isn’t getting results there’s a convenient correlation to how “hard” they’re working in the gym.

However, if you’re someone who’s routinely training at “max-effort” and/or training to failure and missing reps all the time I’d garner a guess you’re routinely compromising your ability to recover.

Utilizing loads in the 75-90% range tends to be spot-on for the bulk of trainees. It serves as an obvious option for adding volume, which is an important component to adding muscle.

NOTE: All this is not to insinuate maximal-effort training should be avoided at all costs. Don’t be cray-cray. If that’s how you’re interpreting things please take your face and throw it against a wall.

Training with sub-maximal loads isn’t only great for adding mass, but it’s also a great way to get strong.

Think of it this way: If you make your 3 rep-max your 5-rep max, it’ll also likely result in your 1-rep max seeing a boost too.

Two months ago I started working with a female client, a coach herself, who walked in on day one with a 300 lb (straight bar) deadlift.

She was already very strong.

She wanted to work with me to help “audit” her deadlift and to help prep for her first barbell competition – not a powerlifting meet.

Some Brief Context: she’s actually a co-owner of a gym here in Boston that specializes in kettlebell training and is StrongFirst certified herself. The name alludes me at the moment (sleep deprivation sucks), but she and a few of her colleagues/co-workers are competing in a StrongFirst “event” that includes some barbell lifts, with the deadlift as the main course.1

Like I said, she walked in on day one with an already impressive pull of 300 lbs. Nevertheless, I was up for the challenge and wanted to see how much progress we could make in two months.

For eight weeks, we never pulled anything heavier than 250 lbs. In fact, I had her perform all sets based off 90% of her 1-rep max.2

This allowed us to utilize a bit more volume (she deadlifted 2x per week: one “heavy” day and one “light” day), albeit under the premise technique was going be at a premium (honing in on attaining a lifter’s wedge) while also ensuring reps stayed snappy.

For deadlifting success (and for a spine that won’t hate you) this is mucho important. Top video = zero lifter’s wedge. You’ll notice when I initiate the pull my armpits are way in front of the bar and subsequently shear loading on spine is significantly higher. Bottom Video = what the lifter’s wedge should look like (a term popularized by @backfitpro). I use the barbell as a counterbalance to pull my chest up (upper back extends) in addition to getting my weight back and armpits above the bar. Likewise I push my feet into the ground to generate more stability and force. Resultantly my back is placed into a much more biomechanically sound position (less shear) and I’m pretty sure this guarantees I’ll be nominated for People Magazine’s Sexiest Man Alive. Pffffft, who needs pecs that can cut diamonds and an 8-figure bank account. Overrated if you ask me. NOTE: load used in both videos was 390 lbs. You should notice a much smoother & faster bar path with the latter video.

This past Monday marked the “ten days out” point from her competition and I wanted to test the waters.

Jessica ended up hitting a pretty damn clean 330 lbs (with more in the tank). We’re hoping she’ll match that number (if not add another 15-20 lbs) when it’s go time.

Remember: she hadn’t touched anything heavier than 250 lbs for eight weeks.

I know some of you reading will clamor for the meat and potatoes of her programming. That’s NOT the point of this post.3

The point is that you don’t have to shit a spleen and hoist max effort loads every time you walk into the gym. More often than not you should focus on quality reps (but strain sometimes), end each session kinda-sorta refreshed, and wanting more.

Sub-maximal training is a thing.

If you train people for a living, read this. Don’t Guarantee Results It’s seems counterintuitive, maybe even borderline asinine, not to guarantee your clients results, right? I mean, what the hell are they hiring you for? HINT: It’s not to trade baseball cards or tickle fights. I had a new client start with me recently… END_OF_DOCUMENT_TOKEN_TO_BE_REPLACED

There was time in my blogging career where I’d be more apt to dedicate writing energy toward topics like “Top 5 Carrie Bradshaw Breakups” than anything related to business, let alone taxes. However, a major mishap I made back in 2007 when I transitioned to being self-employed made me change my tune quickly.  Let’s just… END_OF_DOCUMENT_TOKEN_TO_BE_REPLACED