A Thoughtful and Reflective Discussion On Postpartum Training

Four days later my wife, Lisa, walked into a gym. The workout was nothing crazy. There were no burpees, no deadlifts, no squats; hell I don’t even think there was a barbell involved.

If anything the experience served as more of an rendezvous back to normalcy for us. Our world had just been knocked the fuck upside down during the previous 96 hours, and after the shellacking we had been taking, a lifetime in Azkaban would have seemed a better alternative.

So yeah, heading to the gym, even for 20 minutes, was exactly what we (she) needed. It was an oasis for us. Lisa’s first postpartum workout, if you want to call it a workout, wasn’t anything to write home about. I think I had her do some deadbugs, side planks, a few Pallof Presses, bodyweight step-ups, and, yeah, okay, there was a barbell involved…

…she did some light bicep curls.

To her credit Lisa trained all throughout her pregnancy. While not near the same intensity she was accustomed to, she deadlifted, swung kettlebells, performed hip thrusts, and even used natural progressive overload (her growing tummy) to crank out her chin-ups.

At the same time, she remained cognizant it was imperative she listen to her body. If at any point something felt off or “wonky” she stopped and we made the appropriate adjustments.

I wholeheartedly believe that it was her dedication and diligence to strength train throughout her pregnancy that resulted in a smooth and seamless birth and a healthy baby boy to boot.1

NOTE: For a more detailed article expounding my approach and thought processes on the topic of women and strength training through pregnancy go HERE.

Fast forward several weeks and I posted this video on my Instagram page of Lisa hitting a bench press personal record:

Here’s my wife, @lilew13, hitting a new bench press PR of 160 lbs today…7 weeks post giving birth. To her credit she continued to train all throughout her pregnancy which helped a ton. She never trained at max effort and ALWAYS listened to her body if something felt off. However it’s because of her dedication to staying consistent with her strength training throughout that she has been able to bounce back so quickly; kicking ass and taking names.

During her maternity leave we took advantage of having more time to workout together, and I was proud of her for staying proactive during this time.

She listened to her doctor, she listened to her body, and she was able to regain (some) of her pre-baby strength levels rather quickly (in no small part because she stayed consistent with it during her pregnancy). I say “some” because we made it a point of not pushing the envelope with other movements such as deadlifts and squats.

Nevertheless there was a woman who chimed in in the comments section with a few concerned, if not bordering on scathing, remarks.

“It takes a lot longer than 2-3 weeks to retrain the postnatal core! And wouldn’t she still be bleeding at this stage? That’s an open wound that needs time to heal/ and she needs lots of rest to repair her DRA and PFM tissues, especially if there’s additional birth trauma. I would get her to see a women’s health physio or pelvic PT first, if you care about her recovery. What postnatal courses have you done?”

It was all I could not to go into an all-out “Lemonade’esque” rage.

“I DON’T CARE ABOUT HER RECOVERY?” – grabs baseball bat. “I NEVER SAID ANYTHING ABOUT 2-3 WEEKS!” – smashes windshield.

But I didn’t do that.

In the woman’s defense what she (probably) read and saw was some meathead bragging about his wife hitting a heavy bench press a few weeks postpartum. How could she have known that in the weeks leading up to that Lisa had also been performing a plethora of diaphragmatic/positional breathing drills, deadbugs, birddogs, carries, hip stability drills, and many other exercises that don’t equate to near the engagement on social media as a bench press?

I kindly reiterated that Lisa was cleared by her doctor, that she had been taking things slow up until that point, had been using appropriate progressions, and that she had a pretty smart strength coach (and the world’s #23rd ranked tickle fighter) in her corner.

The same woman also went on to make this remark:

“There’s nothing badass about being a victim to the social pressure to get your body back, it’s stupid really.”

Given no one ever came close to mentioning anything about social pressure or being a victim, at the time, I didn’t have much of a response. She was likely projecting based of experiences in her past, and I chose to ignore it.2

I mean, my wife’s been lifting weights since she was 13 years old, it’s part of her DNA. What’s more, we were engaged in an activity we enjoyed doing together (working out), and she really loves benching, why should I have to defend that?

But upon further reflection I can see where this woman was/is coming from.

Don’t get me wrong: I still feel there was an exorbitant and egregious amount of assuming on this woman’s end. Like, who in the flying fucks of fucks is she to assume we didn’t take all the precautions in the world? But, deep breaths Tony, I can see how my initial post may have come across as giving off a braggadocious vibe by some (and I can’t stress the word some enough).

Moreover, I can see how the message could have been misconstrued.

As oxymoronic as it sounds, and this is likely why this particular woman called me out, women that exercise through their pregnancy are often at MORE risk for postpartum issues. Many feel pressure to head to the gym as soon as possible after giving birth because they actually feel “okay.”3

However, this mentality can often lead to some dire circumstances because their body is still healing. Yeah, you may want to perform kipping pull-ups paired with handstand walks through a grenade field for AMRAP, but that doesn’t mean you should. You CAN still exercise, but it’s important, nay, crucial, to respect the notion that your body needs time to “catch up.”

I guess maybe I should have said that from the get go.

In all honesty, though, it was something the woman said in her first comment to me that really struck a chord:

“What postnatal courses have you done?

Now, I’m not an idiot. I understand, to the best of my Y chromosome having abilities, the intricacies that coincide with helping a woman train through her pregnancy, as well as how delicate matters are in the months postpartum.

The first few months are all about rebuilding the base (specifically to address the pelvic floor and diaphragm, to get the “core” working, and to progress from there).

After that, a person’s capabilities and foundation matter more than the time frame it takes to get them deadlifting appreciable weight again.

As far as the BIG no-no’s to avoid immediately postpartum:

I’m also aware that the postpartum “phase” doesn’t just refer to weeks or even months. Women can present with postpartum issues years after the fact, and it’s imperative to respect that and know how to assess and program accordingly.

But, to go back to the woman’s comment (what postnatal course have you taken?) that was a massive mea culpa.

I had taken none.

She got me there.

To that end, I felt it was my responsibility to remedy the situation. 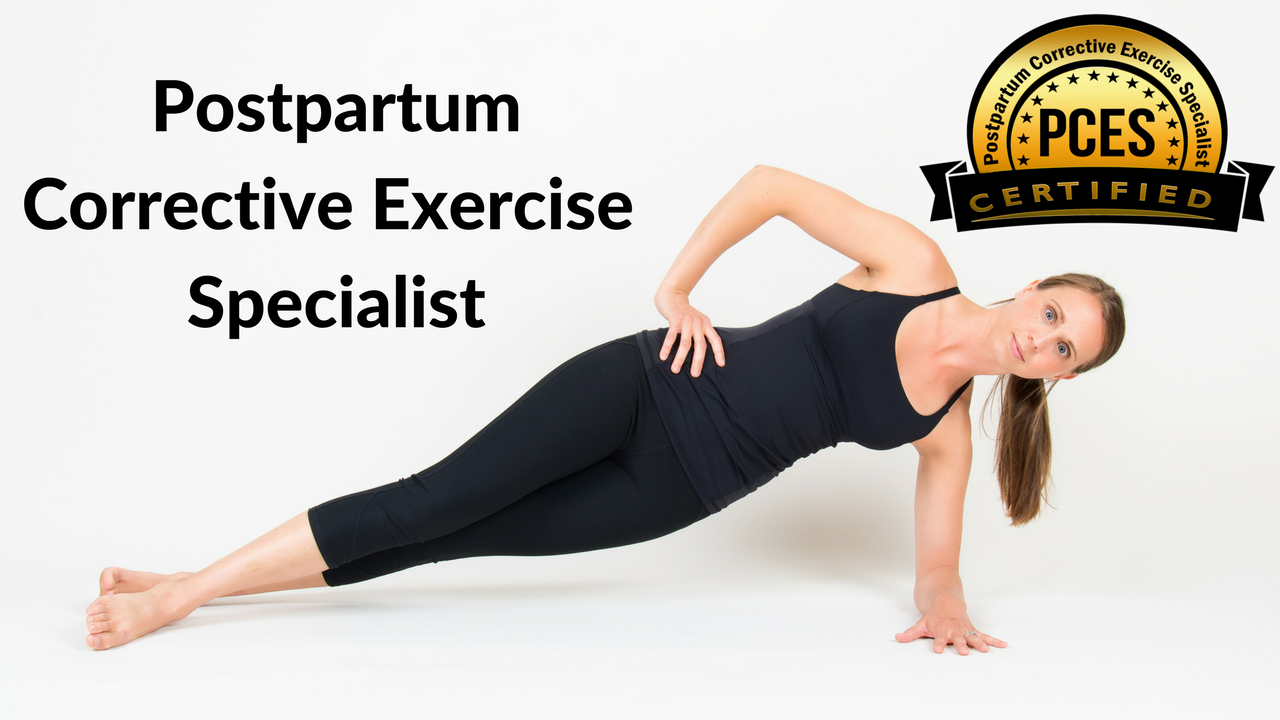 I’m making my way through Dr. Sarah Duvall’s course and am all the better for it. If you’re a fitness professional you owe it to yourself to consider this resource and invest in yourself.

Every pregnancy is different.

Every woman who is postpartum is different.

There are a LOT of women out there and you WILL need to know this information and know how to apply it.

This course will teach and show you the appropriate assessments/screens to use as well as the corrective strategies to implement to address everything from pelvic floor dysfunction to incontinence to rectus diastasis. In addition, and this is what I dig the most about Sarah’s approach, is that strength training can and should be a part of the process.

Readers of this blog and newsletter can use the special coupon code TONYG for an additional $50 off at checkout.

THE WEEKLY BRIEF UPDATE 1. You can now purchase CORE @ Home for whatever it is you want to pay. During quarantine I started a platform where I’d deliver 20-40 minute workouts that could be performed in everyone’s living room using minimal equipment. In all I curated 36 workouts using nothing but bodyweight, bands, and kettlebells and/or… END_OF_DOCUMENT_TOKEN_TO_BE_REPLACED

When To Consider Using a Sumo Style Deadlift To me, the conventional deadlift (feet closer together, hands outside knees) is the most advanced variation of the deadlift and likely not the best starting point for most lifters. Yet, purists out there would prefer passing a kidney stone through their eyeballs than ever consider reverting to… END_OF_DOCUMENT_TOKEN_TO_BE_REPLACED