In lieu of recent world events it’s been a challenge not to be a bit more introspective and to not get lost in a deeper train of thought.

Regardless of what side of the fence you reside on – relax I’m not here to judge1 – it’s hard not to be cognizant of and be disappointed by the cacophony of toxic rhetoric and word vomit being spewed in every direction possible. I couldn’t help but notice some of the same parallels within health/fitness circles.

Admittedly, the vibe isn’t quite as dark and Apocalyptic in nature as the political/world scene, but people nevertheless have biases, like what they like, think what they think, and despite reason, science, or common-sense, cannot be swayed to see the bigger picture.

Or better yet…see the “middle ground.”

Alas, don’t be taken aback by the title of this post.

It’s a word that looks and sounds scarier than it actually is. I mean, it looks like something someone screams as part of a finishing move in Mortal Kombat.

I promise it isn’t scary at all. The words that follow aren’t going to take themselves too seriously.

In his book The God Delusion, Richard Dawkins dedicates an entire chapter around the concept of morality. At the expense of walking on thin ice as it is – bringing up both politics and religion are generally two things I avoid (along with Coldplay) – all I’ll say here is that Dawkins notes how almost all societies and cultures have always had a knack for evolving.

No coincidence given his background as a Darwinian Biologist.

“In any society there exists a somewhat mysterious consensus, which changes over the decades, and for which it is not pretentious to use the German loan-word Zeitgeist.”

Zeitgeist = spirit of the times, or the dominant set of ideals and beliefs that motivate the actions of the members of a society in a particular period in time.

To drive the point home – and I promise I’ll be done with the serious talk – Dawkins notes how slavery, which was taken for granted throughout most of history, was abolished in civilized countries in the 19th century. Moreover, Women’s Suffrage, didn’t exist for a long time.

Today, in most societies, both events – rightfully so – would be considered egregiously absurd.

The point is: Societies change and evolve over time.

Although I’m still perplexed as to how skinny jeans have managed to last this long. It boggles my mind.

The health/fitness world mirrors this Zeitgeist phenomenon. Back in the early 20th century, when guys like Eugene Sandow were overhead pressing anything they could get their hands on – dumbbells, rocks, oxen (<— only a slight exaggeration) – they were considered odd and social misfits. Society as a whole deemed “lifting weights for pleasure or aesthetics” as something uncouth or what weirdos did.

Fast forward to the 1960-80s, often considered the golden age of bodybuilding, pretty much every adolescent kid had a poster of Arnold Schwartzenegger, Frank Zane, or Serge Nubret on their walls. 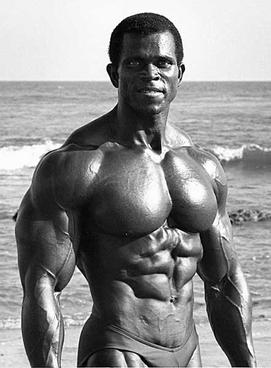 Using another example, prior to the 1970s the only reason to do any running was if you were 1) clinically insane or 2) happened to be being chased by a lion down Fifth Ave.

I suspect this was a common conversation:

“Going for a jog” didn’t exist.

Enter Jim Fixx’s best-selling book The Complete Book of Running (1977) espousing the many benefits of jogging for overall heart health, and the craze was born. Now millions of people use it as their main mode of exercise all around the world and entire events and social gatherings are organized around it. Which begs the question: what other components of health/fitness have followed the same path? What has changed in the industry over the course of a few decades or years?

It started as a “fad” where people did stupid stuff in the name of hard-core workouts, shitting a spleen, and/or internet bragging rights.

First off: CrossFit can no-longer be considered a fad.

It, too, has evolved into a fitness powerhouse and bonafide spectacle of cultural achievement. It’s less popular today than it was in 2010, but it’s still relevant in today’s fitness culture. No one event in the past decade has gotten more people excited to exercise – specifically to pick up a barbell – than CrossFit.

For that I’d be remiss not to give it my nod of gratitude. If nothing else, CrossFit has served as an unparalleled vessel (or impetus) for people to train, and to train hard. Are there still things about I don’t agree with? Of course. Are there still morons who open up a box who have no business doing so and end up hurting people? Absolutely. But those are few and far between, and CF is no where near the ocular train wreck it was once synonymous with.

I mean, to give credit where it’s due, CrossFit is so engrained into our culture now that there are people who think it invented lifting weights.

The time(s) of bashing CrossFit entirely are over. Some of it is warranted. However, it’s time we give it the respect it has rightfully earned.

To that end: can we please stop assuming that if a woman picks up a barbell or lifts anything heavier than a bag of groceries that she’s automatically “training for something specific.”

My wife is often approached in the gym by both men and women who see her getting after it, and while they certainly don’t mean any disrespect in asking, will inevitably say something to tune of, “Wow, that’s impressive, what are you training for? A competition? A show? Are you a secret assassin?”

Yes, it’s a bit facetious…but if we really wanted to respect the Zeitgeist mentality we’d respect the notion that women, much like men, view lifting weights in much the same way. As nothing more than something that’s simply done after work at 5 PM sharp.

It doesn’t have to be a thing.

I fell prey to the concept of the anabolic window in the early 2000s. The idea was that if you worked out and didn’t get some nutrients in your body2 within 30-60 minutes after, NONE OF IT COUNTED.

Alas, the whole notion of the anabolic window, while a nice thought, is a bit of an over-exaggeration. We’ve come to understand that total calories over a 24-hour period matter more than some arbitrary caloric number ingested within a specific time-frame.

4) Cardio Will Not Steal Your Gainz

There’s been a bit of a renaissance on this front in recent years. There was a period of time where any thought of doing “cardio” would immediately zap your strength and make you look like Skeletor.

Although that doesn’t make sense, because, Skeletor is fucking jacked. 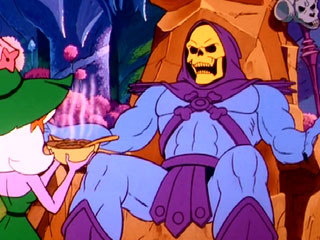 Regardless, for many years, mostly in the 90s into the early 2000s, the idea was cardio – any cardi0 – would zap your gainz.

It was, of course, a foolhardy way of thinking.

The body is a pretty resilient piece of machinery and if all it took was a 5k to lose all your muscle, we would have been wiped out eons ago.

Coaches like Alex Viada have played a huge role in the recent surge in popularity of “hybrid training,” or training for both strength and endurance simultaneously. The key to this approach is about working hard, but being lazy. And it’s hard to discount the troves of research espousing the million and one benefits of cardiovascular health, not to mention the (positive) physiological adaptations that occur within the body (improved substrate utilization, better ability to buffer acid buildup from lactate metabolism) and the heart itself (stretching of the walls themselves eccentrically, more or less making a bigger pump and improving stroke volume) which makes it all worthwhile.

The fact of the matter is: improved cardiovascular health (when programmed accordingly and not to excess) will not only improve work capacity, but also improve performance in the weight room.

I.e., you won’t putter out after two sets.

Evolving amidst new information or experiences.

This is the mindset of a true zeitgeist.

Hello, hello! I know. It’s not lost on me that I’ve been an abject failure on the “writing new content” side of things. If it’s any consolation I’ve also been lackluster on a few fronts: Calling my mom. Avoiding pizza. Not (not) being jacked. Hugs. My free time has been monopolized by what can only… END_OF_DOCUMENT_TOKEN_TO_BE_REPLACED

My good friend and colleague, Gavin McHale, is back with another excellent guest post today. He’s been on a tear of late writing some stellar content for this site. We’re all our own worst enemy, and for many, stepping outside our comfort zones and taking risks (calculated or not) in an attempt to grow our… END_OF_DOCUMENT_TOKEN_TO_BE_REPLACED