Cressey Performance has a brand spankin new website that went live a few days ago HERE. If you have a few minutes to spare, I’d love to hear any feedback you have.

2.  Holy moley: My head is still reeling from the Elite Training Workshop we hosted this past weekend at Cressey Performance.  The lineup was pretty baller and could probably rival the 1927 Yankees.

You had Eric Cressey leading things off discussing the importance of anterior core training and how it’s crucial to assess and address many pathologies ranging from sports hernias to femoral acetabular impingement proximally (core) to distally.  We’re all quick to set out fires were we see the actual symptoms, but more often than not the source is elsewhere.

Looking at the core, and more specifically pelvic alignment, can have far reaching dividends as far as keeping people healthy.

Mike Robertson followed with a fantastic presentation on how to go about working with the general fitness population and helping them to not only train more athletically, but feel more athletic to boot.

One valuable piece of advice he gave was how we use basic terminology with our clients.  If you have someone who’s only goal is to shed some fat and to maybe not embarrass themselves in their recreational basketball league, do you think they really care or take any credence in “soft tissue modality” or “self myofascial release” or whatever other Feng Shui term you want to use here?

Most likely they’ll look at their program, look at you as if you had a Shakeweight in your back pocket, and probably have everything go in one ear and out there other.

Instead, Mike and his team over at I-FAST came up with their R7 System which breaks down one’s training session in a more easily chewable fashion.

Up next was the band-man himself, Dave Schmitz, who basically gave everyone a direct shot of adrenaline into their left ventricle and introduced the crowd of 170+ to the benefits of band training.  In particular he discussed the benefits of including more horizontal vector training.

I’m not exaggerating when I say Dave is a ball of energy.  He’s an awesome coach and one of the more passionate people I’ve ever come across.

I had the task of speaking right after lunch which meant it was my job to keep everyone awake after crushing food for an hour.

The title of my presentation was Training Effect: Trust Me – Your Clients Aren’t Delicate Flowers, and the premise was simple:  demonstrate to everyone that as coaches and personal trainers, you can ALWAYS find a way to train around an injury.

Specifically I spoke to shoulder impingement, how that’s a really poo-poo term and doesn’t really tell you anything, and

also delved into the subtle (yet very important) differences that arise when you work with the general fitness population (computer guy) who sit in flexion all day as opposed to the overhead athlete population who live in more extension.

I also included a Han Solo, Jason Bourne, and Professor Dumbledore references, so there’s that too.

Mike Reinold followed me, and he spoke to the intricate relationship between core function and hip kinematics (as well as other nerdtastic stuff like unstable surface training and how there is some (key word: some) efficacy of its use in the healthy population). In addition he also discussed the importance of regressions, and how, sometimes, those can be the most beneficial thing you can do for an athlete/client.

Closing things off were Steve Long and Jared Woolever the co-creators of Smart Group Training, and they demonstrated how to integrate the FMS into a group training format which I thought was pretty impressive and then they took those who participated through the gauntlet.  Which was even cooler.

All in all I think it’s safe to assume that it was an awesome event for all, and people learned a lot. I know I did! Also, I wanted to thank all those who personally introduced themselves to me and had such nice things to say. It’s always humbling on my end when that happens, and it’s always cool to put a face to the name.

Thanks again to all those who attended!

And for those who didn’t – be sure to keep your eyes peeled for future Elite Training Workshops in your area!

We are all still saddened here in Boston.  It seems everyone has a connection to someone who was either impacted or part of the relief team.  For those of you around the country and world that would like to help, Massachusetts Governor Deval Patrick and Boston Mayor Tom Menino have announced the formation of The One Fund Boston to help the people most affected by the tragic events that occurred in Boston on April 15, 2013. 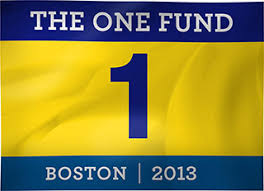 I’ll personally be donating through the New Patriots Charitable Foundation, but in addition, I want to persuade you to donate as well.

Eric Cressey and I have decided to offer both Optimal Shoulder Performance and Functional Stability Training for the Core for 33% off today only, with all proceeds going to the One Boston Fund.  This is the lowest price we have ever offered either program.

For more information go to either FunctionalStability.com or ShoulderPerformance.com.  Be sure to enter coupon BOSTONSTRONG during the checkout process to get 33% off.  We will donate all proceeds from today’s purchases.

Being human means being enamored by a litany of things in the health/wellness/physical preparation realm. Some people are easily swooned by fancy watches and elaborate looking exercises Others by cryochambers and Paleo recipes that taste like sawdust. I am not here to play judgement police. For the most part, everything has a time and place… END_OF_DOCUMENT_TOKEN_TO_BE_REPLACED

Back tweaks are an inevitability. They happen to people who lifts weights regularly, and those who just look at weights. They happen when doing something as inane as bending over to tie your shoes, as well as when you’re doing some less inane, like, fighting crime at night. They happen on a Wednesday. There’s no… END_OF_DOCUMENT_TOKEN_TO_BE_REPLACED