Stuff to Read While You’re Pretending to Work: Get-Ups, Conditioning, and Becoming the Expert

WIth Lisa starting the process of studying for her licensure exam on a nightly basis (she’s currently on the home stretch of her post-doctorate Fellowship), it’s given me the opportunity to catch up on some much needed reading.

Of course, like an asstard I made the mistake of starting season three of The Walking Dead the other day which has totally derailed any semblance of productivity during the past 72 hours of my life. While I’ve gotten some reading in (see below), most of my time has been spent doing nothing but watching zombies getting beheaded, blown up, shot, and otherwise pwned in every way possible.

And it’s been glorious.

I’m trying to place a finger on why it is we as a society are so obsessed with zombies. Much like the teenage vampire phase that’s dominated our pop-culture the past five years (Twilight, The Vampire Diaries, Let Me In*), it seems like zombies are enjoying a fair share of the spotlight as well.

Although the “trend” has been around for a lot longer than people think.  Anyone who hasn’t watched Zack Snyder’s Dawn of the Dead or Danny Boyle’s 28 Days Later (and the equally impressive, albeit lesser known sequel, 28 Weeks Later starring a pre-Hurt Locker Jeremy Renner) are missing out.

Not to mention we could go waaaaaay back to George Romero’s 1968 classic, Night of the Living Dead, which in many respects was the influence behind Michael Jackson’s seminal 1980’s zombie-fest video Thriller.  Talk about a pop-culture phenomena!

And that’s not it, either.  Right around the corner is Brad Pitt’s long awaited movie, World War Z:

Annnnnnnd, I just destroyed the back of my pants.

That’s going to be awesome!!!!

Whatever it is, I hope the current zombie love-fest doesn’t stop because I’m digging it.

Anyways, you didn’t log on today to talk about zombies.  But if you did, you and I need to hang out more often.  Here’s some stuff to read.

I’ve been featuring a lot od Dave’s stuff in recent editions of Stuff to Read, and with good reason: the man just makes sense! Like him I won’t sit here and say that the Turkish Get-Up is the end-all/be-all of exercises; it’s not going to make you bulletproof, it (probably) won’t add 100 lbs to your deadlift, and it certainly won’t fix your bed-head (would it hurt to grab a comb by the way, sheesh!).  But there are a bevy of good things that arise from incorporating more get-ups into your life.

The fitness industry is funny – it’s always shifting from one extreme to the other.

1.  One day spinal flexion is okay, the next everyone is shitting a pink dumbbell if someone even mutters the word. For the record:  I used to be one of those people who poo-pood on flexion no matter what, but soon realized that it’s a bit sensationalistic to demonize it entirely.  I mean, it’s part of normal human movement to be able to bend your spine. LOADED flexion is another story entirely.  That’s just dumb.  Stop it.  Stop it right now!  I swear to god I’ll turn this car around!

2. More to the point, back in the 1980’s aerobic training was the flavor of choice.  Everyone was quick to grab their leotard, leggings, and head bands and high-tail it to the next step class faster than Olivia Newtown John could say Lets Get Physical.

Then, somewhere in the mid-90’s, you were given the Scarlet Letter if you were caught running for more than 20 seconds because HIIT (High Intensity Interval Training) was the new popular kid in town.  For fat-loss and conditioning, doing more short bursts of work was the key.

While not technically wrong – and definitely a step in the right direction – again, it’s a bit overkill.  It IS still important, even for more explosive based sports like football, track and field, baseball, etc – to have an aerobic base.

In Part One of this article, Molly sheds light on why we shouldn’t turn our backs on aerobic training altogether

There’s only another few days (till the end of this week, 4/14) to take advantage of the reduced sale price and world wide FREE shipping offer on this superb DVD set.

In a time where becoming a “successful” fitness professional is equal parts knowing your shit and more importantly, being really good at what you do, having an internet presence and possessing the ability to articulate yourself through the written word is climbing the ladder of importance as well.

If you’re a personal trainer or coach and struggling to drum up business or just clueless when it comes to this whole interwebz thing, then this DVD set may be right up your alley. 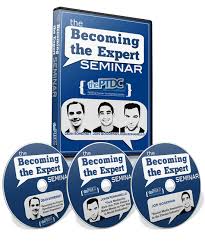 And did I mentioned there’s free shipping throughout the world?

Being human means being enamored by a litany of things in the health/wellness/physical preparation realm. Some people are easily swooned by fancy watches and elaborate looking exercises Others by cryochambers and Paleo recipes that taste like sawdust. I am not here to play judgement police. For the most part, everything has a time and place… END_OF_DOCUMENT_TOKEN_TO_BE_REPLACED

Back tweaks are an inevitability. They happen to people who lifts weights regularly, and those who just look at weights. They happen when doing something as inane as bending over to tie your shoes, as well as when you’re doing some less inane, like, fighting crime at night. They happen on a Wednesday. There’s no… END_OF_DOCUMENT_TOKEN_TO_BE_REPLACED