Creatine has been around for well over 20+ years and is undoubtedly one of the most researched (and popular) sports and performance supplements in human history.  Still, there’s a lot of preconceived notions and misinformation regarding creatine and its efficacy.

And while there’s certainly no shortage of blog posts, articles, and even books written on the topic, this post written by Eric Bach of Bach Performance won’t make your head hurt with long words and overly “sciency” stuff.

In every essence of the phrase, he gets right down to the nitty gritty and tells it like it is.

Creatine. We’ve all heard about it, but what’s the real deal? 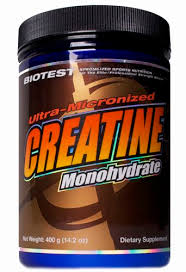 I get tons of questions regarding the safety and effectiveness of creatine.

Does it make me look better naked?

Will it turn me into a deadlifting Megatron?

Is it dangerous?  Are there any side-effects?

With all the products and information it’s no wonder there are questions.  I’m going to dig in and tell you what creatine is, how to use it, and what to expect.

Creatine is a natural amino acid most commonly found in red meat, but is also produced in small amounts by the liver, kidneys, and pancreas. In the body, creatine becomes a fuel source for short duration high-intensity activities such as weight training, sprinting, and jumping where phosphocreatine is converted to ATP.

The amount of creatine consumed through the diet and produced naturally in the body are low; supplementation increases available levels.

*Warning, this gets a bit heavy.  But I promise it will be fairly painless.

The energy needs of brief and powerful movements lasting less than 10 seconds, such as a short sprint or a maximum lift, are met by the phosphagen system. This system replenishes the stores of adenosine triphosphate, or ATP, which provides energy to working cells  (Andrews).

Muscles have a small amount of ATP in the cell, but only a little bit — enough for a few seconds. ATP is broken down by removing a phosphate, which turns it into adenosine diphosphate. To generate more ATP, the muscles need to replace the third missing phosphate. AH-HA!

This is where creatine saves the day. Creatine donates a phosphate for ADP to become ATP again, providing fuel to finish the sprint without a drop in performance.

Supplementing with creatine creates larger stores of creatine, allowing for more ATP for short-duration exercise performance.  Endurance athletes have also experimented with the use of creatine, but for the most part creatine is not useful in endurance sports.

Do You Even Lift, Bro?

A sweet side effect of creatine supplementation is weight gain. Some don’t gain any weight, and some gain 5-10 pounds, it’s highly individualized.

Here’s the deal: Creatine is osmotic, meaning it pulls water into the cells. When supplementing with creatine it’s best to drink boat-loads (this is an actual measurement, trust me bro) of water to properly hydrate the body.

When this happens your muscles pull additional water into the muscle, increasing cell volume. The additional hydration increases the speed of protein synthesis within the muscle, boosting muscle growth and recovery.

Contrary to the beliefs of its pundit’s, creatine is safe. Creatine has gone through extensive research and testing without significant findings that it’s harmful.

The biggest issues related to creatine relate to dehydration, which can lead to soft-tissue injuries such as a strain, and hypothesized kidney dysfunction at extremely high levels.

Recently, increased research and testing of creatine have analyzed the effectiveness of creatine on health related outcomes. Preliminary evidence has suggested supplementation can be beneficial in the treatment of a broad range of diseases, neurodegenerative disorders, cancer, rheumatic diseases, and type 2 diabetes. 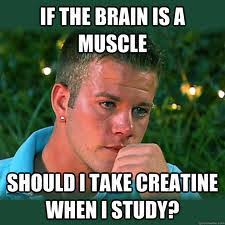 How to Use It

The body can store only a limited amount of creatine. I don’t recommend a loading phase for my clients; rather, taking 5-10 grams per day.

On workout days dose it pre and post-workout with your beverage of choice. Taking creatine with a protein or carbohydrate beverage can increase absorption, as the increased insulin response will pull more creatine into the muscle tissue. A recovery drink works better than beer, trust me.

On non-workout days creatine works well in the morning with a drink such as green tea. Using a warm drink helps dissolve creatine better, so the bottom of your beverage doesn’t taste like a sandbox.

Other Types of Creatine

There has been an influx of new creatine products hitting the market over the past few years. Despite the fancy marketing and price tag they aren’t better than good ole’ creatine monohydrate. In this study, creatine ethyl ester was found to not be as effective as creatine monohydrate at increasing serum and muscle creatine levels OR in improving body composition, muscle mass, strength, and power.

Sounds busted to me.

Creatine is a great supplement that increases high-intensity exercise performance and boosts muscle mass. Stick with creatine monohydrate, as it’s the most tested and proven form. 5-10 grams per day should work great, especially if taken post-workout with your recovery meal or in a warm beverage on non-workout days.

To maximize creatines’ effectiveness and alleviate any safety concerns hydrate your body. Fair warning: This will not be an all-encompassing post on how to train the shoulders or how to program around nagging shoulder injuries. Frankly, I don’t think anyone wants to read a Dostoyevsky length diatribe on shoulder impingement or how improving scapular upward rotation leaves me sexually aroused. Yep, I’m weird. Instead I want to give… END_OF_DOCUMENT_TOKEN_TO_BE_REPLACED