The Start of “Us”

I’m not a fan of talking about myself. I realize this comes across as a tad ironic given you’re reading TonyGentilcore.com (that’s me!!), and to some degree or another I discuss or divulge a medley of personal life happenings or events that transpire on a monthly, weekly, or even daily basis.

So, in a way, I talk about myself all the damn time!

That said, I don’t like to get too too personal on this blog. Talking about my training, movies, books, or my cat is one thing. But some things are better left unsaid.

I generally steer clear – like, with a 50 foot pole (and then some) – of topics like politics and religion. Likewise, no one really cares about mundane things like my favorite color, how many hours of sleep I get every night or how “regular” I am.

Like I said, some things are better left unsaid.

However, part of the reason I feel many people enjoy reading my stuff (particularly this blog) is that I don’t come across as some Terminator freak show that eats, sleeps, and breaths strength and conditioning. 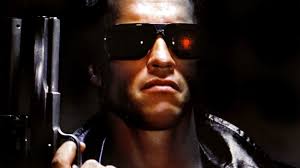 I love helping and educating people and I take pride that people all over the world read my articles and consider me a reputable, straight-shooting fitness authority. I’m always appreciative and humbled when people go out of their way to say “thank you” for all the content and material I put out.

Too, I also take pride in the brand of INFOtainment which I’m known for. I’ve alluded to the story in the past, but one of the best pieces of advice I ever received when I first started writing was from T-Nation Editor-in-Chief, TC Luoma, who told me right out of the gate, “people want to learn, but they also want to be entertained.”

I took his advice to heart and ran with it.  Hence all the boobie and fart jokes throughout the years. Admittedly, with age, those have waned.  Somewhat.

I still have to toss out a curve-ball every so often.

Nevertheless, I’ve long championed the idea that, as much as I want to be recognized as a source of quality fitness information, I also don’t want to bore people to death.  I mean, you can only go so far discussing the attributes (and pitfalls) of the FMS or programming considerations for femoral acetabular impingement before someone would rather watch paint dry. Or worse, listen to Coldplay.

Ergo (<—–yep, I just used that word) the sprinkling of pop culture references and personal antidotes throughout the blog.

As it happens, today is all about me, and one of those days where I’m going to break my “not getting too too personal” rule.

Lisa and I Are Engaged!!!

I proposed to the love of my life (and yes, my best friend) this past weekend. 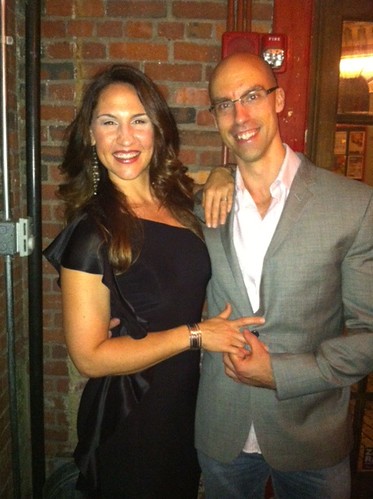 Picture from the night of our engagement right after dinner at our favorite restaurant, The Beehive. Photo Credit: to Lisa (for being a stone cold fox), and to me (for wearing a pick shirt and blazer, like a boss).

Lisa and I met back in 2009, on Match.com. We “met” for the first time on a Thursday. We exchanged numerous, long-winded emails which then progressed to numerous, long-winded phone calls. After ascertaining that neither of us was an ax-murderer, we then “met for real” that same weekend at a popular local hangout in Boston.

Fun Fact:  I remember a few times we talked so long that her phone battery died, twice!

I also remember walking into the restaurant and seeing her in person for the first time and thinking to myself “whoa, Tony, don’t eff this up! Do I have something on my teeth? Shit, does my breath stink? Her she comes. OMG OMG OMG.”

Our first date lasted four hours. We sat at the table eating and talking until we got the polite “ahem, you need to go so that we can turn around this table” look from the wait staff. Afterwards we ended up walking around what would eventually – two years later – become our future neighborhood together. Coolidge Corner.

How cool is that!?! Talk about foreshadowing!

Our first date led to a second date (I took her to go see Food, Inc., cause I’m romantic like that) which led to a third date (and a first kiss), which led to five years together.

Here’s a picture from when we first started dating and we went to Star Wars in Concert. I showed up to pick her up and she had her hair done up like Princess Leia. Pretty much a keeper by that point.

Here we are during our first visit to Martha’s Vineyard.

The entire “CP Crew” at Eric and Anna’s taste testing for their wedding.

Random “date night” picture prior to eating steak at Mortons.  Or maybe the picture was taken after. Either way we crushed some protein.

Lisa in her “happy place” drinking a martini during our trip to Vancouver.

Lisa shooting guns with my brother and step-dad during a Thanksgiving trip home. She’s a good shot! Which is why I never forget to put the toilet seat down.

Lisa and I at Comic-Con Boston in 2013. She was a trooper for going.  To make up for it I told her that if someone ever invented a Sex and the City festival I’d be down.

Fingers crossed no one EVER invents a Sex and the City Festival.

A random picture of me with my shirt off as we vacationed in the DR this past spring. Cause, why not?

And nothing more than one of my favorite pictures of us together.

1,825+ days together. The Earth has managed to make the journey around the sun a total of five times. In that same span we’ve seen Prince William marry Kate, the Red Sox win the World Series (again), social media take over all our lives, the rise (and fall) of Honey Boo-Boo, Michael Bay make seemingly 19 different Transformers movies, and the advent of those stupid looking Google Glasses.

A lot has happened in five years together.

More than anything, though, independent of the outside world, we’ve both grown to be one heckuva a team, each another’s biggest fan, and support system.

As you can imagine, after five years together people often wondered when we would take the plunge. Which begs the question: Why do people refer to it as a “plunge?”  Kind of a morbid connotation, right?

Anyways, I think after year one together friends and family were tapping their toes wondering why I was taking my sweet ass time?

To be honest: we were never in a rush.

Lisa and I dated for two years before we decided to take it to the next level and move in together. Once we figured out co-habitation would not serve as the impetus to WWIII, we then started talking, loosely, about building a future together.

But other things took precedence. Things like Lisa finishing up and earning her PhD, and starting her career. Things like me getting out of my own way, finally putting on my big boy shoes, gaining some confidence, and pursuing other endeavors with coaching, writing, and speaking. Things like, you know, working shit out as a couple, finding our feet, she respecting my introverted tendencies (and I her extroverted tendencies), talking about feelings and stuff, and doing things when we both felt we were ready.

And here we are. The time is here. And I couldn’t be more excited.

You can read about the engagement itself and how I did it HERE.

I’ve been a fan of “offset” loading for a number of years now. Without getting too deep in the weeds on what offset loading is and what the benefits are… …it’s when you either stagger your foot or hand position on certain exercises OR you load an exercise a certain way (how you hold a… END_OF_DOCUMENT_TOKEN_TO_BE_REPLACED

Last week I received an email from Jon Goodman. At first I thought he was going to extend an invite to me to come up to Toronto for a weekend of watching Jean Claude van Damme movies. But that wasn’t the case. Fingers crossed for next time. Nope, instead Jon was curious if I’d be… END_OF_DOCUMENT_TOKEN_TO_BE_REPLACED