Today’s guest post comes from one of my good friends, Ryan Wood. Ryan wrote Part One of this series a few weeks go (which you can check out HERE) prior to his first powerlifting meet, which took place two weekends ago.

I thought he did a fantastic job with it, and it ended up getting a lot of positive feedback and was well received because a lot of people who read this blog have contemplated competing down the road.

In Part Two (below), Ryan discusses his first meet and some of the lessons he learned.

Back on October 11th, I competed in my first ever power lifting meet.  The meet was held in Everett, Massachusetts, right around the corner from Total Performance Sports.

On meet day, I arrived to the rec center around noon to listen to the rules. Jumping the gun on commands was the last thing I wanted to do in my first meet. I was pretty nervous when I got there, and even more so as the actual meet time approached. The morning session was set to finish a little bit early, so I began preparing and lightly warming up for the 2:30 start time.

Luckily my good friend and competitive power lifter himself, Adam Pine, was there to coach me throughout the day. I really can’t thank him enough for his expertise during my first meet.

Note from TG: you can check out Adam (and Jordan Syatt) in their new YouTube video series: The Angry Coaches.

Here they make a plea to fitness professionals to “quit telling your clients they’re broken.”

There’s a lot that goes into having a successful meet, and having someone there to guide me sure took off a ton of pressure. Keeping this in mind, here are some key lessons I learned from my first power lifting meet.

Basically a handler is someone who guides you during meet day. They help with the logistics of the meet and also provide bench press hand-offs.

Note from TG Again (Shit, sorry to hijack your article Ryan!!!!): here’s a quick video I shot at BU Strength and Conditioning on how to properly hand off to someone. Yes, it matters.

Adam took care of getting my squat rack height set properly, sending in my attempts, telling me when to warm up and giving me cues to focus on.

I was very fortunate to have his guidance because without him I would have been a nervous wreck. Instead, he took care of the details which allowed me to focus on lifting and just enjoying my first meet.

This one is pretty self-explanatory but very important.

Power lifting meets are very long and tiring. I showed up for rules at noon and didn’t leave the rec center until 9pm.

Nine hours is a long time, but picking foods you know settle well in your stomach is key.

It’s not a good idea to crush some random exotic food if you don’t usually tolerate it well. Snacks like trail mix, beef jerky, protein bars and shakes, peanut butter sandwiches, water and Gatorade are some good examples to keep you fueled and ready to lift.

The worst thing is to be starving while you’re trying to get amped up for a PR deadlift attempt.

Flights are basically what order you are lifting in.

The meet is organized based on weight lifted. Check the order as soon as it’s posted so you can begin to plan when to warm up so that you don’t finish warming up 30 minutes before your first attempt.

Again, I had Adam there to help me time my warmups so I was ready when my name was called.

Once I was finished benching, I still had about 2 hours until deadlifts even started. Since I was in the 2nd flight for deadlifts, I knew I could add another 15-20 minutes to the start time. Adam recommended that I just relax and get a little food in me as I had plenty of time to warmup once the first flight of deadlifts began. 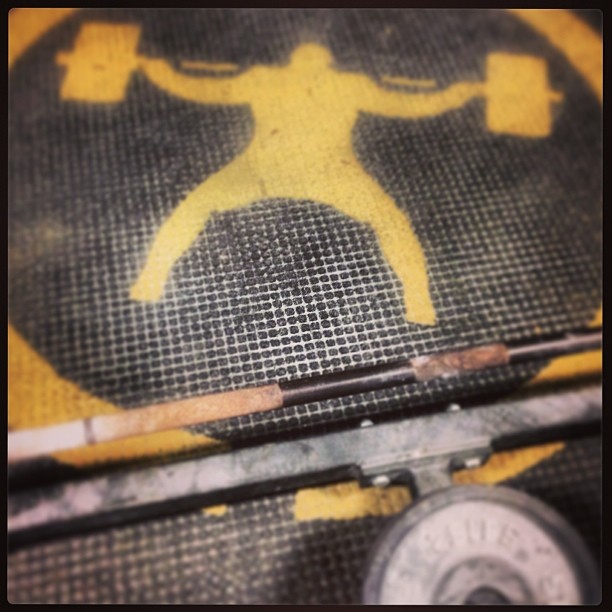 Along the same lines as knowing the layout, it’s also important not to go nuts in warmups. Adam suggested I take jumps like I normally would in training when working up closer to my attempts.

Try to do your last warmup about 4-5 minutes before you’re set to lift on the platform.

4) Take PR Attempts Even If They Are Small PR’s

I opened my first meet with a 315 squat. This was easy, as it should have been.

Because it was my first meet, it was recommended to me to open light and show the judges that I could handle the weight

My next attempt was 350 which also felt really great.

My best squat coming into the meet was 365. During my training as the meet approached, I wanted to hit a 385 squat. But things change a little on meet day, and while the 350 felt light, I jumped too much and ended up missing 385 in the hole. Adam suggested I go 375, which would have been a 10lb pr. I decided I wanted to go for 385 but it didn’t pay off.

The lesson I learned from failing on my 3rd squat attempt is this. Take a PR when you have the chance.

For my first meet, I should have listened to Adam. It really didn’t matter whether I squatted 375 or 385 because either weight was a PR since it was my first meet.

Instead of listening to his advice, I told him 385 and ended up being frustrated after missing it. The point is to take a PR even if it’s a small PR.

Honestly 370 probably would have been more realistic but I got greedy and paid the price.

The only lift I failed on was my 385lb 3rd attempt on squats.

As you’ll see in the video, I didn’t stay controlled enough on the descent, which caused me to lose tightness in the hole. Once I started up out of the hole, I leaned forward just slightly and was out of position to stand up with the weight. I will specifically need to work on staying more upright, as well as building strength through my erectors, and overall back strength.

I will continue to work on taking it down with more confidence, and staying tighter throughout the entire lift.

I want to thank everyone that helped me along the way as well as my buddies who were there on meet day to cheer me on! Big thanks to Adam Pine for helping me have a successful first meet!

Here are videos of my successful lifts:

210 Bench – apologies for the grainy video

Some Other Great Resources on the Topic

All About Powerlifting – Tim Henriques (this book literally covers everything about powerlifting).

Learn to Squat Seminar – Jordan Syatt (<— he holds world records. You should listen to him).

Ryan Wood is a Certified Personal Trainer through the American Council on Exercise. He interned at Cressey Performance in Hudson, Massachusetts, coaching athletes, professional baseball players, and general population clients for the last several years. He now works as a personal trainer in the Boston area.

He is passionate about about all things lifting and wants to help his clients reach their ultimate goals. He recently began powerlifting and will compete for the first time in October 2014.

Fair warning: This will not be an all-encompassing post on how to train the shoulders or how to program around nagging shoulder injuries. Frankly, I don’t think anyone wants to read a Dostoyevsky length diatribe on shoulder impingement or how improving scapular upward rotation leaves me sexually aroused. Yep, I’m weird. Instead I want to give… END_OF_DOCUMENT_TOKEN_TO_BE_REPLACED