I like to think of myself as an open-minded kind of guy:

– The other weekend, while dining out in DC, Dean (Somerset) and Ann (Wendel) ordered some sweetbreads for an appetizer. In my mind I was like, “Sweet! Sweetbreads! Are we talking cinnamon raisin here? Something with a cheesecake frosting?”

I’m not what you would call an adventurous omnivore.

They were “breaded” so I ate them. They weren’t sweet (weird), but tasted good.

When it comes to things like calamari, pate, fois gras, or putting anything other than caramel on ice-cream, I’d rather jump into a live volcano than eat that stuff. It wasn’t until a week later when Lisa and I were watching the season premier of Top Chef Boston that I learned what sweetbreads really are.

I’ll get over it.

– I went to a screening of Brokeback Mountain – by myself, mind you – when it first came out in theaters. Two dudes making out in a tent? Whatevs.

– I once voted for a Democrat (even though I’m a registered Republican).

– And, I’m not skeered to rock a pink shirt when the occasion calls for it.

In the above scenario I believe it was because it was Wednesday.

This open-mindedness doesn’t just default to regular life stuff either. I’m pretty open when it comes to fitness-related things as well.  Sure, I have my biases and preferences on certain things – I think kipping pullups are dumb, I believe everyone should perform some sort of deadlifting 1-2x per week, I loathe how yoga is marketed towards women (if I hear one more “long and lean” muscles diatribe I’m gonna snap) – but for the most part I take a “middle-of-the-road” attitude on most things.

I can see the rationale or benefit on just about everything. What I can’t stand is when fitness peeps are so far to the left or right on any given topic that they become irrational.

We have people arguing over the merits of organic vs. conventional foods (GMO), and yet a vast majority of people aren’t even eating a serving of fruit or vegetables per day! Who cares if it’s organic or GMO? I hate to break it to you, but 95% of what we eat is GMO anyways, including those organic cherry tomatoes. 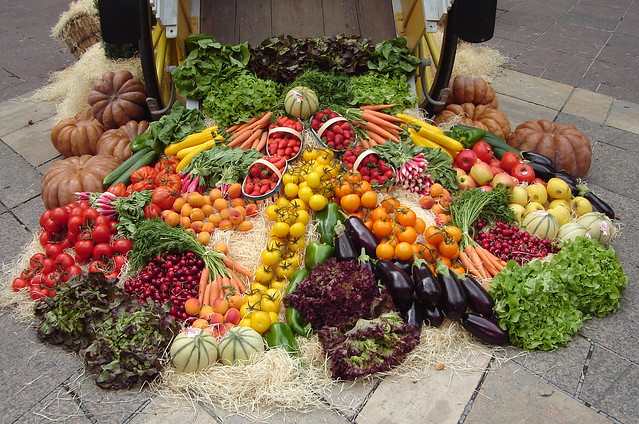 We like to argue over minutia and it’s human nature to be set in our ways I suppose. We like to believe we live in a black or white world (where you’re right and everyone else who disagrees is wrong), but so much of it is grey.

More to the point, whatever the debate may be or question being asked, in the entire world, but especially in the fitness world, everything can be answered with one simple (albeit complicated) phrase……

Is Paleo a good fit for you? It depends.

What about intermittent fasting? It depends.

CrossFit – yay or nay? It depends.

A roast beef sandwich is smarter than Tracy Anderson? No debate. Abso-freakin-lutely.

But lets get serious for a second. What about percentage based training?

I used to dismiss this type of training, but as of late I’ve been having a bit of a change of heart and have been incorporating it more and more with my own programming, as well as that of my athletes and clients.

But, as with everything else, there’s a time and place for it and whether or not it’s a good fit for YOU will, wait for it……………..

Many programs will utilize percentages (based off of one’s 1RM) for loading schemes and provide detailed set and rep schemes for the lifter.

1. Such an approach takes a lot of guess work out of the equation and provides instantaneous direction to many trainees who otherwise would be confused as to how much weight they should be using.

All you have to do is figure out one’s 1RM for any particular lift, type out some numbers in a calculator, bleep, bloop, beep, beep, bloop, and PRESTO, you have a training session!

2. Olympic weightlifters use this approach religiously, and they’re ridiculous athletes. I hate them…..;o)

3. Percentage based training makes a lot of sense when working with larger groups or team based training. Some collegiate strength coaches I know are in charge of 3-4 teams which is a crap load of programming for one person.

This approach drastically reduces the workload, while still allowing for some tweaking and individualization.

Some of the most successful training programs in the past few years, Jim Wendler’s 5/3/1 and Brandon Lilly’s The Cube Method are two gleaning examples.

Not to mention, of course, the classics like Shieko, Smolov, and The Russian Squat Routine….those sadomasochist bastards!

1. Some coaches, myself included, can see the benefits percentage based training has for beginner and intermediate lifters. Like I mentioned above, it provides structure and takes out a lot of the guesswork.

That said, the knock against it is that it doesn’t take into account one’s preparedness for any given day. One day may call for 80% and you feel like you could deadlift a bulldozer. You get your reps in, but it was too easy.

Conversely, one day you walk into the gym feeling like you got run over by a bulldozer and your programs calls for 2×3 @ 90%. You miss reps and your entire session is a train wreck.

Expounding on this point a bit further, I’ll steal some insight from Bret Contreras:

Programming just isn’t that simple. My colleague Brad Schoenfeld and I recently collected data for an upcoming study we intend on publishing that examines the EMG activation in the leg muscles with heavier weight (75% of 1RM) versus light weight (30% of 1RM) to failure. While we weren’t particularly interested in the number of repetitions the subjects achieved during exercise performance, we were intrigued to find that with the 75% of 1RM loading, the ranges of repetitions achieved by the subjects varied dramatically from one lifter to the next. While most subjects performed between 10 and 15 repetitions, one subject performed a whopping 21 repetitions, and another subject performed just 7 repetitions (with 30% of 1RM, the range was 30 to 71).

What does this mean for percentage based training?

For some it will be on point. The load, sets, and reps mirror that of the person’s ability and they’ll see great progress.

For others it will be too much.

2. Another thing to consider is the argument that strength doesn’t happen in a linear fashion. As Eric Cressey notes:

I rarely use percentages. Think about it this way…

In short, you’d have to re-test your 1RM every four weeks or so to update your program calculator which is a major pain in the ass (not to mention detrimental in that people spend waaaaaaay too much time testing their 1RM rather than actually building it. More on this below). 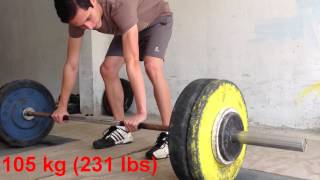 3.  Something else to consider is that some programs that utilize percentage based training are absolute eye wash and make no sense.

As Jesse Irizarry notes in THIS article, a large number of programs have rep counts assigned to percents that don’t factor cumulative stress on the body of doing multiple reps at that given percent.

Performing 5 reps of any movement at 80% of 1RM doesn’t sound too hardcore, right? Easy peasy.

The FIRST rep is the only one that represents 80% of 1RM. Every rep thereafter represents cumulative stress on the body and is greater than the demand of 80% 1RM.

And then we’re asking some trainees to perform 5,6, even 7 SETS at that percentage!?!?!

That’s going to smoke some people.

Here’s my thought process today as I tap away on my keyboard.

1. For beginners and a fair portion of intermediate trainees, I feel percentage based training can work, but it may not be a good fit right out of the gate. To be blunt, most just aren’t strong enough to even worry about it. Yes, it provides structure – and I can’t argue that. But if you’re a grown man and your 1RM squat is only 185 lbs, is it really going to make a huge difference if you train at 90% (which is 166 lbs???).

Yes, it’s relative – 90% is 90%, and heavy is heavy – but I think most people in this camp would be better served using an RPE (Rate of Perceived Exertion) scale or following something like THIS.

2. In addition to the point above, most beginners aren’t remotely ready to handle loads upwards of 85-90%+ of 1RM. That’s just silly talk.

3. Remember earlier when I said a lot of trainees spend too much time testing their 1RM rather than building it?

This is something fellow CSP coach, Greg Robins, has discussed as of late and I couldn’t agree more.

Percentage based training helps people build a wider foundation in order to build a higher peak.

How you get strong is by moving what you could originally do for 3 reps and perform it for 5.

You can only do this by accumulating volume and by putting in the work. It’s not just going to happen. And this is where using percentage based training has a TON of merit, and, not coincidentally, is why Wendler’s 5/3/1 is so effective!

If more upper level intermediate lifters (and advanced lifters) bought into this mantra, I’m sure they’d see some improvements in their numbers.

4. I think too, percentage based training, more so for advanced lifters, provides some semblance of forced autoregulation.

Speaking from personal experience I know I’d always get into trouble when I consistently forced myself to train my deadlift in the 90% and up range. At some point, by week 4 or 5, my back would be like, “hahahahahahaha, not gonna happen Tony.”

Utilizing more percentage based work forces me to tone it down a bit, place more of a premium on bar speed and technique, and allows me to accumulate more volume without my back flipping me the middle finger. And I’m cool with that.

Percentage based training isn’t the end-all-be-all approach, and it isn’t going to work for everyone.  But that’s my thought process as it stands today. What do you think?

Fair warning: This will not be an all-encompassing post on how to train the shoulders or how to program around nagging shoulder injuries. Frankly, I don’t think anyone wants to read a Dostoyevsky length diatribe on shoulder impingement or how improving scapular upward rotation leaves me sexually aroused. Yep, I’m weird. Instead I want to give… END_OF_DOCUMENT_TOKEN_TO_BE_REPLACED