The D’Angelo of Strength and Conditioning?

I’m not bashful when it comes to admitting my weaknesses as a coach. I did it before when I wrote a post not long ago explaining why I don’t include the Olympic lifts into my programs, and I’ll do it again today.

Speed and explosive training is not my strong suit.

This is not to imply I don’t include any speed/explosive/movement/agility training with my athletes and clients. I absolutely do! What good is it to have strong athletes who can’t express that strength quickly and/or who move like the Tin Man?

But I’ll be the first to admit that speed training isn’t my strong point as a coach. Kind of like Aquaman being a cool superhero….;o) He can get s*** done, buuuuuuut, you know, he’s Aquaman

Part of the reason is due to my philosophy as a coach. I can’t begin to tell you how many parents walk into Cressey Sports Performance on a weekly basis and wax poetic on how their 13 year old child – who plays on five different AAU baseball teams throughout the year – needs to work on their foot speed and getting faster.

I typically nod my head, play the part of the understanding coach, and quench the parent’s thirst for that “x factor” that’s going to make their kid the next Clayton Kershaw or Mike Trout.

“We’re absolutely going to try to make your kid faster,” I’ll say, “by making him (or her) stronger.”

I won’t belabor the point here, but needless to say I’ll go into a short spiel explaining that doing a bunch of cute ladder and agility drills won’t make their kid faster because their kid can barely put any force into the ground as it is.

I’ve used the analogy before, but it would be akin to me putting a sweet paint job on a Ford Focus with some spoilers and sick rims, and making look fast….but unless I do something to increase the horse power of the engine it’s pretty much all a giant waste of time.

Lets place a premium on correct movement, building a base of strength and progress from there, mmmm kay?

The other reason speed training isn’t my strong suit is because CSP coach, Greg Robins, has done an amazing job within the last year at revamping our approach to it. He’s more or less taken the reigns on writing all of our off-season “movement days” which incorporates any number of skipping drills, heidens, box jumps, foot work drills, arm/leg action drills, build-ups, and change of direction.

You can get a taste for what that entails HERE.

You still won’t find any of this nonsense, though:

All that said, can I work with a young or intermediate athlete on general sprint mechanics or helping them improve their explosive power? Yes. Can I help an athlete train for the 100M dash in the Olympics? Um, no.

It’s still no excuse on my end to take a back seat and not try to improve myself on the topic.

Lee Taft is one of the most respected speed coaches in the industry. He’s worked with countless numbers of elite athletes and is easily one of the coaches I, along with many other coaches I know, go to when “we” need to up our game with regards to getting athletes faster.

He’s also a coach who’s the strength and conditioning equivalent of the enigmatic R&B singer D’Angelo.

I love D’Angelo. His first album, Brown Sugar, is still one of my favorite albums of all-time. His second album, Voodoo, released five years after his first, again, became an instant classic.

Within that time, he rarely ever gave interviews or released any new material. And then, poof….he seemingly disappeared, making a few cameo appearances here and there on various soundtracks and guest tracks.

15 years later, he just released his latest album, and again….it’s legit. Basically, when D’Angelo releases something you know it’s going to be amazing.

The same can be said for Lee Taft.

See what I just did there? I made a comparison between D’Angelo and Lee Taft. Dammit I’m good.

Now, I don’t mean to insinuate that Lee’s emulated D’Angelo and played the role of reluctant recluse. He’s a prominent player on the Perform Better tour and has always been in the trenches, coaching.

He just doesn’t release a lot of new products (his last was ten years ago).

But when he does……it’s unreal. 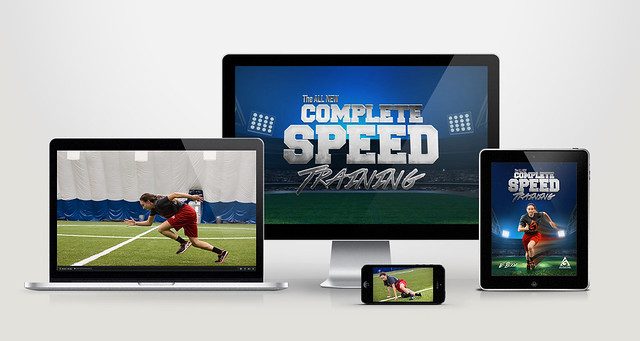 Lee’s just released his latest product, Complete Speed Training, his first in a looooong time, and after reviewing it I can say it’s pretty damn awesome.

It gives you a step-by-step breakdown – from the warm-up to the drills themselves – on how to make your athletes (and clients) faster and more agile.

And there’s nothing that’s going to make your eyes bleed.

If you’re a coach who works with athletes or a personal trainer who’s looking to add safe and appropriate progressions to your client’s training repertoire, I’d HIGHLY encourage you to check this out.

It’s on sale through this Friday at midnight, and I can guarantee you don’t want to miss this amazing opportunity to learn from one of the best.

I received a question recently via my Instagram DM’s and figured it prudent to take some time to write a more thorough response I could share with the masses here. 1. I hope it helps and makes sense. 2. Um, why aren’t you following me on IG? Here’s the question: “What is your response to… END_OF_DOCUMENT_TOKEN_TO_BE_REPLACED

Fitness professionals are notorious for myriad of things: Wearing sweatpants to work everyday. It’s definitely one of the perks of the job. Always forgetting about the protein shake shaker in their gym bag (or in their car) that invariably, three weeks later, ends up melting someone’s face off once it’s opened. Their affinity for smedium… END_OF_DOCUMENT_TOKEN_TO_BE_REPLACED