As most who read this site know I spent this past weekend in St. Louis with Dean Somerset teaching our Complete Shoulder & Hip Workshop1 to a group of 25 personal trainers, coaches, and PTs at Blue Ocean Fitness located just outside of the city itself, in Chesterfield (if you’re in the area, give John Farkas a call. Great coach and amazing staff). In addition, I spent the last few days eating a fair amount of dead animal flesh.

For as much as Kansas City gets all the BBQ hype (and with good reason, it’s delicious), I have to say…St. Louis ranks right up there too.

Gotta say: St. Louis BBQ is right up there with KC. Shots have been fired!

Pulled pork aside, the entire weekend was a success – no one left early or asked for their money back. And from what I could tell everyone who attended walked away with a number of ah-HA moments.

1. Shoulder assessment is much more in depth than only paying attention to anterior-posterior imbalances (rounded back). It’s crucial to pay close attention to superior-inferior imbalances as well; the ability to upwardly rotate the scapulae and control, eccentrically, downward rotation.

2. If someone lacks the ability to achieve ample shoulder flexion, they probably shouldn’t be performing overhead pressing, snatches for AMRAP, or kipping pull-ups. Ever.

3. The term “shoulder stability” is kind of a misnomer. Stability suggests broad bony structures and ligamentous attachments. This has nothing to do with the scapulae. Instead, a better term – I stole from Sue Falsone – is controlled scapular mobility.

4. The “anti-flexion” movement has given rise to a host of other equally deleterious imbalances to shoulder (and spinal) health; namely those “stuck” in gross extension, and subsequently depressed/low shoulder girdles and downwardly rotated scapulae.

This is important because how you go about “treating” and programming for these individuals will often be in stark contrast to the likes of computer guy (and zombies), who are stuck in flexion. For instance, for those in a more extended posture it’s not uncommon to hammer upper trap activation to help improve scapular upward rotation.

Something most “computer guys” won’t need. They may need to improve upward rotation, but NOT by means of MORE upper trap activation.

5. Not everyone is meant – or designed (we need to appreciate and respect people’s anatomy and bony limitations) – to squat ass-to-grass. The internet disagrees and it can go fuck itself.

6. Perceived mobility restrictions could very well be lack of motor control and/or instability. Don’t assume limited ROM in any movement means you need to stretch for endless hours or “smash” a muscle with a foam roller, lacrosse ball, barbell, or for the more hardcore SMR types, a live grenade.

Aggressive soft tissue work has a time and place, but I do feel many take it too far.

7. Along those same lines, improving proximal stability with things like plank variations and rolling patterns – to help aid core firing and stability – will result in improved distal mobility.

Dean and I didn’t film our lecture(s), but I encourage you to watch the video below of Dr. Perry Nickelston discussing the soft roll.

Also here’s an older video of Dean going all Gandalf on people, showcasing the power of planks at improving hip range of motion.

And here’s a video of me stabbing a SWISS ball. Because, corrective exercise.

And now it’s all over.

As the case is every time I complete a workshop, I did what any self-proclaimed introvert would do: collapsed on my hotel bed, vegged out, and binge watched HGTV.

What can I say: Nothing says I live life dangerously more than House Hunters and Property Brothers.

It was an early wake-up call this morning, and as I type these words on my keyboard I’m sitting here in the airport waiting for my flight to Cincinnati where I’ll connect back to Boston.

I didn’t have anything concrete to write about today, but then I remembered a question one of the attendees of the workshop this past weekend asked me prior to starting on Saturday:

“How did you get so good with shoulder stuff? Where did you learn it from?”

It was a huge compliment. It made me feel good. But it also caught me a little off guard, because I don’t consider myself anything special with regards to shoulder knowledge.

If we’re discussing the ability to quote the movie GoodFellas, regurgitate random Mark McGwire baseball statistics, and list, alphabetically, the name of each character to die in Game of Thrones…then I’m the shit.

But shoulders? I guess I’m okay. I’m also my own worst critic. I know I know a thing or two.

However, I think anyone would feel inferior in this department if one of their best friends was Eric Cressey.

Then again, that’s part of the reason I’m comfortable with the topic.

That and what I wanted to briefly discuss today:

The Law of Repeated Exposure(s)

Mind you, I don’t believe this is a real thing, much less a law. Not like The Law of Thermodynamics or The Law of Gravity or The Law of Paula Patton’s hotness.

This “law” is more or less something I made up, but nonetheless pertinent to the conversation.

Simply stated: the more you immerse or “expose” yourself to any given topic or thing (<- how’s that for science), the more likely you are to have some degree of mastery in it.

As an example Dean and I were discussing the Strong First certification this past weekend with the attendees, and he mentioned to everyone that when he took the course last year he performed roughly 3000 kettlebell swings in two days.

He got really good at swings.

Likewise, how does someone get better at deadlifting, squatting, or chin-ups?

They do them. A lot.

I work with a lot of women, and one of the common themes I notice is their apprehension or reluctance at their ability to perform a strict, full-ROM chin-up.

Whether it’s via negative self-talk (“I’ll never be able to do that!”) or the fact much of the mainstream media channels them into believing they’re these delicate flowers that can’t (or worse, shouldn’t) train with appreciable weight or intensity…many (not all) have waived the white flag before having tried.

And even if they do try, it’s less a real, valiant attempt than it is a whimper. Training the chin-up once – maybe twice – per week isn’t going to cut it.

I often defer to my good friend, Artemis Scantalides, who, is not only an outstanding coach, a Strong First instructor, one of only a handful of women to complete the Iron Maiden Challenge, and a black belt in Kung-Fu, but also champions the idea of training the chin-up in some way or fashion – varying set/rep schemes, accessory movements, etc – 4-6x per week.

That’s how you get better and more proficient with it.

Taking the “law” outside of the realm of health and fitness, it’s still every bit as efficacious.

What do writers do to get better at writing? They write. 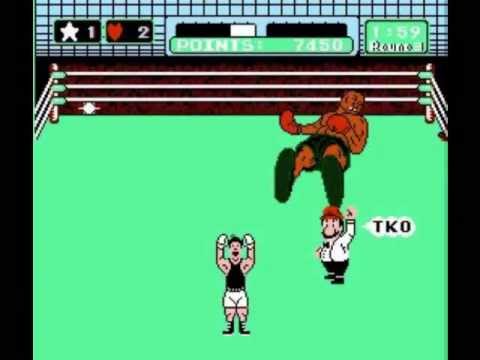 It’s every bit as much of a learned skill as acting, throwing a baseball, learning to play guitar, or finally beating Mike Tyson in Mike Tyson’s Punch Out.

I’ve written well over 1,800 blog posts on this site, and cringe at some of my early work. I still cringe and struggle with the bulk of my writing today (I have yet to meet anyone who does a fair bit of writing and believes he or she is a “good” writer). But I know I’m better than I was 2006.

It all falls under the same umbrella.

The more you do something and the more you expose yourself to the material, the more confident you are in your abilities to master it.

Coming back full circle to shoulders: I still don’t consider myself an expert. But there’s a lot to be said from all the assessments I’ve done in the past eight years, the sheer number of overhead athletes I’ve worked with, programs I’ve written, the countless articles and books I’ve read, DVDs I’ve watched, and seminars/workshops I’ve attended.

Too, I understand that having access to someone like Eric Cressey and the amazing group of coaches I’m surrounded by on a daily basis puts me at a slight advantage.

But that’s also because I’ve worked hard to put myself if in that situation. Doing so has allowed me opportunities I otherwise couldn’t have fathomed ever happening.

Regardless of what you want to get better at: Shoulder anatomy, assessment, biceps, Scrabble, posting cute cat pictures on the internet, whatever. There is no one correct way or answer. The onus is on YOU.

Ask questions and be inquisitive. That goes without saying. But also do whatever it takes to get as many repeat exposures to the material as possible.

And then don’t stop.

I’ve been a fan of “offset” loading for a number of years now. Without getting too deep in the weeds on what offset loading is and what the benefits are… …it’s when you either stagger your foot or hand position on certain exercises OR you load an exercise a certain way (how you hold a… END_OF_DOCUMENT_TOKEN_TO_BE_REPLACED

Last week I received an email from Jon Goodman. At first I thought he was going to extend an invite to me to come up to Toronto for a weekend of watching Jean Claude van Damme movies. But that wasn’t the case. Fingers crossed for next time. Nope, instead Jon was curious if I’d be… END_OF_DOCUMENT_TOKEN_TO_BE_REPLACED