Striving to Be More, Instead of Wanting to Be Less: Why Strength Training is a Perfect Fit for Women

I was going to title this article “Why Women Should Strength Train,” and then, being my witty/whimsical self, write something to the effect of:

But that would have been lame for a few reasons:

It stands to reason if you’re reading a blog who’s tagline is “Because Heavy Things Won’t Lift Themselves” you need little convincing on the merits of strength training.

You’ve already been converted to the “dark side.” (<— Best if said using the same accent and inflection as Darth Vader from Empire Strikes Back).

However I’m hoping the commentary that follows will resonate with those who aren’t yet “converted,” have preconceived notions, and/or who have been programmed into thinking strength training is something women should not be doing, which saddens me deeply (and makes me want to hurl myself into a live volcano).

NOTE: If you happened to have stumbled on this website by accident using the key words “adorable,” “World’s best hugger,” or, I don’t know “crazy cat gentleman” then welcome! I hope you stick around for awhile.

What Strength Training Is Not

To be clear: “strength” is subjective. I feel part of the problem as to why some (not all) women refrain from strength training is that some (not all) automatically assume they have to be lifting heavy-ass weight.

Yes, possessing the ability to deadlift 2x body-weight or to be able to bang out ten bodyweight chin-ups is impressive and is strong.

But strength can also be other things.

I mean, have you ever watched a Cirque du Soleil show and the crazy positions those performers can get into and hold? That’s strong too.

All that said, I’ve long been a champion of doing my part in debunking and offsetting the message the mainstream media often perpetuates to the masses (women in particular) with regards to strength training.

The message that strength training is for men and that women should focus more on “toning” or “lengthening” or any other vomit-in-my-mouth worthy phrase or comment the likes of Tracy Anderson has regurgitated over the years.

She’s had some doozies.

“No woman should lift a weight heavier than 3 lbs.”

“I would never recommend (kettlebells) to women, even women who are fans of bulkier muscle lines. While bulkier muscle looks OK on women in their 20s and 30s, it doesn’t age well.”

“It’s important to use lighter weights so we can target our deep, less angry, stabilizing muscles. Also, dipping your left hand into a bucket of unicorn tears detoxes the body of sadness.”

One of the quotes above I made up. The fact you may have to figure out which one speaks to her asininity.

For men the message tends to lean towards “building” or “make stronger.”

For women the message tends to reverberate towards “to lessen” or “to slim” or “to make smaller.”

I just find the overall message of smaller, thinner, sexier, to be very toxic in nature and encourages a mindset that paints strength and strength training (with regards to women) as something that should be avoided altogether.

It Needs to Stop

Sure, I could wax poetic about how strength training for women helps to increase athletic performance, increase muscle mass (which helps improve body composition (muscle takes up less space than fat), metabolic rate, and overall caloric burn “at rest”), stave off osteoporosis/osteopenia, in addition to reducing the likelihood of injury.

ALL of these are wonderful things.

Yet still, many women refrain from the iron.

Like myself, my good friend, Ben Bruno, trains a lot of women.

He does a masterful job of framing strength and strength training as something that should be embraced and that more women should adopt and gravitate towards.

“It’s about strengthening the right areas,” he often says.

What makes his message all the more effective is that he works with some high-profile clients, and has them performing some kick-ass stuff.

Stuff that many women would be reticent to try because they’re deemed unconventional and don’t involve sitting in a room set at 106 degrees.

@kateupton is the newest member of the 500 pound sled-push club. STRONG! #Repost @kateupton with @repostapp. ・・・ This is the worst view in all of sports… It’s also 500 pounds. I joined the club @chelseahandler ! @benbrunotraining

No pink dumbbells in sight.

1) Because I Said So

I don’t treat the women I train any differently than the men I train, and I think they appreciate that.

What can I say: I’m a feminist.

“I feel like we should stop calling feminists ‘feminists’ and just start calling people who aren’t feminists, sexist.” – @Maisie_Williams

I don’t “baby” them, I don’t treat them like delicate snowflakes, I don’t have them perform “girl push-ups,” and I don’t feed into any fanatical nonsense that placing a barbell on a their back is going to turn anyone into He-Man. 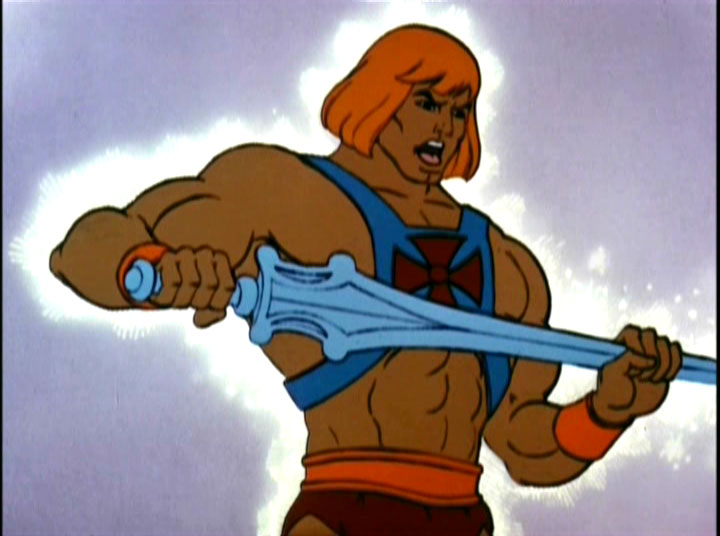 Giving credit where credit is due: CrossFit has pretty much nipped this mindset in the bud in recent years. I see more and more women ditching the elliptical machines in lieu of barbells, and it’s amazing.

However, I’m not married to the barbell.

One’s goals and ability level will always dictate the path I’ll take with any client. Sometimes, and I credit Ben (Bruno) for this little tip, a little reverse psychology can help nudge a woman to the benefits of strength training.

KB deadlift vs. Band with a “hover.” The band helps groove a hip hinge, and the hover helps cue lat and upper back tension. My client Yael has come a long way in a few weeks.

While there was no “trickery” involved with the video above – I was using the KB and band to better groove Yael’s hip hinge – I can’t tell you how many times I’ve had a female client give me the stink-eye when I tell her to lift “x” weight with a barbell, only to nonchalantly crush the same weight with a kettlebell or dumbbell.

As a coach, sometimes it’s best just to meet people where they are.

But it’s fantastic once the switch flips, and I can get a female client comfortable and more confident with barbells.

It’s impossible for me to elaborate more eloquently on this subject than how Jen Sinkler did recently:

“This weekend I was told by a man I knew in college that I was “unrecognizable” now thanks to my “really big arms.”

I love how I look. I love the thickness. It’s one of the reasons I lift. My concept of beauty is different now. It involves more determination.

No one gains muscle by doing nothing. It takes action, diligence, and a strong work ethic. Muscle represents those qualities, tells me about that person.

Another fantastic quote, from Fabienne Marier, which was in response to Jen’s quote above (as well as served as an impetus for the title of this article) also hits the nail on the head:

“I love that my body is now an ally, instead of being an adversary.

My look is deliberate, not accidental. And it’s the result of striving to be more, instead of wanting to be less.”

Every so often my wife is approached at the gym while she’s training, and in between sets of deadlifts or chin-ups, is asked by a curious onlooker, “what are you training for?”

Many people – men and women – watch her train and assume she’s training for a competition of some sort.

It’s a compliment, and she takes it as such.

But how often is a man asked that same question? No one blinks an eye when a man is using the squat rack.

Yet when a woman is using it, it’s assumed she’s a competitor.

Lisa has the most appropriate response, though:

Not coincidentally…she’s never asked me to open up a jar for her, she isn’t timid to move furniture, and she certainly doesn’t back down when she has to (farmer) carry the groceries a few blocks from the grocery store to our apartment.

Strength training by it’s nature yields itself to more performance-based goals, which I am a huge fan of.

Whenever I start working with a woman and she’s all like “I want to lose ten lbs,” I’m all like (fast forward to the 0:35s mark in this clip)…

This IS NOT to discount or belittle someone’s goal to lose weight…it’s my job as their coach to dig deeper, peel back the onion, and figure out why this is the case (why do they want to lose 10 lbs?, why do they feel they need to lose 10 lbs?)….and then set them up for the best path of success possible.

However, in my experience, often (not always), it’s a lazy, shallow, and meaningless goal.

If anything, the sentence “I want to lose 10 lbs” is nothing more than a default setting many women have been programmed to say because, well, they don’t know what else to say.

You’re better than that.

Striving for more performance-based goals, and setting a higher standard for why you head to the gym day in and day out can be a game changer.

It frees you from a stagnant, poisonous mindset

Take my client, Shannon, as an example.

Client of mine, Shannon, hitting a top set of 260 lbs on her deadlift today. Solid lockout.

Her goal is to deadlift 300 lbs. It’s not every female’s goal.

She arrives to every training session with a sense of vigor and passion that wouldn’t come close to what it consistently is if her goal was to “just lose 10 lbs.”

I’d argue that setting performance-based goals sets the tone for aesthetic goals anyways. All the hard work and dedication it takes to nail the performance goal –  whether it’s performing your first chin-up or hitting “x” number of reps of squats at “x” weight – allows for the aesthetic goals to just kinda happen.

Strength training helps to mold, shape, and add contour to the body.

You don’t “shape” anything by spending copious hours on the treadmill. You may lose weight, but you make yourself a smaller, weaker version of your original self.

Yeah, strength training is the shit.

If you train people for a living, read this. Don’t Guarantee Results It’s seems counterintuitive, maybe even borderline asinine, not to guarantee your clients results, right? I mean, what the hell are they hiring you for? HINT: It’s not to trade baseball cards or tickle fights. I had a new client start with me recently… END_OF_DOCUMENT_TOKEN_TO_BE_REPLACED

There was time in my blogging career where I’d be more apt to dedicate writing energy toward topics like “Top 5 Carrie Bradshaw Breakups” than anything related to business, let alone taxes. However, a major mishap I made back in 2007 when I transitioned to being self-employed made me change my tune quickly.  Let’s just… END_OF_DOCUMENT_TOKEN_TO_BE_REPLACED