Stronger Back = Better Everything

What’s more impressive or baller than a muscular, strong-looking backside?1

Any Joe Schmo can walk around with decent sized biceps or a six-pack that would make Tyler Durden jealous. Walk into any commercial gym and you’ll see both.

However, it’s a bit of a rarer occurrence to see someone with an impressive upper back. Not JD Salinger making a public appearance rare or even unicorn rare; but rare nonetheless.

It’s a shame, too, because having a strong upper back provides many advantages.

1) It Makes You Look Yoked

Remember that opening scene from the movie Troy when Achilles (<— I know, second Brad Pitt reference in less than ten seconds. Last one I promise) “fights” Boagrius?

To help jog your memory, this is Boagrius:

You can’t technically see his upper back, but do really need to in order recognize he’s a ginormous human being?

Yeah, sure, the fight between him and Achilles was over in a blink of an eye, but we’re still talking about those traps.

And speaking of traps, who can forget Tom Hardy in the movie Warrior.

For starters, it’s a fantastic movie about brothers, fathers, and some of the best MMA fight scenes ever filmed – even my wife liked it.

Secondly, between his role as Tommy in Warrior (as well as Bane in The Dark Knight Rises), Hardy pretty much sealed the title for “Best Traps in Hollywood” and subsequently spawned a tsunami of “Get Traps Like Tom Hardy” workouts.

Traps, indeed, are the new abs.

Having a bigger “anything” generally assumes increased strength. Trying really hard not to include a penis joke here.

To be more specific, though, having a bigger/stronger upper back can have huge carryover to improved performance in many lifts – especially as it relates to the “big 3.”

Having a bigger/stronger backside can translate very well to a better squat.

Ask any powerlifter what’s more important for a big bench press – chest or upper back – and most will likely say “both!,” however default to the upper back (and technique) as being more of a limiting factor.

Chad Wesley-Smith of Juggernaut Training likes to use the analogy of the upper back serving as a “base of support” during the bench press. A thicker/wider upper back will:

Similar to what was noted above with squats, a bigger/stronger backside will almost always equate to a better, less vomit-in-my-mouth looking deadlift.

Everything – traps, rhomboids, lats, erectors – work in concert, isometrically, to counteract both compressive and shear forces playing tug-of-war with your spine.

3) Illusion of a Bigger Chest

I work with a lot of men who’s #1 goal is to have a bigger chest. Common sense tells us that in order to have larger chest muscles (pecs) we need to train them.

Unfortunately, guys tend to be so enamored with training their chest that “chest day”  becomes “chest week.” As a result, many are left with an overly kyphotic posture (rounded upper back and shoulders) because they’ve developed a muscular imbalance between their front and backside, which ends up “hiding” their chest development.

So what ends up happening?

Which only feeds into the problem.

Many are left flummoxed when I suggest the answer is to perform more BACK exercises. Often, the answer is to strengthen and focus more on their backside, which will then “open” things up and give the illusion of a larger chest.

Which leads us to the obvious question: Tony, will you just STFU and tell me WTF do I do?

This is a blog post, not a dissertation on anything & everything back training…but I’d be remiss (and an a-hole) if I didn’t provide at least some actionable advice.

It’s generally accepted that back training can (and should) be divided into two camps: horizontal pulls and vertical pulls.

Bodybuilders are jacked and know a thing or two about putting on muscle, so who are we to disagree?

This is not an exhaustive list, but hopefully gets the point across.

If you’re someone who follows more of an Upper/Lower split during the week (4x per week), it may help to divide your upper body pulling days into horizontal vs. vertical.

If you’re someone who follows more of a full-body split (say, 3x per week) you could approach your back training in an A/B fashion.

A = horizontal pulls.
B = vertical pulls. 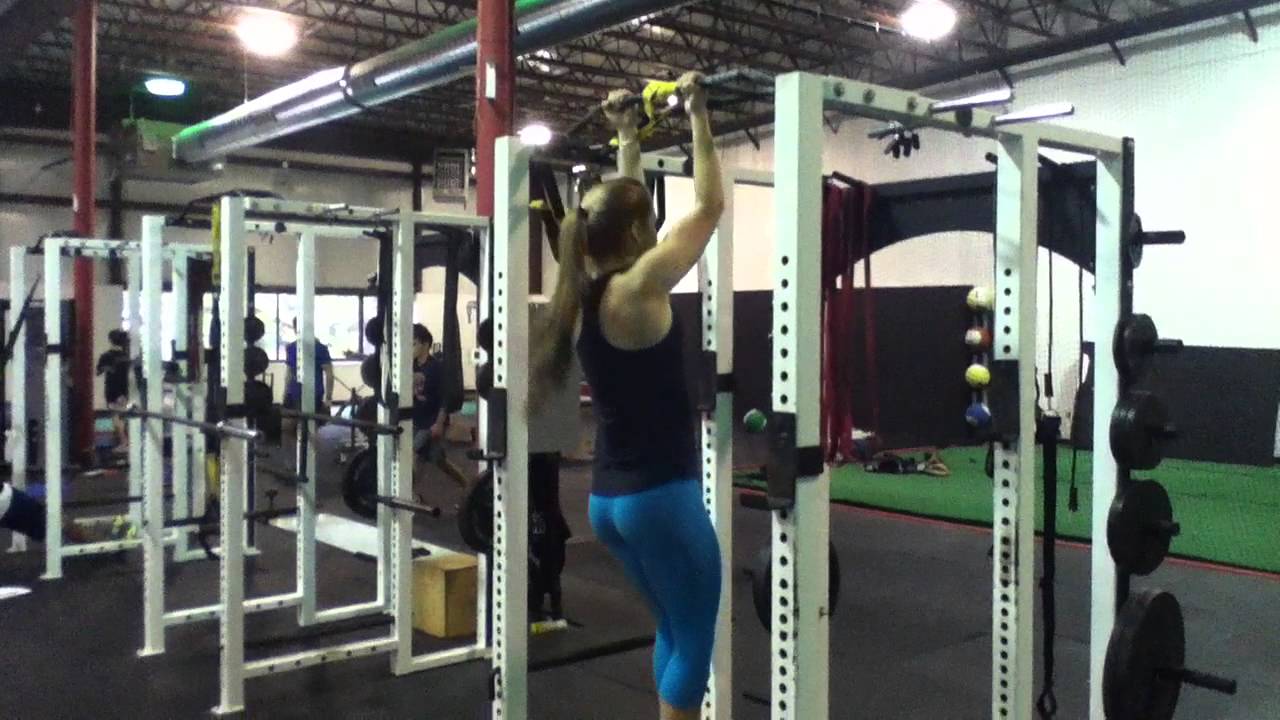 So on and so forth.

2) Train Your Back More Often

I honestly feel back training is something most people could get away with doing every training session. This doesn’t mean, of course, you need to go heavy or balls-to-the-wall every time.

On days you squat or deadlift or both if you’re a badass (or Wolverine), your back is getting plenty of work, and it probably wouldn’t bode well to follow suit with some heavy Bent-Over Rows or Pendlay Rows.

You can, however, toss in some moderate to high(er) rep (not to failure) accessory work afterwards in the form of DB rows or maybe some Band Face Pulls.

In any given week I like to include at least ONE heavy (3-5 reps) horizontal pulling variation, in addition to a moderate (8-12) and high-rep (12+) variation.

The same goes for vertical pulling – although, options are a little more limited here.

And then you can tinker with varying set/reps each week.

You can also “sneak” more back exercises into the mix and increase volume.

I don’t know, just some ideas.

If you train people for a living, read this. Don’t Guarantee Results It’s seems counterintuitive, maybe even borderline asinine, not to guarantee your clients results, right? I mean, what the hell are they hiring you for? HINT: It’s not to trade baseball cards or tickle fights. I had a new client start with me recently… END_OF_DOCUMENT_TOKEN_TO_BE_REPLACED