Disfluency and Why It Can Help You Reach Your Fitness Goals

In the Spring of ’96 I made my first collegiate start as a pitcher. I was playing for Onondaga Community College out of Syracuse, NY, and we were down in Florida for our annual Spring Training trip.

Can you find me?

Not only was it the first time I saw green grass in several months (winters in Central NY are long and brutal), but it was my first trip to Florida, which meant it was also my first time seeing palm trees.1

We arrived in West Palm Beach to play West Palm Beach Community College. On the bus ride from our hotel to the field I was fidgeting, listening to my Discman – remember those? – probably Wu-Tang Clan or Tribe Called Quest, and trying everything I could to take my mind off of destroying the back of my pants.

It was my first collegiate game, my first start, so of course I was nervous.

And if that wasn’t enough, I heard inklings from some of the players and coaches that 8 of the 9 players in the line-up for WPBCC were drafted out of high-school in the previous year’s MLB draft.

Okay, now I was really nervous.

I took a few deep breaths, said a few words of encouragement to myself2, and proceeded to do my normal pre-game ritual of stretches, long-toss, and warm-up.

And then it was game time.

“Whatever, this is easy.”

4th Batter: 0-2 count, I threw a hanging curveball, and I think the ball is due to pass Neptune’s orbit any day now.

If my memory serves me, I lasted four innings, and we ended up losing that game 12-4. Or 72-4. I don’t remember all the details.

Whatever the score ended up being it stands to reason I didn’t do well.

That said, it was a learning experience:

1) Don’t throw hanging curveballs on an 0-2 count to arguably the team’s best hitter.

2) Even though I was nervous heading into that game, I’d be lying if I said I wasn’t a tad bit smug. I mean, I was an All-League selection in high-school, twice! I got this.

My first college game served as a wake-up call for me, and provided the slap in the face I needed to respect that anything can be a lesson you can learn from. And it’s how you observe, reflect, digest, and use those lessons moving forward that will make all the difference in the world. It’s how you prevent history from repeating itself.

While I didn’t realize it at the time I was using a form of DISFLUENCY to my advantage.

“The people who are the most successful at learning – those who are able to digest the data surrounding them, who absorb insights embedded in their experiences and take advantage of information flowing past – are the ones who know how to use disfluency to their advantage. They transform what life throws at them, rather than just taking it as it comes. They know the best lessons are those that force us to do something and to manipulate something.”

In other words: people who are actively “disfluent” take data and transform it into experiments whenever they can.

By putting pen or pencil to paper.

“Recording a speaker’s comments via longhand is both harder and less efficient than typing on a keyboard. Fingers cramp. Writing is slower than typing, and so you can’t record as many words.”

In not so many words, students who use laptops put forth less effort and can “collect” twice as many notes as their pen holding counterparts.3

“Writing is more disfluent than typing, because it requires more labor and captures fewer verbatim phrases.”

Common sense would make us assume that the students who took notes with their laptops – and thus, collected twice as many words – would score better on tests and be able to recite more of what the lecturer said.

Of course, you would be 100% incorrect in assuming this.

Don’t worry, if it’s any consolation, when I first heard Eminem I thought to myself “no way this guy lasts.”

There was also a time I thought Mariah Carey and I were soul mates.

Shows how much I know.

What the researches found was that, time and time again, those students who wrote their notes down out-performed laptop users on test scores of the lecturer’s content.

What Does This Have To Do With Your Health and Fitness Goals?

When we bump uglies with new information, and want to learn from it, we should force ourselves to do something with the data.

NOTE: it’s not physically possible to “bump uglies” with information. It’s just a metaphor. Don’t be weird. Unless, you know, you’re part of The Matrix or something and you actually can do it.

If so, we need to hang out.

To quote Duhigg one more time:

“It’s not enough for your bathroom scale to send you daily updates to an app on your phone. If you want to lose weight, force yourself to plot those measurements on graph paper and you’ll be more likely to choose a salad over a hamburger for lunch.”

Likewise, those people who take the time to track their training sessions – recording exercises done, sets, reps, and total weight lifted – tend to stay more consistent and make better progress than those who don’t 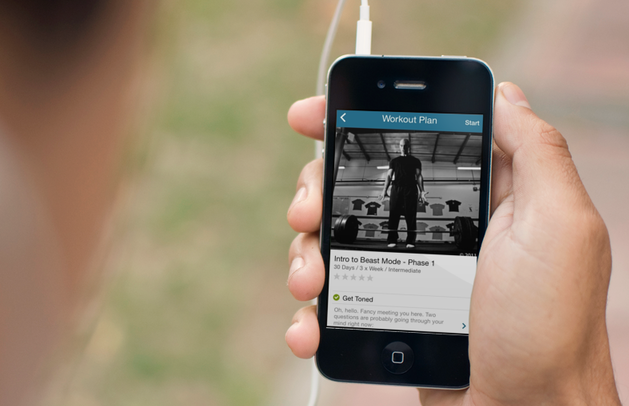 Too, when it comes to honing technique on any given exercise, reading other coach’s insights and perspectives on it is great. You may learn a new cue or subtle tweak that resonates.

However, I’d argue it’s those people who take a more laborous approach, take the time to record their lifts with a camera, and analyze their lifts that end up hitting their goals quicker and with more efficiency and precision.

Fair warning: This will not be an all-encompassing post on how to train the shoulders or how to program around nagging shoulder injuries. Frankly, I don’t think anyone wants to read a Dostoyevsky length diatribe on shoulder impingement or how improving scapular upward rotation leaves me sexually aroused. Yep, I’m weird. Instead I want to give… END_OF_DOCUMENT_TOKEN_TO_BE_REPLACED